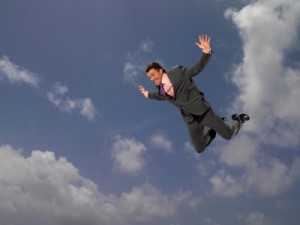 What a roller coaster ride the last two years have been. In the spring of 2009, Canadian house prices fell across the board and transactions slowed as fears of a global economic downturn spread. But then, as if only pausing for breath, Canada’s real estate market revved up once again and the spring dip looked lik

e nothing more than a good buying opportunity. So why is everyone so nervous? When I talk to realtors, fears of rising interest rates are among the first concerns raised. There is a widespread assumption that rates can only go up, and a related belief that higher rates will hammer the real estate market. In fact, I don’t think either fear is warranted. Here’s why:

While no one can say with certainty what the future will hold, especially with the world in the midst of a massive credit deleveraging cycle, I think the alarmist rhetoric about dramatically higher rates in the near future is overblown (and I’ve been saying this since April when most of the bank’s

economists were sounding the alarm bells). Make no mistake, the central bank would like to continue to raise interest rates to provide some additional breathing room for future monetary stimulus, probably from today’s .75% to about 2%. But Mr. Carney and his governors at the central bank won’t do this if it risks smothering the green shoots of our economic recovery. Instead of fast, knee-jerk rate hikes, my money is on gradual rate increases over time, which the data shows Canada’s borrowers can comfortably afford. On balance, even with higher rates, the sky should stay more or less where it belongs – comfortably over our heads.

David Larock is an independent mortgage planner and industry
insider specializing in helping clients purchase, refinance or renew
their mortgages. David's posts appear weekly on this blog (movesmartly.com) and on his own blog (integratedmortgageplanners.com/blog). Email Dave