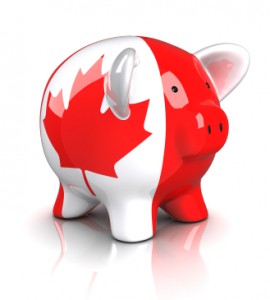 This has not been your garden variety global recession. For starters, it began with the bursting of a giant credit bubble which was fueled by low interest rates and loose monetary policy. That’s significant because central banks normally use lower rates and capital injections to revive their economies, and this time, that powder was either spent or soaked. So, what to do instead? While short-term fixes that brought forward future demand were politically expedient (better to be seen doing “something”, even if it has no positive lasting impact), there is really only one sure cure to our current global economic malaise. Deleveraging. Like a kind of credit diet, deleveraging is good for us and not much fun to swallow. Borrowing less means spen 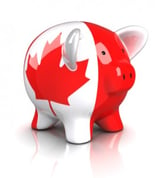 ding less, and while that’s just what the doctor ordered for bloated balance sheets awash in debt, it’s a painful process that the Economist recently described as “a fate worse than debt”.

Most deleveraging cycles last between eight and twelve years, and our current cycle is at or around the end of year three. In the US, where the credit bubble was bigger and burst more spectacularly than in Canada, the deleveraging process is well underway. David Rosenberg, an economist who came as close as anyone to predicting the burst, believes that US households have deleveraged about $1 trillion of their debt so far. His analysis of normalized US debt-to-income and debt-to-asset ratios suggests that there is another $6 trillion to go. Rosenberg estimates that this process “will last another five years, if the historical record is any indication.”

As this painful but necessary process unfolds, US government debt is exploding and one could argue that America’s overall debt level is not being reduced, but rather moved from private to public hands. How this massive public debt will ever be paid back is beyond the scope of this post, but no solution to this problem is pretty. The silver lining in all of this is the increasing US personal savings rate, which has recovered from 0% to 6% during the current deleveraging cycle. Those reserves will provide households a buffer against future downturns.

Which brings us home to Canada, where our recession was so light that it was recently referred to by economist Benjamin Tal as akin to “breathing the US’s second hand smoke.” Here, our milder downturn has not slowed our borrowing rate to

the same extent and Mr. Carney, our central bank governor, must balance the risk that higher rates will stifle our economic recovery against the risk that cheap rates will fuel a Canadian credit bubble. It’s a tough call. As mentioned in a previous Market Update, adjusting our overnight rate is like hitting the brakes on a super tanker – it takes a while to find out if you got it right. Here are some highlights of the concurrent positive and negative signals that our central bank must sort through.

On the positive side, as in the US, our personal savings rate has also improved lately. It was at 5.9% at the end of June (up from 3% in the previous quarter), and if that short-term uptrend continues, it will auger well for our future. Also, despite the fact that our borrowing has not slowed as dramatically as in the US, a recent CAAMP survey done in 2009 using 40,000 loans totaling $10 billion showed that Canadian mortgagors were borrowing at well below their maximum allowable levels, as measured by income tests. If indicative of the wider market, this means that we should be able to withstand higher rates.

Another positive signal was highlighted recently by Benjamin Tal, who pointed out that the proportion of mortgage borrowers who are older than 35 with incomes above $50,000

is increasing at the same time that the sub-group of mortgage borrowers who are older than 35 with incomes below $50,000 is decreasing. This is healthy. In the US during the bubble, the latter group of under qualified borrowers would have been among the fastest growing sub-groups. That kind of detail hasn’t made any headlines but it’s another reassuring trend to counter the fear that higher interest rates are going to lead to US type defaults and foreclosures.

Of course, there are also areas of concern. In a recent Globe & Mail article, David Rosenberg wrote: “Bank-wide mortgage lending has risen 10 per cent in the past year, compared with only a 4 per cent rise in wage and salary income. This is clearly not sustainable.” Is this accelerated borrowing a short-term trend or a sign that a Canadian credit bubble is forming? Normally debt levels are reduced during periods of economic slowdown but our rate of borrowing has showed few signs of slowing. In a recent speech in Windsor, Mr. Carney observed that “real household credit expanded rapidly throughout the recession, in contrast to previous downturns, and has continued to grow through the recovery.” In fact, Canadian overall household debt is at record levels and this is happening at a time when the rest of the world is deleveraging. The more we borrow, the more vulnerable we are to future rate increases. With inflation well under control, the immediate prospect of a dramatic hike in interest rates is remote, because while Mr. Carney wants to slow our rate of borrowing, he has to worry that too many rate increases too fast could act as a catalyst for a downturn. His is a very delicate balancing act indeed!

I Think Variable Rates…
Will stay put until the second half of 2011. While nobody can predict with certainty, I think our slowing economy will take some of the wind out of our borrowing sails. As this happens, I believe that Mr. Carney’s focus will return to

the overall health of our economy and that he will allow more time to measure the impacts of his three recent rate increases alongside the appreciation of our dollar (which creates a dampening effect on export led growth). I continue to believe that disinflation and outright deflation remain our most immediate threats and if you support that belief, then variable-rate borrowing is the way to go. While this a somewhat contrarian point-of-view, I see variable rates as a form of insurance against an extended economic downturn. In recessionary times, cheaper short-term rates offer a rare bright spot on personal balance sheets that are otherwise fighting an uphill battle. If I’m wrong and the economy stays strong, higher rates will correspond with continued growth and rising incomes, and both will help offset increased borrowing costs.

I Think Fixed Rates…
Aren’t going anywhere fast until our longer term growth prospects are on a more stable footing. It isn’t lost on me that our central bank has injected a lot of capital into our economy, and that at some point all of that extra capital and monetary stimulus will lead to inflation (and when it comes, not the mild kind either). It’s just a question of timing. If David Rosenberg is right, and the US has five more years of deleveraging before it can return to growth, it’s hard to believe that Canada will thrive in the meantime. I’m not suggesting that our short- and medium-term prospects are anywhere near as bad, but it’s hard to believe that we won’t be adversely affected when our largest trading partner (who buys about 80% of our exports), is struggling through such a difficult transition period. At some point, when growth returns, the fixed-rate mortgage crowd will have their day. I just think it’ll be later, rather than sooner.

Wrap-up
At the moment, disinflation and outright deflation remain our greatest short-term risks. I readily accept that at some point in the future, our central bank’s liberal use of their tools of reflation (low interest rates, capital injections, quantitative easing), will lead to inflation. The key is when we will transition from the former to the latter, and with so many moving parts and variables, even our best and brightest can only guess at the answer. Accepting this, I think back to the first blog post I wrote in March of this year called, “Fixed or Variable? The Question People Love to Ask”. In it, I wrote, “The bottom line is that your decision about whether to choose a fixed or floating rate is fundamentally a reconciliation of your sense of fear and

your instinct toward greed.” I went on to say that if you will lose sleep at night worrying that you’re paying too much interest, then you should choose variable, and if you’ll lose sleep worrying that rates will go up, then go with a fixed-rate mortgage. In other words, when the future is this hard to predict, go with your gut.

In spite of three months of economic free fall due to COVID-19, the Toronto real estate market...
Read More
Data