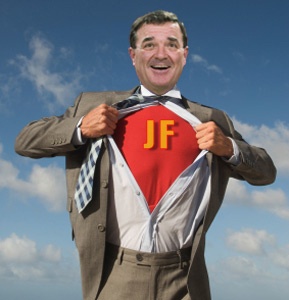 If you originally secured a mortgage by going to your favourite Big Five bank for advice, then chances are very good that you signed up for a standard five-year fixed-rate mortgage (after all, it’s the banker’s favourite). Like most Canadians, when you signed your mortgage commitment you probably didn’t realize that you were also agreeing to pay a potentially huge penalty if you ever needed to break your contract early, and that’s because, at best, the customary wording is vague. Even experienced mortgage planners can only guess at what a borrower’s fixed-rate mortgage penalty will be, and like a moving target, the quoted amount often varies widely day-to-day and week-to-week. This is patently unfa 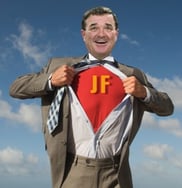 ir to customers and (gulp!) more regulation is needed. In his March 2010 federal budget, Jim Flaherty, Canada’s Minster of Finance, promised to standardize mortgage penalties in Canada, and today’s post will explain why this issue requires his urgent attention.

To be clear, I am not against charging a penalty to borrowers who break their contract early. After all, if lenders don’t charge a penalty for early payouts, they still have to recover the extra costs and lost profitability somehow, and the only alternative is to raise interest rates for all borrowers (even those who stay until the end of their term). So it’s not the principle I object to, it’s the practice. Lenders use generic language to describe how prepayment penalties are calculated, and consequently, fixed-rate borrowers have no idea what their penalty will be until they call for a quote. The imprecise wording also gives lenders too much leeway, and since the method of calculation is not specifically disclosed when commitments are signed, borrowers have no way of comparing penalty policies between lenders. That’s a shame, because the difference in approaches used can easily translate into many thousands of dollars saved or lost.

To illustrate, let’s look at some examples in detail:

The disparities appear with fixed-rate mortgages, which account for about two-thirds of Canada’s outstanding residential mortgage loans. For starters, a standard fixed-rate prepayment penalty clause looks something like this:

Your mortgage may be prepaid in full upon payment of a penalty that will be calculated as the greater of three-months interest or interest rate differential (IRD).

When current rates are lower than the rates offered at the time you started your mortgage, IRD is always the larger number, so in practice, lenders have been using IRD for the past several years. In theory, IRD is calculated by taking the remaining time on your mortgage and multiplying it by the difference between your contract rate and the rate the lender would charge if they re-lent the money to a new customer for the time remaining on your mortgage (this is called the “replacement rate”). Here is an example of how that would look:

Ouch. Well, that’s the price you pay for breaking your fixed-rate contract (by the way, a good mortgage planner knows a few tricks to lower this number – and no, you don’t have to do anything illegal). You might think a penalty of that size is bad enough, but that’s actually the most borrower friendly way to assess IRD. Some lenders, chief among them the Big Five banks, won’t use your actual interest rate when calculating your penalty. In 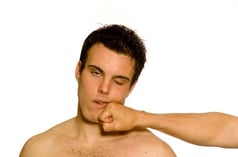 stead, they use the posted rate that applied at the time you funded your mortgage (ah…so that’s what posted rates are for!) If we recalculate the penalty above using a posted rate of 6.5% (because posted rates are almost always at least 1.5% higher than discounted rates), that $15,000 penalty increases to $24,000. Worse still, some banks actually increase the penalty further by applying the original discount they gave you on their posted rate to their replacement rate, which means that instead of comparing 5% to 2.5%, they are comparing 6.5% to 1% to calculate your penalty. This increases your bill to a whopping $33,000, but the good news is that the bank may slightly discount this charge if you sign up with them for a new mortgage that starts the process all over again!

Let’s circle back to that innocuous penalty clause (in italics above). Does it seem fair that the same wording allows lenders a discretionary variance of $18,000 on a mortgage of $300,000 that has only two years left? Should it be legal/ethical/fair for a bank to charge such an exorbitant penalty with no transparency upfront? As a borrower, if Lender A was going to charge you a $15,000 penalty to break your mortgage and Lender B was going to charge $33,000 for the same option at the same point in time, wouldn’t you want to know that when deciding which lender to use?

I never imagined that I would be championing a cause for increased government regulation, but here I am. To be clear, I’m not asking the government to decide whether lenders can charge a penalty, or to decide how much is warranted in different circumstances. All we need is proper disclosure so that customers 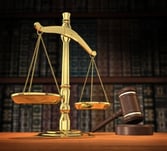 know what they are agreeing to. I am confident that the market will take care of the rest. How about just a simple table that shows the cost of breaking your mortgage at the end of each year of your term, using today’s interest rates as a benchmark with the calculations shown in simple math, as in the examples above? Isn't that all it would take?

Over to you, Jim.