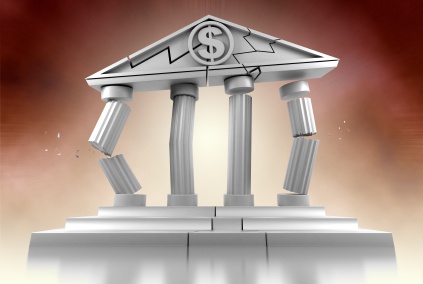 Our fears of a Canadian housing bubble are understandably exacerbated by the US housing debacle that continues to unfold. We are inundated with daily headlines about frothy Canadian house prices, and these pronouncements seem to almost merge into one story with the grim reports emanating from south of the border. But are our worst bubble fears warranted? From my perspective, no. The US housing bubble was caused, and subsequently fueled, by lending conditions and practices that have been largely absent from Canada. Today’s post takes a closer look at the fundamental differences in the way our two countr

Housing bubbles require a combination of several factors to form, but a large surplus of cheap and available capital is a fundamental ingredient. During the period from 2000 to 2006, America was flooded with capital as foreign direct investment was ploughed into the country, increasing from $1.1 trillion in 1999 to $2.2 trillion by 2006. At the same time, short-term interest rates dropped precipitously as the Federal funds rate fell from approximately 6% to 1% (whereas the Bank of Canada’s comparable overnight rate decreased only from 4.75% to 4.25% over the same period). These combined conditions lowered the yields on most investments and forced investors to take on more risk to maintain the returns to which they had become accustomed. Wall Street saw an opportunity to profit by putting this free-flowing capital into the hands of lenders (who had never enjoyed such low funding costs) and the only problem, it seemed, was finding enough borrowers for the money. By comparison, Canada also saw a substantial increase in foreign direct investment over the same period, but our interest rates were much more stable.


Lending done right is a methodical process. Each application is evaluated using the Five Cs: Credit (repayment history), Collateral (appraisal), Capacity (income), Capital (other assets) and Character (overall impression). But since American borrowing costs were so cheap and nobody was getting paid for declines, exceptions became the rule and loan approvals were made fast and furiously. Eventually NINJA (No Income, No Job or Asset confirmation) loans offering financing of 100% (or even more) flowed like water. These blind loans, where the lender basically asked for your name, pulled your credit report and then approved your application, were granted with much higher rates of course. That made them harder to afford 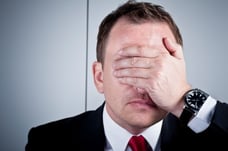 particularly since borrowers only qualified using the fake information the loan officer put on their application. But there was a solution for that too.

Lenders ‘innovated’ around this snag by using introductory two-year ‘teaser’ rates to qualify borrowers that didn’t even cover the interest cost of the loan. The accruing shortfall was simply added to the mortgage balance and, at the end of the introductory period, borrowers were coached to just refinance into a new loan with a new two-year introductory rate (another commission – cha ching!). To make sure their clients always had more room to borrow, lenders started providing loans for up to 125% of the current value of their homes (yes, this meant people were actually getting paid to borrow money). At the height of the subprime boom, two-thirds of new loan originations in the state of California were priced as either interest-only or as negative-amortization loans (meaning the initial mortgage payments did not even cover the interest cost). Everything hung together as long as house prices to continued to rise. And rise they did.

By comparison, Canada never offered anything close to NINJA loans. The closest we came were products where income could be stated without confirmation, but lenders still used a smell test and these loans were limited to 80% of a home’s appraised value vs. the 100%+ financing offered on America’s NINJA products. Canadian lenders did become marginally more aggressive, but to nowhere near the same extent as their US counterparts.

All of the new demand created by enabling just about anyone with a pulse to buy a home drove prices ever upwards. By 2006, the price of the typical US house had gone up by an average of 124% over the last ten years (average Canadian prices rose by 70% over the same period). At its peak, America’s subprime

market accounted for 20% of the country’s mortgage originations and in 2005, Ameriquest, one of the founders of the subprime bonanza, even sponsored the half-time show at the Super Bowl (Janet Jackson performed that year, which you may remember). Those were halcyon days. Even that pesky credit score, the last shred of old-fashioned underwriting still in use, wasn’t getting in the way since borrowers who couldn’t meet their other payment obligations just kept refinancing their mortgage to keep their heads above water (cha ching!). Meanwhile, in Canada, the Black Eyed Peas played the Grey Cup half-time show in a much less controversial performance.

US borrowers who had bad credit scores because they didn’t have homes to refinance were the next untapped market. Loans to this group were sliced and diced by lenders and then quickly passed off to third parties in securitized asset pools, often as part of collateralized debt obligations (CDOs). While these investment products were so complicated that very few people actually understood them, parts of these loans even came blessed with AAA ratings from the rating agencies, and investors just assumed that someone, somewhere had done the proper due diligence (in hindsight, and to no one’s surprise, the rating agencies experienced record revenue, profits and share prices for rating these products during this period). It also helped that the investments were sold by blue chip companies like Bear Sterns, Lehman Brothers, Merrill Lynch, etc. After all, these companies had been around for a century or more, right? Right? Canada’s underwriting standards were much more tightly controlled because by rule, all banks and trust companies must obtain default insurance for any loan exceeding 80% of a property’s value. This kept our lending practices on a much more even keel.

There are other structural factors that make US mortgage lending more susceptible to boom-and-bust cycles. Because their mortgage interest is tax-deductible, US borrowers can finance mortgages more cheaply than other forms of debt (which must be paid with after-tax dollars). This creates a built-in incentive for borrowers to cash out their accrued home equity to pay off other debts. (Did you ever think paying Canadian mortgage interest with after-tax dollars would have a positive angle?) Also, US  mortgage loans do not include a personal covenant which means that once a lender forecloses on your house, you are free of any further obligation. In most of Canada, a much more lender-friendly country, lenders can continue to 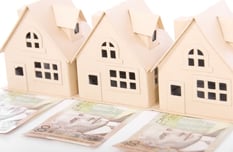 This is not to say that Canada should be exempt from any criticism over its lending practices during the same period. Our lending did become more aggressive, for example, by offering forty-year amortization periods, increasingly more lenient stated (non-qualified) income programs and 100% mortgage financing for qualified borrowers. But we were fortunate in our timing and quickly pulled back these programs when the cracks in US lending portfolios started to appear. Also, our system is more tightly controlled and is by nature more conservative (we are seen as ‘boring’ when Americans are in boom mode, but as ‘stable’ when they switch to bust) and as a smaller market, we simply don’t have the scale required to form the specialized pieces that came together to make the US lending bust happen.

While the most dramatic phase of the US housing collapse is over, the end is still nowhere in sight. As of July 2010, there were 3.98 million unsold homes in the US, which equates to 12.5 months of housing inventory (a healthy market averages 4 to 5 months). With no more tax-credits to buoy the m

arket, that number will probably increase, and that isn’t even counting the shadow inventory which includes delinquent mortgages as well as mortgages in foreclosure that have yet to hit the market. While the size of the shadow inventory is hard to pinpoint, it has been estimated to include anywhere from 2 to 7 million homes. Prices are dropping so fast that approximately 1 out of every 8 foreclosed loans now involves borrowers who can afford to pay their mortgage but are choosing to walk away because they owe more than their house is worth (this is called “strategic default”). Even foreclosures themselves are being called into question as, in many cases, the chain of title required to seize and resell the foreclosed property cannot be provided. (Technically, if the chain of title cannot be proven, then the borrower no longer owes the money. Can you picture the trial lawyers salivating?) Based on all this, one has to wonder whether this crisis is still closer to the beginning than the end.

The bottom line is that US lending conditions and practices acted as the primary inflator for their housing bubble, and that Canadian lending standards have been much more responsible by any measure. While I tend to agree with the prevailing opinion that our house prices may have overshot somewhat in the short-term, our demand has not been supercharged by irrational lending, and as such, we should stop worrying about a US style housing bust. If there is a price adjustment coming, it will be based on affordability and income levels, not on a massive correction brought about by institutionalized malfeasance in the trillions of dollars. Food for thought when you read tomorrow’s headlines.