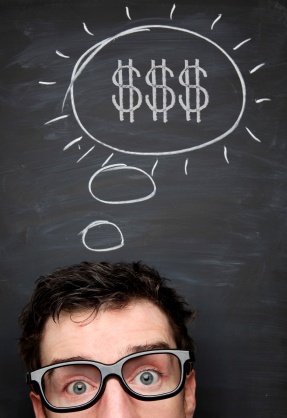 Open vs. Closed Mortgages: The Surprising Winner Is…

Borrowers who make financing flexibility their highest priority often wonder whether it is better to choose an open or a closed mortgage. This diverse group includes people who might want to sell their house, those considering a refinancing to fund a renovation before the end of their mortgage term, and anyone who plans to make large additional lump-sum payments on a regular basis.  An open mortgage can b

e paid off in full, at any time, with no penalty, while a closed mortgage allows only limited penalty-free lump-sum payments and includes a penalty if it is repaid in full before the end of its term. For those borrowers who fear these penalties, an open mortgage is tempting. But is it the best option?

Surprisingly, in most cases a closed variable-rate mortgage is still a cheaper alternative because it comes with a much lower rate, has only small payout penalties, and will allow you to make lump-sum payments of at least 20% of your original mortgage balance each year with no penalty. In fact, using an open product, whether an open variable-rate mortgage or a line-of-credit loan, for anything other than very short-term financing will cost you a surprising amount of extra money. To illustrate, let’s look at the numbers to see why a closed-variable rate mortgage quickly becomes the cheaper option.

The penalty to fully discharge a closed variable-rate mortgage before the end of its term is three-months interest on your current mortgage balance (note that lenders use their current prime rate for this penalty calculation, even though your actual interest rate would normally be discounted below prime). On a $300,000 mortgage balance, a three-month interest penalty calculated using today’s current prime rate of 3% works out to $2,250.

Now that we have the key information, let’s assume that one year from today your ship comes in and you no longer need mortgage financing. Let’s look at what the combined interest and penalty costs of the three loans above would work out to on that very happy day.

The closed variable will cost you $6,750 in interest plus a $2,250 penalty, totaling $9,000. While neither the open variable nor the standard line-of-credit includes a payout penalty, their higher rates will have cost you $11,400 and $12,000 in interest respectively. That makes the closed variable $2,400 cheaper than the next best alternative, and that’s without using any of its lump-sum payment allowance, mentioned earlier. Remember that any decent closed variable will allow you to make extra payments of at least 20% of your original balance each year, and on a $300,000 mortgage that works out to $60,000. Any independent mortgage planner worth their salt will counsel you to maximize your lump-sum payment allowance before discharging your mort

gage, and doing so will save the borrower in this example another $450 (which would then make the closed variable $2,850 cheaper than the second best option).

So why would any borrowers opt for an open-variable mortgage or a line-of-credit loan? One explanation is that they assume that an early payout penalty on all closed mortgages will be prohibitively high, as it often is with fixed-rate mortgages that invoke the dreaded interest-rate differential penalty calculation. While this misapprehension is understandable, given that the penalty wording in most mortgage contracts is vague and confusing, the fact is that closed variable-rate mortgage penalties are almost always limited to three months interest, which is a very important difference. Another explanation is that some people are so turned off by the word “penalty” that they want to avoid paying one at all costs – even if the alternative is more expensive. That of course, is an expensive misjudgment. When you think about it, an open-variable mortgage and a line-of-credit loan are effectively charging you a penalty anyway, in the form of higher interest rates - and that’s whether you pay out early or not.

The bottom line is that in most cases, borrowers who want short-term financing will still save money by choosing a closed variable-rate mortgage and paying a penalty if they pay out early. The key is to work with an experienced independent mortgage planner who will analyze your specific circumstances and who will help you choose a closed variable with the right combination of features (this is bes

t done by independent planners who have access to a wide variety of lenders). Mortgages are a lot more complicated than they used to be and this is just another illustration of why partnering with an independent mortgage expert is the bet way to keep your money where it belongs. In your wallet.