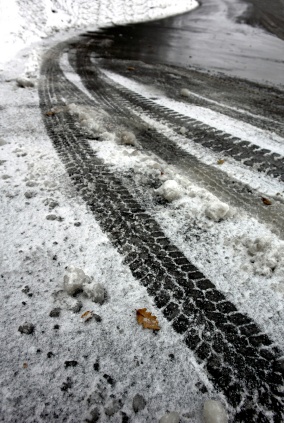 What's in the Fine Print?

If choosing the best mortgage were only about finding the lowest rate, then guys like me wouldn’t hav 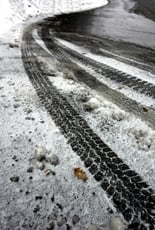 e much to talk about. After all, a commodity has no qualitative differentiation, which is why one barrel of light sweet crude oil is as good as the next. But mortgages are really more like car tires, because in both cases, you may not appreciate that there are qualitative differences until it’s too late. Let’s take a look at the parts of the fine print you should care about and why.

Conversion Rates
If you have a variable-rate mortgage and decide to lock in, what fixed rate does your contract say will be offered to you? One group of lenders will give you their best rate for any fixed term that is at least as long as the time left on your existing mortgage. Another group will offer you a set discount off their current posted rates, which can be as small as 1%. To put that in perspective, 1% off today’s posted five-year fixed rate would be 5.25% vs. the going rate of 4.35% that would be offered by the first group. On a $300,000 mortgage, that's a difference of $150 per month in interest.

Prepayment Penalties
If you need to break your mortgage contract early, you may be surprised to learn that lenders use different benchmark rates to calculate your prepayment penalty. The widest disparity can be seen on fixed-rate mortgage penalties w

here the interest rate differential (IRD) calculation is used. (This is loosely defined  as a comparison between your rate and the lender’s current rates.) Some well-known lenders take the posted rate offered when you got your mortgage (instead of your actual rate) and compare it to the current rate they offer for the term that most closely matches the time remaining on your mortgage. The closest match is usually a one or two year term, and even though lenders don't normally discount their short-term rates, they are often discounted further before being used in the IRD penalty calculation.

But fear not, because there are other lenders who use more indicative rates to calculate your payout penalty. They take your actual rate, and while they also compare it to their current rate for the term that most closely matches the time remaining on your contract, they don't discount it abnormally. As you might imagine, a contract with this method of calculating the penalty will save you thousands of dollars, and it won’t cost you a dime in extra interest. See what I mean about the fine print?

Interest Rate Compounding
The rate at which your interest is compounded affects how much you pay. While most mortgages are compounded semi-annually, some variable-rate mortgages are compounded monthly. This subtle change will add approximately 5 basis points to your effective rate (making a 5% into a 5.05% rate for example). Some of the Big Five banks have made this standard practice, so be sure to ask.

Collateral Charges
Is your lender registering your variable-rate mortgage and/or line of credit as a mortgage charge or a collateral charge? While the interest rate on a mortgage charge can’t be changed until the end of the contract term, the interest rate on a collateral charge can be adjusted by the lender at any time, because it is classified as a demand loan. That means your floating rate of prime minus fifty can be changed to prime plus fifty in the middle of your term. Many well-known lenders register their variable-rate mortgages and lines of credit as collateral charges, but there are others who register them as a standard mortgage charge.

Portability
This feature allows you to take your mortgage with you if you move to a new house (subject to certain  conditions). If your mortgage has an interest rate that is lower than current rates, bein

g able to port your mortgage means avoiding higher interest costs and not having to pay a penalty for breaking your existing contract. If you're worried about interest rates heading upwards, any option that lets you transfer your existing mortgage and interest rate could come in handy down the road.

Assumability
Did you know that some mortgages allow you to transfer your mortgage to the people buying your house? If the interest rate on your mortgage is lower than market rates, you can offer the option to assume your mortgage as an inducement when selling your home. There is some risk to this strategy, because you are on the hook to the lender if the new homeowners fail to pay, but it is an option people use and it may make sense in certain circumstances.

Prepayment privileges
In their 2010 Consumer Mortgage Survey, CMHC reported that only 13% of borrowers took advantage of their mortgage prepayment options, but those who did so will realize that not all prepayment privileges are the same. Some lenders allow you to prepay up to 25% of your original mortgage at any point during each twelve-month period, while others allow you to prepay up to 10% but only on the anniversary date of your contract. For someone who anticipates making prepayments, parking your money while waiting for your anniversary date to roll around is a lot less attractive.

When you’re deciding on a mortgage solution that best meets your needs, rate is obviously very important. But just as saving $200 on your tires doesn’t seem like a good deal when your resulting lack of traction leads to a $2000 repair bill, so too will giving up a lot of mortgage flexibility for a slightly lower “no frills” rate seem like a lousy trade-off when your prepayment penalty is twice what it could have been. Each borrower will value the various features differently, but understanding what you are trading off is an important part of making an informed mort

gage decision. The best news is that, in many cases, the features you value can be found at a different lender at no additional cost.

If you’re talking to someone about mortgage advice, ask about the items on this list that are important to you and get their responses in writing. If you aren’t getting straight answers (and “trust me” doesn’t count), then start looking for a new advisor. There are plenty of experienced, professional independent mortgage experts who have mastered the fine print in mortgage contracts. That’s why it pays to shop around and to ask about more than just the rate when you do.