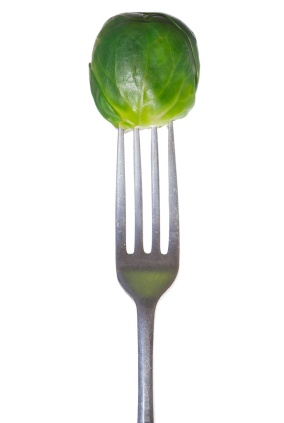 CMHC Mortgage Insurance Changes: What They Are, Why They Matter and How They’ll Be Good For Us (in a Brussel Sprouts Sort of Way)

On January 17, 2011, Jim Flaherty, our federal  Minister of Finance announced changes to

the Canadian Mortgage and Housing Corporation (CMHC) underwriting rules for high-ratio mortgage insurance. The changes were designed to slow the rate at which Canadians are borrowing and to further stabilize the Canadian housing market. While the announcement led to much hand wringing among those connected to the real estate market (mortgage planners chief among them) my contrarian view is that in the end, we’ll be better off.  Today’s post explains what policies have been changed, offers insights into how the housing market and consumers will be affected, and makes the case that some minor short-term pain will ultimately lead to a greater long-term gain.

Let’s start with the mechanics of what happened. CMHC is a crown corporation that provides creditor default insurance to lenders when they make mortgage loans with down payments of 20% or less than the value of the subject property (commonly referred to as high-ratio mortgages). Our Bank Act requires that all chartered banks insure their high-ratio loans, and since CMHC is by far the largest insurer in the market, changes to CMHC’s policies are effectively changes to Canada’s high-ratio insurance market as a whole (at least for now, but more on that later). When CMHC alters its lending guidelines, the impact can be felt by tens of thousands of potential borrowers and existing homeowners across every market in the country. That’s why every real-estate-related business was paying attention when the announcement was made. We’ve got a lot riding on this.

The first change reduced the maximum allowable amortization period for insured high-ratio mortgages from 35 years to 30 years, effective March 18, 2011. (Put another way, this means that the longest you can take to pay back your high-ratio mortgage loan is now 30 years.) In real numbers, the change from 35 years to 30 years means an additional payment of about $100/month on a $300,000 mortgage at a 4% interest rate. For borrowers who are stretching to buy their dream home, that extra $100 can be the difference between passing or failing a lender’s income tests. In so far as this change reduces the number of potential buyers in the market, there could be a negative short-term impact on house prices, but I don’t think it will be significant. Here’s why:

While it is estimated that as many as 30% of all mortgages in 2010 came with 35-year amortizations, not all of the borrowers who chose this option actually needed the extra 5 years of amortization in order to qualify. Many of them, particularly first-time home buyers, chose this option simply because it was the lowest monthly payment available. In fact, a recent CAAMP report based on 85,000 insured mortgages that funded in 2010 found that only 2% of this group would not have been able to qualify using a 30-year amortization period. Based on that, I think that fears of this change causing a significant drop in house prices are overblown.

If Mr. Flaherty had asked me for my opinion, I would have suggested that we keep the 35-year amortization option and have borrowers qualify for it using a 30-year maximum amortization instead. That would have removed the riskiest group of borrowers without reducing flexibility for those who could more comfortably qualify. Also, I would have phased this change in over time in order to minimize any short-term market effects whatsoever. Alas, if Jim did call I must have been busy with clients because we never got the chance to connect before he made his announcement.

The second change reduced the maximum loan-to-value allowed on high-ratio refinance transactions from 90% to 85%, also effective on March 18, 2011. (In simple terms, this means that if you want to refinance your current mortgage, the most you can borrow is 85% of the current value of your prop

erty). Here, the government is trying to pre-empt a refinancing binge where low interest rates cause people to use their homes as ATM machines, which was commonplace in the U.S. during their housing bubble. The more equity a home owner has in their property, the bigger their buffer if house prices fall (and by extension, the safer the lender’s loan and the tax-payer’s money that guarantees it through CMHC).

The main criticism of this change is that it reduces a consumer’s ability to use low-interest-cost mortgage financing to pay out high-interest-cost unsecured debt. “After all”, say many in my business, ”if the banks weren’t passing out credit cards like candy we wouldn’t have a debt problem to deal with in the first place.” Fair enough, and you’ll get no argument from me that the banks always seem to come out on top when changes like this are made. But when mortgage rates are as low as 2.25% and credit card interest rates are still at 19%+, it’s hard to argue that mortgage lending doesn’t have the potential to do far more damage to our overall economy if we get it wrong. Hopefully Mr. Flaherty will address the credit card issue separately, and at the very least, if mortgage refinancings are no longer a concern, maybe now he’ll talk to the banks about better disclosure on the mortgage prepayment penalties they charge (as he promised to do in this year’s spring budget).

On a side note, now that mortgage refinancing for renovations on existing homes will be limited to 85% of a property’s value, and given that CMHC will insure loans for up to 95% of a property’s value on  purchase transactions, will more people decide to change houses instead of renovate? In relative terms, purchasing will certainly give you more bang for your down-payment buck.

The last change the federal government made was to stop providing insurance on home-equity lines-of-credit (HELOCs), effective April 18, 2011. While HELOCs are always limited to less than 80% of the value of a property, CMHC was insuring large pools of low-ratio loans that included them as part of a separate program called “portfolio insurance”. In this case, a lender pools a bunch of low-ratio loans together, and then pays CMHC a small fee (.5%) to blanket insure the whole group. While customers don’t even know this is happening, it’s important because if the loans are CMHC insured they can be securitized into the Canada Mortgage Bond program, which is the cheapest source of capital for lenders. Without this securitization, lenders who don’t have access to balance sheet financing will no longer be able to offer HELOCs, and with much less competition, those that remain (chartered banks) may decide to charge a higher rate of interest. 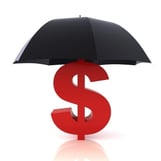 I understand why the federal government made this change. HELOCs are riskier than standard mortgages: lenders have no control over how these loans are used, the payments are interest only, and the customer can re-borrow up to the approved limit at any time. I think the government figured that insuring lenders against defaults on this type of loan might not be in the taxpayer’s interest. We’ll see if the banks change their lending guidelines on HELOCs once they have more skin in the game. (I expect that any changes will happen slowly, because if they slam the door too quickly that would be tacitly acknowledging that they used different rules for government-insured loan risk vs. their own balance-sheet loan risk.)

In light of the debacle still unfolding in the U.S. housing market, its effects on the economy at large, and similar problems in countries around the world, an ounce of prevention makes sense to me. I also think it’s good long term to have CMHC pulling back a little from the edges of the market. Today their coverage commoditizes lending ratesand if our fundamentals are good, over time private market insurers (Genworth & AIG), alternative lenders, mortgage-insurance corporations (MICs), and others can start to offer more flexible alternatives with traditional risk-based pricing. I’m also happy that future increases in the value of my home are more likely to be built with rising incomes (bricks), rather than rising debt levels (straw).

Over the short-term, there may also be some benefits. Mark Carney has been pleading with the federal government to address rising Canadian debt levels so he doesn’t have to raise interest rates prematurely. Now he has one less thing to worry about. The market knew something was afoot, and clarity 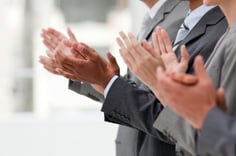 about the actual changes eliminates the growing uncertainty. Besides, this is the third year in a row that CMHC has tweaked its rules and they haven’t chopped off any arms yet. Of course, there is always problem with prevention in the political realm. If it works, it can take a long time before you start hearing the applause.