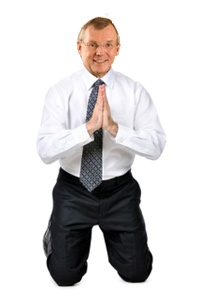 was that Canadians were borrowing too much, and that unless the government stepped in and made every lender change their policies, none would. In short, Ed was asking the government to “save us from ourselves”.  Meanwhile, Mark Carney, our central  bank Governor, has repeatedly expressed concern over Canada’s rising debt levels, basically saying, “I have to keep rates low now but the Feds had better do something about all that borrowing”. Even Prime Minister Harper recently weighed in, telling CTV that his government will change mortgage rules if Canadians continue to wade deeper into debt. Today’s post will outline the concerns around Canada’s rising debt levels and explore what changes to Canada’s mortgage rules may be coming.

Our economy is so diverse, and comprises so many moving parts, that trying to manipulate its different pieces or influence its overall direction is a very risky proposition. Think of a giant web of strands that hang together and every time you pull on one, the other pieces shift and move, creating ripples with a momentum all their own. Case in point: as our economy slipped into recession, our central bank lowered short-term interest rates to stimulate growth and speed our recovery. Longer-term rates fell as well and as the cost of borrowing decreased, consumers and businesses increased their borrowing, spent more, and economic growth returned. Problem solved? Not quite. Cheaper borrowing costs also led to higher asset prices, and bubble fears, particularly in housing, were exacerbated. After all, our return to growth was based on more borrowing, not increased productivity, and without the latter, Canada’s current economic momentum is simply unsustainable.

Before we all run for the hills, keep in mind that our current economic situation has many precedents. The temporary stimulus that increased borrowing provides can act as a very effective primer for our economic engine, and as growth stabilizes, productivity gains should return. At this very delicate point in our economic cycle though, we’re waiting for that productivity to kick in, and in the meantime, borrowing rates continue to increase. That’s why everyone is nervous. If debt levels get too high and asset and credit bubbles form before productivity returns, our economy’s interconnected parts will be hammered by systemic shocks. (On the positive side, our federal balance sheet is solid and can afford short-term deficits, and despite record consumer debt levels, our lenders are still qualifying borrowers for mortgages, unlike in the U.S. where lax lending practices were the fatal flaw that led to a housing crash. For more on that, check out my post called: How the U.S. Lent Its Way to a Housing Bubble and Why It Didn’t Happen Here). 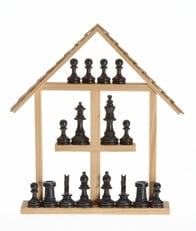 So there’s the rub. How do we provide our economy with the low-interest-rate stimulus it needs while managing the side-effect risks of over-extended credit and over-inflated assets? The federal government can most easily and directly attack this problem by changing the rules at the Canada Mortgage and Housing Corporation (CMHC), their crown corporation that insures the vast majority of our lenders’ high-ratio mortgage loans (as a reminder, a loan is called “high-ratio” when it is for more than 80% of a property’s current value).  In fact, they already did this in the spring of 2010, with three prescient changes that required variable-rate borrowers to show they could afford higher rates and larger down payments from both property investors and borrowers wanting to refinance their existing mortgages. While these changes shored up the riskier parts of CMHC’s portfolio, they didn’t really effect the rate of borrowing, so what now?

So far, Mr. Harper and Mr. Flaherty seem to be trying to talk the market down and hoping that a cooling housing market and more moderate consumer-confidence levels will do the trick. But if that doesn’t work and more direct intervention is required, what then? A solution that is too heavy-handed will short-circuit demand and cause the very problem (price crashes) they seek to avoid. Lowering the maximum amortization period from 35 to 25 years as Mr. Clark suggests, for example, seems too draconian. (If Mr. Clark is concerned about debt levels, perhaps he might tell his bank to stop encouraging its mortgage customers to register 125% of their home’s value on title, which is being marketed as a way to make it faster and cheaper for them to borrow more money from TD in the future, if their home goes up in value.)

, when it’s really the borrowers who need longer amortizations to qualify who are the far riskier group? As an alternative, for example, if the maximum amortization allowed for qualification purposes was reduced annually by one year, we would improve the risk profile of CMHC’s portfolio over time, and in a methodical way that would not hammer the housing market. Another option would be to limit extended amortizations to borrowers with credit scores of 650 or higher, ensuring that only those with a strong history of credit repayment could take on the marginally increased risk of longer amortizations.

Let me take off my mortgage planner hat for a moment. If we’re trying to preserve the health of our housing market, how about eliminating 5% cash backs on mortgages for 95% of the value of a property? In October 2008, CMHC stopped insuring mortgages with no down payments, requiring that borrowers put up a minimum of 5% of their own money. Shortly after this change was made though, many lenders, chief among them the Big Five Banks, responded by introducing cash-back products that offered borrowers 95% financing with a 5% cash back that could be used for CMHC’s required down payment. This quickly restored 100% financing as a borrower option and undermined CMHC’s intentions. If we’re going to act in the best long-term interest of our housing market and want to preserve its collective value, let’s ensure that borrowers can put up a minimum of 5% of the value of the property they want to buy with money from their own resources. Given the importance of a home’s value to most personal balance sheets, I don’t think it’s radical to suggest that people should have some skin in the game if they want to become owners.

h talk about rising debt levels coming from all directions, change is in the wind. If Mr. Harper and Mr. Flaherty decide to change CMHC policy as a way to reduce Canadian borrowing levels, let’s hope they continue to use their scalpel, instead of Mr. Clark’s sledge hammer.