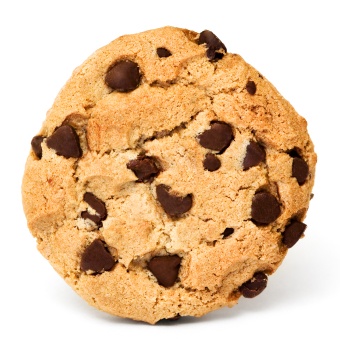 The Variable-rate Mortgage – Temptress to Us All

Ahh, the variable rate mortgage, temptress to us all. It offers you the lowest borrowing cost in exchange for the security of your locked-in rate. History shows that variable has been the right call for Canadians about 90% of the time,  but for the other 10% of the time, history also shows you would have lost mor

If you can’t afford to have rates go up then you shouldn’t go variable. The qualifying standard for high-ratio insurance on variable five-year rates takes away some of the guesswork (rightly in my view). In simple terms, if prime rates are at 3% and the posted five-year rate is at 5.5%, variable-rate applicants must show that they can afford their payment if it increases to 5.5%. It means government money won’t be used to insure variable-rate borrowers with less than 20% equity in their properties who can’t afford to have their rates go up. Hard to argue with that.

One more point before we get into the glories of all things variable. Every lender and broker will make a big deal of the fact that you can convert your variable rate to fixed at any time, and it’s nice to have that option. But don’t imagine that, if variable rates increase by 2%, fixed rates will still be at today’s levels. In reality, if variable rates have risen to the point where you are ready to convert, fixed rates will in all likelihood have done the same, making them more expensive than they are today. It’s not reason enough to forgo choosing variable-rate products, but you should make your choice knowing exactly what you are trading off.

And now for the good parts. For starters, the rates are lower. In normal economic conditions shorter term loans demand a lower risk premium, resulting in a lower rate. Borrowing at a variable rate also makes the prepayment penalty cheaper. Since the bank’s interest rate differential (IRD) penalty can’t be used, your payout penalty is limited to three months interest (which is usually less than half the cost of the IRD penalty for fixed-rate mortgages). Even if rates do go up, they will probably increase over time and the more money you save in the interim, the more they will eventually have to go up before you end up being worse off.

One of the biggest knocks on real estate as an asset class is its illiquidity. Variable-rate mortgage loans that total less than 80% of the property’s appraised value can be combined with a line of credit, which is readvanceable. This gives you the option toreborrow up to your original loan amount at any time. (For details, see my blog post called Readvanceables: How to Make Your Own Mortgage.)

The biggest benefit of having a variable-rate mortgage is realized when borrowers use the money they are saving (by having a lower rate) to pay down their mortgage faster. The most prudent approach is to set your payments at the equivalent five-year fixed rate, which will dramatically reduce the life of your loan. From a cash

flow perspective, if rates rise later, your payment doesn’t have to change until it exceeds the fixed rate you used to set your payment.

While variable-rate products come with some additional risks, when used prudently, they offer enhanced flexibility and the opportunity to significantly shorten the life of your mortgage. Tempted?