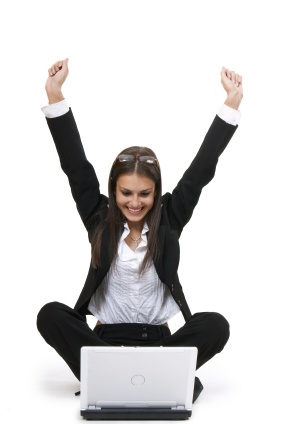 Home Buying 101: How to Get the Lowest Interest Rate 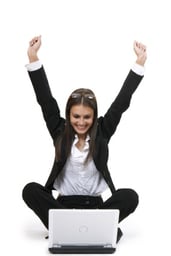 To the uninitiated, Canada’s lending market must look like a very egalitarian place. All of our major banks post the same mortgage rates (raising and lowering them practically in unison),  lenders make no distinction between small town and big city borrowers, and the standard interest rates they charge do not vary according to the size of a borrower’s down payment. Yet discretionary pricing is alive and well, and a study just released by the Bank of Canada called “Discounting in Mortgage Markets” helps us understand who gets the discounts and how large they are. In today’s post I’ll summarize the findings of the authors Jason Allen, Robert Clark and Jean-François Houde, and I’ll offer my take on how the insights they offer can help you get a lower mortgage rate.

The study was done using data from CMHC and Genworth, Canada’s two dominant high-ratio mortgage insurers, and it focused primarily on five-year fixed-rate mortgage discounting from 1999 to 2004. (Using insured mortgages for this type of analysis is important because they offer minimal risk to lenders, which means that pricing differences cannot be primarily attributed to varying levels of perceived borrower risk). Like me, you may be surprised at the wide disparity in the interest costs paid by borrowers.  To wit, the study found that on an average loan of roughly $150,000, borrowers whose interest rates were in the 25th percentile of the discount spectrum saved more than $9,000 over a five-year period when compared to borrowers whose rate discounts fell in the 75th percentile. This difference then grew to $32,000 when amortized over twenty-five years, so we’re not talking about small variations in price here.

To help us understand how our current mortgage interest rate market works, the study gives us some useful background on the forces that created it. Specifically, Canada’s major banks first embarked on their strategy of establishing higher posted rates, and then negotiating pricing discounts on an individual basis, as a defensive response to increased foreign competition in the mid-1990’s. While the average spread between  government bond rates and average consumer mortgage rates stayed relatively constant after
this change, there was increasing disparity in the rates offered to individual borrowers. So we moved from a model where most borro 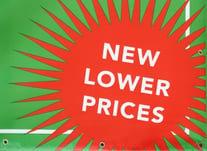 wers received close to the same rate, to a world where some borrowers were offered more aggressive discounts at the expense of other borrowers, who paid higher rates in order to make up the difference. In our current pricing regime of stealing from Peter to pay Paul then, how then do you make sure that you’re Paul?

For starters, fight the impulse to just take the first offer you get, particularly if it is from a bank. Blind loyalty can be expensive. While many people assume that their bank will offer them the best rates if they have been long time customers, the opposite is true. In fact, as I have written in previous posts, the number three is a magic number to banks because if you have three or more products with one bank you are far less likely to shop your business.  Because of this, you are deemed to be much less price sensitive. So it doesn’t come as a total shock to me that the report finds that all else being equal, richer households tend to pay higher rates (in part because they shop less). The report also found that overall, new clients received a rate discount of 10 basis points more than existing clients, and “borrowers who are new clients at one of the Big 8 banks receive less of a discount than borrowers who are new clients elsewhere”. In the end, it concluded that “loyal customers pay more”. [Note: in the study, the Big 8 was listed as our traditional Big 5, plus National Bank, Desjardins and ATB Financial.]

The next key to getting the best rate is to shop around. Whether you enlist a mortgage broker or shop on your own, one of the report’s main conclusions is that “Irrespectively of their characteristics or the characteristics of the local market, informed consumers will always receive a good rate from the lender.” In a related point, while renewers known not to shop their lender’s renewal rate (85% renew with their existing lenders), those that do are rewarded for their efforts. The report found that while first-time home buyers enjoyed better discounts than most repeat buyers (because they spent more time shopping around), repeat buyers who did their homework secured rates that were better still. Of course, if you’re too busy to do the leg work, you can always partner with an independent mortgage broker, which t 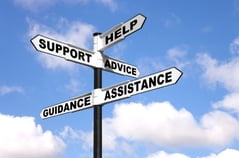 he report concludes will leave you 32 basis points better off than a borrower with a similar profile who  does not use a broker. By comparison, mortgage rates offered by bank mortgage specialists showed a slight extra cost of 3 to 4 basis points versus the average, which isn’t surprising, given that “negotiating larger discounts is costly for the bank and can reduce the commissions earned by branch employees”.

Lastly, know thyself. The report cited several areas where certain borrower characteristics led to rate premiums. For example, it found that lower income borrowers “face greater levels of price discrimination when bargaining in person at the branch than they do when transacting through a broker”. The study also found borrowers pay about 12 basis points more for a down payment of 5% compared to borrowers with a down payment of 15%, and the data showed that rates were higher in “more concentrated markets” where there was less competition for business. (This means that smaller towns with only dominant lenders will tend to offer less discounting.) If you fall into one or several of these categories, or if negotiating is just not your strong suit, consider the report’s finding that “rates negotiated through brokers are less responsive to household characteristics”. In other words, borrowers who used a broker were penalized less for having any of these perceived weaknesses.

While the report offers some much needed insight into who is paying what in the Canadian mortgage market, it is still limited because it focuses solely on the interest rates being paid. If an overlay of the differences between mortgage contract terms and conditions were also applied, the benefits of seeking independent mortgage advice would be even more apparent (for more on this topic, take a look at my post called “What’s in The Fine Print”). The bottom line is that if you are perceived to be loyal, it will cost you, and if you shop around, you will almost always be better off. So if you have the time and the inclination to negotiate your own mortg

age terms, take advantage of the wealth of information that is now available to the determined consumer. On the other hand, if you’d rather partner with an independent mortgage expert (at no cost), the data from the Bank of Canada’s latest report should help you rest assured that it will pay to have someone looking out for your best interest (no pun intended).