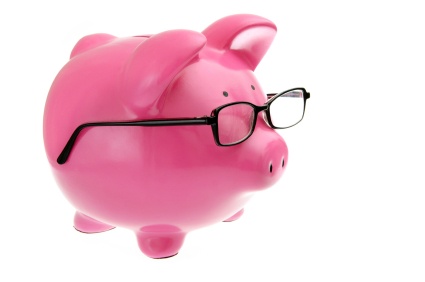 The Best Mortgage Rate No One is Talking About

Fixed-rate mortgages offer borrowers predictability and peace-of-mind in exchange for higher initial borrowing costs (over the longer term, the total cost can be more or less depending on what happens to mortgage rates). Really, fixed-rate mortgages act as a form of ‘rate insurance’, and just as with other forms of insurance, both the coverage you get and the cost of the premium you pay have to be

weighed when determining your best option. Most Canadian fixed-rate borrowers almost always choose a five-year term, but that instinctive response may not be the best choice – particularly in today’s environment. Today’s post will get to the root of why people choose fixed rates, and offer a little-known insight on where the real value in today’s fixed-rate mortgage terms can be found.

In my blog post called Fixed or Variable? The Question People Love to Ask, I wrote that a borrower’s decision about whether to choose a fixed or variable rate was fundamentally a ranking of their sense of fear versus their instinct toward greed. While conservative borrowers prioritize protection over savings, most of the people I talk to don’t necessarily think they are giving up one to get the other. Deep down, they also believe that choosing a fixed rate will save them money in the long run. In today’s environment, if their fixed term is ten years rather than five years, they could well be right.

Today, the belief that fixed rates will prove cheaper in the end is most commonly based on the view that governments will continue to print money until they inflate their way out of debt. Higher inflation will also increase tax revenues, so from a government’s perspective, what’s not to like? The only real problem for people who subscribe to this view of the future is timing, because over the short term, disinflation seems just as likely as inflation: most of the printed monies have yet to start circulating in their economies; governments and consumers are trying to reduce spending en masse; and we are seeing considerable slack in the economies of most of the developed world. 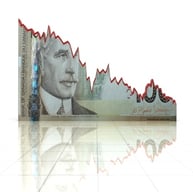 So if you think inflation (and not the mild kind) lurks around some future corner, how long should you lock in your rate to best protect against this risk? While the majority of borrowers opt for a five-year fixed-rate mortgage, I think the real interest-rate protection they offer is limited. After all, if it takes three years for inflation to kick in, you will have paid a premium for five years’ worth of rate insurance that in reality gave you only two years’ worth of protection. Worse still, at the end of that two-year period, you have to renew your mortgage in a rising rate environment, which is not very different from having to change ships in the middle of a storm. Based on that, locking in for a longer term (which makes the timing of rate increases less of an issue) is worth considering if it can be done at reasonable cost.

In a more stable economic environment, the cost of adding a second five years of protection to your mortgage term can be around 1.5%, which in my opinion, is expensive. But today, the market for five-year fixed-rate mortgages is at 3.89%, and I can secure a ten-year fixed-rate mortgage for 4.79% - a premium of only .9%. Today’s pricing regime makes the coverage/cost trade-off offered by a ten-year fixed-rate term much more compelling. Looking at it another way, if you think the five-year fixed rate will be higher than 5.69% in five years, you should consider the ten-year option. The bottom line is that in today’s environment, the second five years of protection is likely to be far more valuable than the first five years.

Many borrowers dismiss longer fixed-rate terms because they assume that the payout penalties are prohibitive. While it’s true that breaking a ten-year mortgage in the first five years would trigger a huge payout penalty (although taking advantage of pre-payment privileges would not), the Interest Rate Act mandates that after five years, lenders can only charge a payout penalty of three months of interest. So you’re effectively getting the option of keeping your rate for a second five-year period, and it will cost you three months of interest if you choose not to exercise it.

If you move to another property of equal or greater value, in many cases you can also take your mortgage with you (subject to lender approval). This flexibility comes as a surprise to many people and can be of considerable value if you are enjoying a below-market rate.

When ten-year money gets this cheap, it can also appeal to less conservative groups who want to bet on future inflation, such as landlords who hope to match below-market funding costs with higher, inflation driven rents. Even regular home owners can offer prospective buyers the option of assuming their below-market mortgage as an inducement when selling their home (assuming the buyers are approved by the lender). It may sound far-fetched but we’ve seen periods like this before, and interest rates have tended to fluctuate widely over the long run.

I still like the savings offered by a variable-rate mortgage for borrowers who are comfortable with risk and can afford higher payments, but I think that conservative borrowers can find much more fixed-rate value in today’s ten-year rate versus the banker’s favourite five-year rate.

There are also ways to hedge your bets with a ten-year mortgage. If you have built up equity of more than 20% in your property, you can combine your mortgage with a line of credit priced at a floating rate. If your call on rates turns out to be wrong, and inflation stays low for an extended period, you can use your prepayment p

rivileges to convert your fixed-rate debt over to your cheaper, floating rate line-of-credit debt. Over time, this can average your borrowing costs down closer to prevailing rates. If protection is your primary motivation, even though you may be wrong on the future direction of rates, the expense can still be justified.

After all, it’s not as though you buy fire insurance and then complain that your house didn’t burn down if you don’t end up needing it.