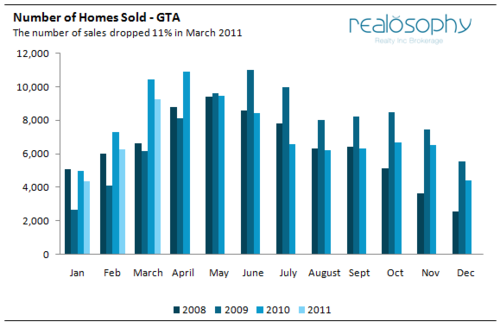 It’s worth noting that the drop in sales is slightly misleading.  While sales in March appear to be on the way down, we are comparing them to a record number of sales in March 2010.  You’ll see from the following chart that the 9,262 sales in March 2011 are significantly higher than the roughly 6,500 sales in 2008 and 2009 and the second highest March sales numbers on record. 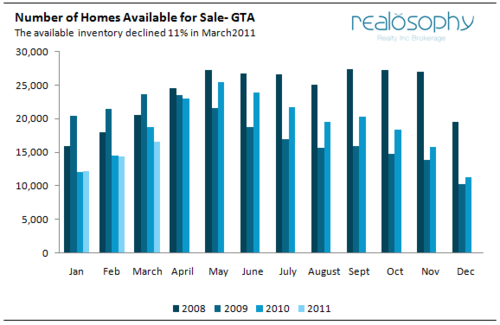 This lack of inventory coupled with strong demand pushed the sales-to-inventory ratio to 56%, deep into seller’s market territory. 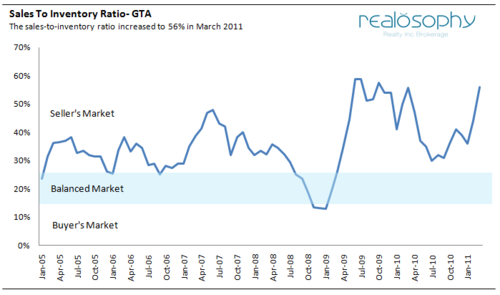 Is this trend going to continue into the spring?  It’s really tough to say.  Economists have a lot of great tools (some more accurate than others) to forecast future changes in the demand for residential real estate but I have yet to see any good indicators that even attempt to forecast changes in supply, which as we can see this month is just as important as changes in demand.  We need to see demand drop and supply increase before we see more balance in Toronto’s real estate market. 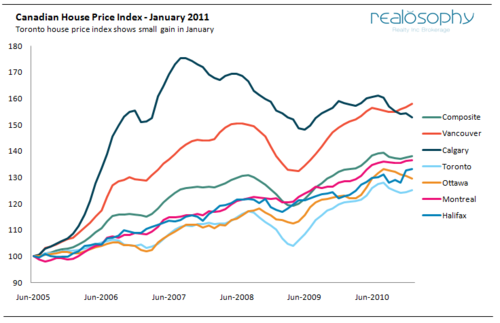