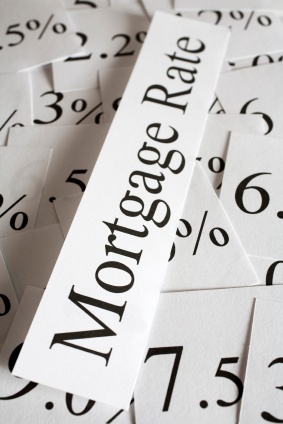 nk of Canada (BoC) Governor Mark Carney speaks, anyone keeping an eye on mortgage rates listens carefully. He leads the Bank’s Governing Council, which sets the overnight rate, and variable-mortgage rates move when the overnight rate moves. At the same time, fixed-income investors factor Mr. Carney’s views on the economy and inflation into what they will pay for longer-term bonds, so fixed-rate mortgages, which are priced off of the bond market, are affected as well.

On Monday of last week, Mr. Carney spoke to the Canadian Club of Ottawa (you can read his full comments here). His overriding theme was that the world’s economies are realigning, with emerging markets now accounting for nearly three quarters of the world’s economic growth, and he expressed concern about Canada’s reliance on the United States as its primary export market (we only send 10% of our exports to emerging markets). He reminded us that recessions caused by  financial crises tend to be more severe and last twice as long as other recessions, and he expressed serious concern over rising debt levels in much of the developed world. Mr. Carney said the biggest influences on rising Canadian inflation were increased household borrowing and spending, and the biggest downside pressure was coming from the persistent strength of our dollar. He then reiterated that “any further reduction in monetary stimulus would need to be carefully considered.” In other words, he’s going to think long and hard before raising the overnight rate.

On Wednesday, Mr. Carney spoke at a dinner that was supposed to be off the record, but wasn’t thanks to Avery Shenfeld, Chief Economist at CIBC World Markets, who missed the memo and emailed Mr. Carney’s comments out to his clients. Mr. Carney’s words were a bit more pointed this time as he  expressed doubts that the US would get serious about reducing its deficit before next year’s elections. He also said that the financial crisis is not over, and Canada isn’t out of the woods yet. No word on how he liked the soup.

On Friday our latest Consumer Price Index for April, 2011, was released by  Statistics Canada. Overall inflation held at 3.3%, driven primarily by rising food and energy prices. Core inflation actually dropped however, from 1.7% to 1.6%, and overall, the numbers came in a little lower than expected.

Lenders continued to inch their fixed-mortgage rates downwards last week , dropping them by an average of 10 basis points (0.1%) while the five-year Government of Canada (GoC) bond yield bounced around before finishing the week lower. The widespread belief that rates are headed nowhere but up seems to be softening, and talk of deflation, at least in the US, has re-entered the debate. This reminds me of Bob Ferrell’s 9th rule of investing – “When all the experts and forecasts agree - something else is going to happen”.

Variable-rate discounts held firm again and with posted mortgage rates at the Big 6 Banks dropping this week, the Mortgage Qualifying Rate (MQR) should drop to 5.59% today. This will make it a little easier to qualify for variable-rate financing.

The bottom line: Several of the analysts who were calling for summer rate hikes are revising their estimates, now suggesting that a fall rate rise is more likely – this is a good omen for variable-rate mortgage borrowers.