Would You Save More with a Fixed or Variable-rate Mortgage? (Rate Simulator) 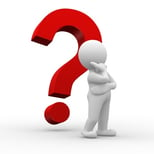 Mortgage rates have been on a downward march lately – five-year fixed-rate mortgages are now offered in the 3.69% range and five-year variable-rate mortgages can be had at rates as low as 2.10%. With the gap between fixed and variable rates narrowing from 2% to almost 1.5%, borrowers are revisiting the age-old fixed vs. variable question. Today’s post will take you inside my Mortgage Rate Simulator – it’s a tool I use with my clients to run interest-rate scenarios and compare the risks and rewards of different mortgage options.

The three simulations below will take a mortgage of $250,000, amortized over 25 years, and compare the cost of a five-year fixed rate at 3.69% to a five-year variable rate that starts at 2.10% and goes up from there. (For you fine-print readers, we have assumed that both are compounded semi-annually). Let’s also include one more wrinkle: a variable-rate borrower who decides to set her payment at the fixed rate. (This is my favourite variable-rate strategy - if you want more detail on how it works, check out my post called The Power of Prepayment.)

Now on to the numbers.

Not surprisingly, if this scenario unfolds, choosing a variable-rate mortgage today will result in a substantial saving – especially for variable-rate borrowers who set their payment using the fixed rate of 3.69%.

Variable Rate Simulation #2
In Simulation #2, the first 25 basis point variable-rate hike occurs early in September of 2011, followed by a steady string of increases for a total of nine over the next three years. This Ending Rate tops out at 4.6%.

In this scenario the relative interest cost of fixed-rate vs variable-rate mortgages is about the same. Notice though that the variable-rate borrower who set her initial payment at a 3.69% still ends up with a lower balance at renewal as a result of paying more than the minimum required. This creates a small saving now that will grow much larger over time.

Finally, let’s look at a scenario where in hindsight you would have saved money by opting for a fixed rate.

Variable Rate Simulation #3
In Simulation #3, the first 25 basis point variable-rate hike occurs in September of 2011, and we see a total of 12 quarterly increases for three straight years until the variable rate tops out at the Ending Rate of 5.35%.

Under this scenario, a fixed rate would end up saving you about $4,000 over five years. Our variable-rate borrower who set her payment at 3.69% still benefits from having used her approach, even though the variable rate only stayed below the fixed rate for two years. She has saved $500 in interest cost for banking her variable-rate savings while she could, and her total interest saved over 25 years will grow to $2,500. Using this strategy for as long as it is available will soften the potential blow if and when rates rise.

Of course, there are any number of rate scenarios to imagine, along with other comparisons that can be made between different mortgage options, such as short-term fixed vs. long-term fixed rates. Today’s post does not try to predict the future direction of mortgage rates (if you want my best guess at that, check out my Spring Mortgage Market Update). Instead, it offers different scenarios where one option proves less expensive than the other, and shows the magnitude of the difference. You may find some of the results surprising.