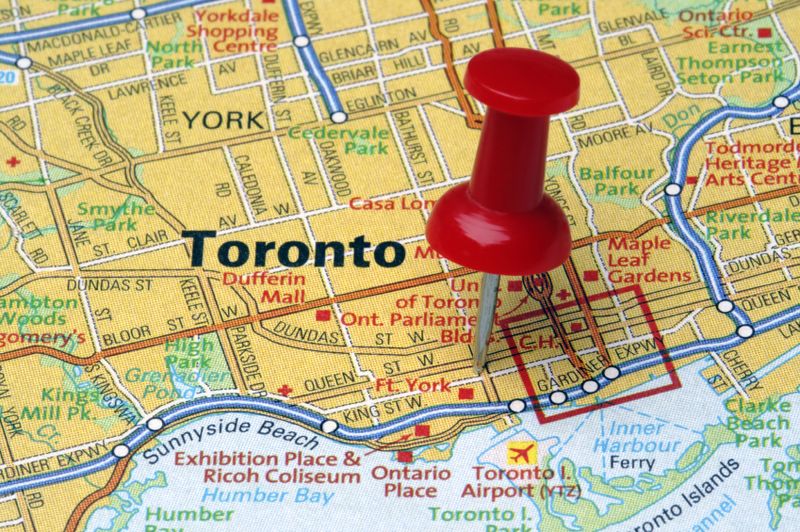 The Germans must have a word for that feeling of being reluctant to read something that you are sure has been created only to excite you into frothy denunciations on your blog.

Just read this month’s Toronto Life cover story titled “Exodus to the Burbs” (also profiled on CBC’s Metro Morning). Showing more skill at the misleading headline that the whiz kids behind those damn Yahoo News! stories you keep clicking on, Philip Preville’s piece is really about something else – young professional families with last names like Martin, Dunlop and Porter are choosing to semi-retire, job-share or otherwise slow down and move to small towns like Dundas, Creemore and Uxbridge. (Preville, a frequent contributor to Toronto Life, and his family have moved to Peterborough for his wife's new job.)

What follows over six pages is an attempt to make this personal decision into a story about Toronto dying a slow, unlivable death. Perhaps inspired by the sorry state of US politics, Preville goes on to make this about ideology: only our fool moralism (the kind that advocates the superiority of cities) keeps us from seeing this “heart-stopping” truth. His editor, Sarah Fulford, blames our demise on the Spadina Expressway and the Millennium Park that aren’t. But such trophies, even if we were ambitious enough to acquire them, are unlikely to satisfy those profiled by Preville: a long-suffering couple fighting all odds to rush from their downtown 9 to 5 to get to the cottage (they’d still be bitching on the Spadina Expressway) and a woman who would probably find it too annoying to get to Millennium Park anyway (“you have to pack your bags with diapers, bottles, snacks, changes of clothes, all that stuff…only to cut the outing short so you can come home and hurriedly fix lunch”). I won’t even go near Preville’s argument that he needs the watchful eye of his small town neighbours to keep him from being an asshole who litters in front of his children as I am bewildered by this.


Of course, Preville is right about the stats. 25 to 44 year-olds are most likely to leave the city and do – but this is not a Toronto thing. The U.S. Census revealed the same trend for 35 to 44 year-olds in cities that Fulford would have us feel inferior to: New York, San Francisco and Boston. Nor is it a new thing. Families have always flocked to the suburbs. So what?

Some argue that we are losing an entire shining class of people who are critical to the building of our cities and urge city builders to take notice. But should they?

When the middle class exploded into the suburbs in the 1950s and 1960s, there was genuine concern about politicians abandoning the hollowing city, and nobody wrote about it better than Jane Jacobs. People who choose the city don’t do it because Jane told them to – if Preville spoke to those outside his circle he’d know that most Torontonians don’t know who she is – but they experience the city to be largely as Jane championed it. Yes, the city has thin walls, shared driveways and struggling schools, but it also has lively mixed-use streets, opportunities for engaging with like-minded people and spontaneous exposure to the different, and thanks to Toronto’s strong neighbourhood culture, places where everyone knows your face if not your name. It is true that the demands on a young family are great, and it is understandable that they may wish to opt out of urban living, but opting out is not a new trend. What is new is that more young professional families than before are opting into city building, fueling the revival of many Toronto neighbourhoods, many in the inner burbs where houses are bigger and less expensive. They represent only a small segment of their population, but their small shift is one that matters and may be the real story of this decade.

At Realosophy, we talk to many young families determined to stay in the city and more coming in from the 905 (i.e., the real suburbs of Toronto). They do not, like Preville, believe that “space is the best thing that money can buy.” Time is (most want to shorten or eliminate commute times), followed by exposure to city life. We know families of 4 and 5 holding out in 2-bedroom bungalows in Old East York and 2-storey semis in Roncesvalles, stuffed but staying. These families need more than a shoebox condo to live in (but they don’t need a huge yard and will ditch the car if they have to), they need transit to work much better (but they don’t have an innate aversion to sharing public space) and they want safe access to the green spaces of Toronto (but they accept that taking the kids to the park will take effort). These are the families that city builders need to listen to.

A few weeks ago, a young father walked into our office with a dilemma – he needed more space for his family of four, but he didn’t want to leave Leslieville. Could they possibly find a 3-bedroom house before they had to – dread – look in more expensive and suburban Riverdale or The Beach? (Interestingly, Preville and most of his unhappy city campers lived in Riverdale and The Beach.) This week, we heard from a young family that regrets their move to Thornhill three years ago and wants back into the city (they will avoid a financial hit only because they bought when the market tanked in 2008). The Globe and Mail and the National Post recently profiled families making the same move. What Preville brushes off as Toronto’s accidental survival (only immigrants who “don’t know what they are getting into” move here) the same issue of Toronto Life profiles differently – a young family from Caracas, Venezuela that needs the safety of Toronto but doesn’t want to lose the lively street life they grew up with (they love Yonge/Eglinton). Thanks to our Neighbourhood Match service, we work with many relocators to Toronto (and love the amazing array of people we meet); if they complain, it’s because Toronto is too dull or too conservative for entrepreneurs not because it’s too “noisy, smelly, and dusty.”

It’s not easy for a family to stay in our city. But if you want to do it, it’s possible and it’s a topic we’re getting really into at Move Smartly. In June, the Realosophy team highlighted Top Ten Neighbourhoods for Great Schools and 3-Bedroom Houses Under 500K. This month, we’ll be looking at Top Ten Neighbourhoods for Subway Access and 3-Bedroom Houses Under 500K.

And what of Preville’s accusation that we shouldn’t judge those who leave the city? Fair enough. But if, as Preville argues, forgoing space, living with less and sharing more are the biggest compromises of city living, it may be of benefit to learn to do it well. For if the world’s economy is indeed shifting on its axis, tilting east towards those who want to speed up not slow down, teaching our kids to live with less and share more may be the best life lesson they’ll ever get.