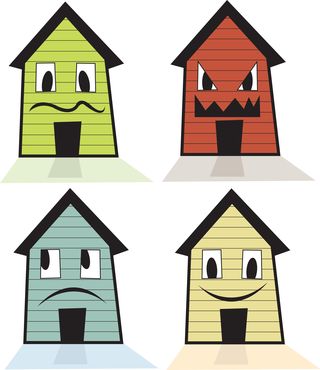 The blogosphere has been abuzz about “FML Listings” an anonymous blog launched by a frustrated Toronto home buyer. FML’s MO is as simple as it is addictive: post a not-so-hot house with a whopping price tag listed on realtor.ca and add raw commentary. See for example, this post about a $739,000 house at Jane and Finch:

Does this mean that not only can I not afford to live where I want in North York because of the million dollar bungalows, and I for sure can’t live in my first choice of mid-town, I can barely live in Leslieville because of crazy bidding wars, but now I can’t even buy a reasonably priced home at JANE AND FINCH?!?!  Is this what it feels like to hit bottom?

It’s like the Globe and Mail’s celebrity caption guy for houses. It’s also a tonic for those tired of hearing (and experiencing) that a house is worth what the market (i.e., the next buyer) decides it is.

FML and spouse own a home in Richmond Hill, but after being underwhelmed by suburban life, decided to move to Toronto to be closer to family, friends and work. That was three years ago. The search continues.

Urmi Desai: Why did you start blogging about the real estate situation in Toronto?

FML Listings: After seeing so many ridiculous listings, I started to think maybe I was the only one who was wrongly thinking they were insanely overpriced. But then I saw one that just put me over the edge. I posted it to Facebook, and I got a lot of feedback that I didn't expect. Firstly, it made me realize that it wasn't just me who thinks that a million dollar bungalow is out of whack, but more importantly that not many people were actually aware of the situation that was going on with some of the listings around the city. I started finding more and more of these listings, each one worse than the next, which drove me to start the blog so I could show at least a few other people what was really going on in this city. It's really disheartening to go into an open house priced at $600,000 that you know is worth $400,000 and you're sure it's not going to sell, but then the open house is packed with people and it ends up turning into a bidding war situation. So to be able to have this outlet where I see feedback from people actually agreeing that it is ridiculous, it has validated the years that I've spent watching the market, being stressed out, wondering "who's buying these?!”

UD: What do you think is driving the house feeding frenzy in Yonge St. neighbourhoods in North Toronto?


FML: I wish I knew. About 6 years ago I saw an old abandoned bungalow for sale at Yonge and Churchill. I enquired about the price because I thought it would be a good home that I could fix up and live in, and maybe it'd be a low price since it was old and abandoned. It turned out to be selling for a million dollars, so I laughed at the guy and didn't buy it. Six years later, every single bungalow on that block has been sold for close to a million dollars, torn down, and huge houses have been rebuilt on the land where they once stood. So I can tell you for sure that this started a while ago… If you browse North York you'll see that a good chunk of houses are newly built, with remnants of charming little old houses in between being listed for sale. I think investors (whether in Canada or overseas) see this, and they're buying them trying to make a profit. Although, I have also seen semis sell for $600,000 in that area, and those aren't investors… so I can't imagine what's going on with that. I guess the million dollar sales of small bungalows now shows that those prices are "fair market value" in that area, so I would assume these buyers buy them thinking that is the right price. They don't know the history of the area, and their agents aren't telling them anything different.

Editor’s Note: Realosophy Analytics show that schools are a major factor driving bidding wars in some neighbourhoods. Read our new series on schools and real estate on movesmartly.com starting next week.

UD: Are some neighbourhoods worse than others when it comes to overhyping/overpricing dumpy houses?

FML: Definitely North York is the worst I've seen, but the more I look around the city the more I find. And now with this blog, I'm getting tons of people submitting from places like Brampton, Etobicoke, Richmond Hill, so it seems that it's not just concentrated to Toronto anymore, which makes it a much larger and scarier situation. Some areas used to be overpriced because the sellers did really cheap renovations on them to up the price, but now I'm seeing overpriced and dumpy looking places all in one listing. This means to me that the market has gone so crazy, that sellers aren't even renovating them, barely cleaning them before they list them at some overpriced amount.

UD: Marketing a house is similar to the ‘negative political campaign’ problem – most people scream about it until they start doing it themselves. Won’t you be tempted to pump up and gloss over when you sell your house?

FML: In a way, unfortunately yes… I want to buy a house in Toronto. My family is here, my friends are here, my work is here, etc… but to even barely afford a house here I need a huge down payment. And I can't get that down payment unless I sell my house for a big chunk of money. It's a total catch 22 and maybe it's hypocritical of me, but the only thing I can say to try and justify it is that I'm not overpricing my home by hundreds of thousands of dollars like some of these places in Toronto. I'd say I'm pricing it 20-30k higher than I would probably buy it for. Not that that makes it any better. But, it's a double-edged sword, and I start the blame with the realtors/sellers in this city. They're the ones driving up prices in the hundreds of thousands knowing that people will buy at almost any price, with no rhyme or reason behind those prices.

UD: What is the worst example of “shit that realtors say”* that you’ve come across?

FML: Oh god, where do I start? I think my favourite is when a realtor tells me how much the carrying cost of a house is, or how much the renovations will be. I've been in open houses selling for $900,000 where an agent would say that the carrying cost of the house with only 5% down would only be $1600.00 a month (which is about $3,500.00 away from the truth). Luckily I'm not a first time buyer, so I don't get caught in that trap. But some people do, and they think they can buy these homes for such low carrying costs, then move in and realize they're screwed. Obviously it's buyer beware and do your homework, but the agent must have to have some type of accountability. On top of that, I've seen just outright lies… I've seen listings that are in Newmarket that say "10 minutes to downtown Toronto!!". Like, very obvious lies.

(Bonus Question) UD: So Google search turns up several meanings for "FML" - one apparently being "Fix My Lighthouse." What does it mean to you?

FML: Well, as for the acronym, it stands for "F**k my life.” Urban dictionary defines FML as "When one is in a bad situation and needs to fill that aggravated "sigh" with a word" which is exactly how I feel about the whole situation. I'm not a first time buyer, I'm married, we both have great jobs, and have what we think is a safe down payment. But even with all that, we still can't buy a reasonably priced house in the city we grew up in.

Urmi Desai is editor of the Move Smartly blog and is responsible for strategy and marketing at Realosophy Realty Inc. Brokerage. A leader in real estate analytics and pro-consumer advice, Realosophy helps clients buy or sell a home the right way. Try our free Neighbourhood Match tool to find the right Toronto neighbourhood for you. Email Urmi