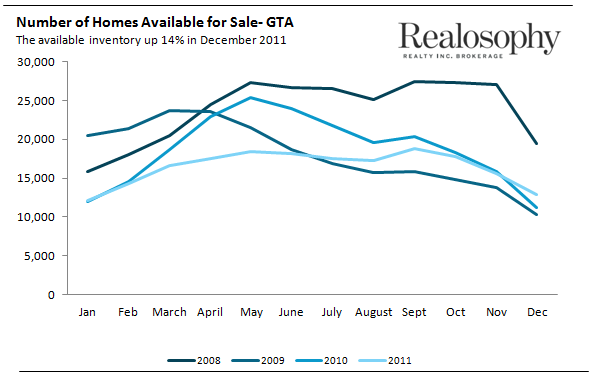 But we know the aggregate stats don't tell us too much about the market so I'll take closer look at the key figures that drove Toronto's real estate market in 2011.

The big news in 2011 was the limited number of houses that came on the market for sale between April and June, traditionally the peak months for the market.  The following chart shows the monthly inventory (houses available for sale) for the past four years.  You'll see that inventory levels between March and June for 2011 were significantly lower than previous years.

The following chart does a slightly better job of showing just how much inventory levels declined compared to last year.  It shows the percentage change in inventory in 2011 when compared to the same month in the previous year. The number of homes available for sale was down 27% in May. 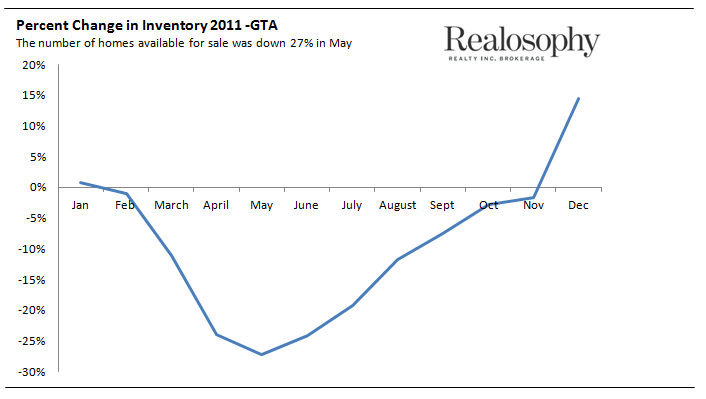 The following chart shows the monthly sales for the past four years.  Note that the sales volumes for the first four months in 2011 were actually down when compared to 2010.  But from May on sales have been up for every month. 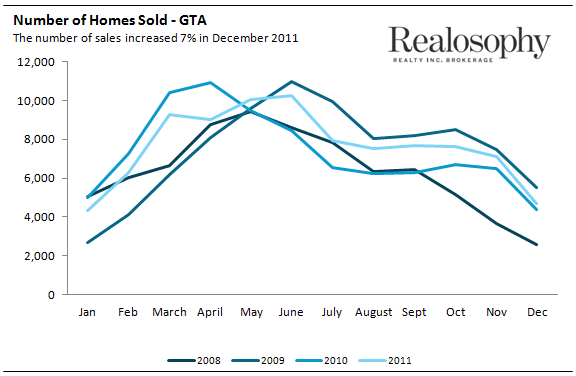 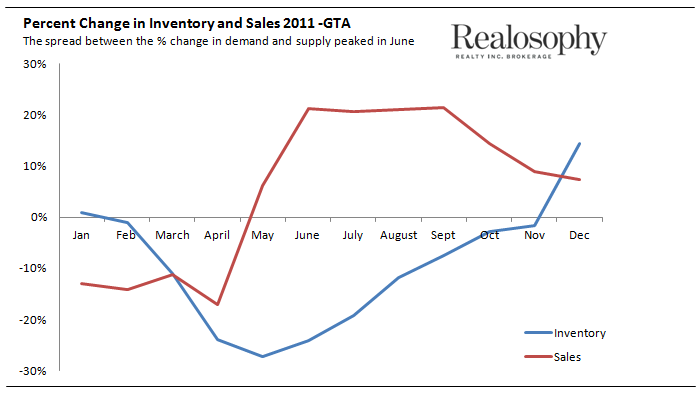 You'll see that the difference between the change in demand versus the change in supply peaks in June.  Sales were up 21% that month and inventory was down 24%.

The following chart shows the sales-to-inventory ratio for the past six years.  The sales-to-inventory ratio shows the balance between supply and demand in the market.  You'll see that the ratio also peaked in June (for 2011) showing that the imbalance between supply and demand was the highest in that month.  After June the ratio began to decline as more houses came on the market for sale. 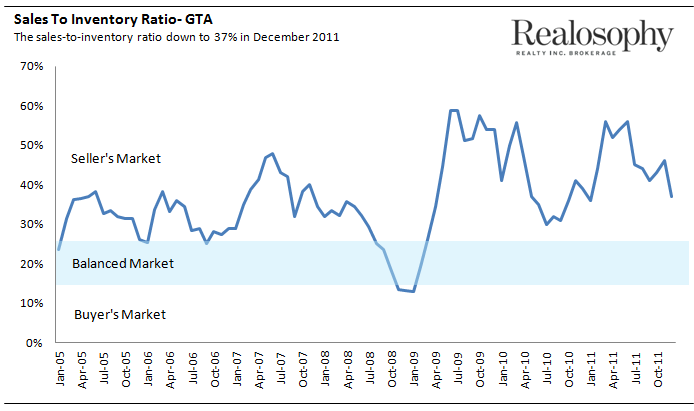