I’m an optimist at heart so let’s start with the good news. Barring a glob 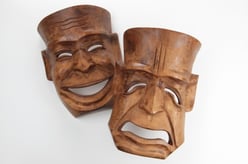 al and systemic financial meltdown, our mortgage rates will probably stay at their current rock-bottom levels for an extended period of anywhere from one to five years.

The bad news is that these ultra-low rates will be the by-product of a massive global deleveraging process, which will be as necessary as it will be painful to the world’s most indebted economies. While Canada will not be at the epicentre of this debt purge and while we are somewhat uniquely positioned to endure the coming downturn (more on that later), we will not be immune from the negative effects that deleveraging will have on global economic growth.

We are in the midst of a significant turning point in modern history - the end of the Debt Super Cycle. For some forty years the developed world has increased its debt as both governments and consumers have spent more than they have earned, and borrowed to make up each incremental shortfall along the way. But over time, this debt-fuelled growth has created a false sense of prosperity because the bills just kept getting bigger, and in the end, the piper must be paid.

To be clear, debt is not necessarily a bad thing. When used wisely it allows borrowers to increase their buying power, and when responsibly secured against collateral, it creates a relatively low-risk return for investors. But debt can also tempt borrowers to overspend because it combines instant gratification (buy now) with the ability to delay ultimate repayment well into the future (pay later). For governments in particular, the opportunity to realize short-term electoral gain in exchange for long-term deferred pain has proven too tempting to resist, especially in countries where the cost of borrowing has been at ultra-low levels for an extended period.

This brings us to debt’s other inherent flaw as a long-term solution: in most cases it must be rolled over. Each time debt is refinanced, investors have a chance to revisit the risk profile of the loan. If the borrower’s prospects aren’t looking as promising, investors demand a higher rate of interest to compensate for the loan’s greater perceived risk. That means borrowing costs can change in a hurry. To put the destructive potential of this key feature in context, consider that in 2012 the total debt that must be rolled over by the G-7 countries combined with China, India, Brazil and Russia is almost US$8 trillion; and that’s before any inevitable new borrowing is added. Imagine how different the global economy would look if the cost of that debt were to rise precipitously.

particularly those in the euro zone, debt’s day of reckoning is now at hand. Bond markets are no longer willing to offer risk-free interest rates to profligate countries with enormous debts and stagnant economies. As the cost of debt rises, budget deficits increase and resources are pulled away from more productive areas of the economy where investment would otherwise have the potential to create a multiplier effect that stimulates more growth and momentum.

Every solution to the euro-zone crisis so far has involved issuing more debt and lowering its relative cost by backing it with guarantees from stronger euro-zone countries. But the list of ‘strong’ euro-zone countries is shrinking; witness S&P’s recent downgrade of France’s credit rating. In the end, it always seems to come back to Germany. But how can a country with a slowing economy and a GDP of $3.5 trillion backstop the rest of the euro zone with a GDP of $9 trillion?

In short, Germany can’t (and won’t). The euro zone’s bitter-medicine answer is to spend less, produce less, etc. But the region is so large that its economic influence spreads well beyond its borders, and most of the rest of the countries of the world can ill afford the negative shocks that a deleveraging Europe will produce.

The wider European Union is the largest export market for both China and the U.S., buying about 20% of what each country sells to the world. In a recent report David Rosenberg estimated that there is an 86% correlation between U.S. and European economic performance, and that means it’s only a matter of time before Europe’s troubles will wash up on American shores. Consider also that European loans account for more than one-third of global trade finance loans world-wide. The contagion caused by European deleveraging will inevitably spread to emerging market countries that rely on these loans.

So why, you may be wondering, do I think that Canada is uniquely positioned to weather the lean years of deleveraging to come? Glad you asked:

There has been a lot of recent hand wringing in the media over Canada’s record consumer-debt levels. While I agree that they are cause for concern and should certainly be closely monitored by federal Finance Minister Flaherty, I don’t think they have pushed us past the point of no safe return.

Consider a recent report by Deputy Chief Economist Benjamin Tal who offered the following points in a recent CIBC Weekly Market Insight Report (my related comments are in italics):

(The changes to our high-ratio lending guidelines are having their desired effect and decelarating growth means that we are on the right trajectory. If and when incomes rise, we will see improvement in the house debt-to-disposable income ratio.)

(Perhaps more importantly, Canadians have more equity in their homes and mortgage lending was never as irresponsible as much of it was in the U.S. For more on that topic, check out my post called: How the US Lent Its Way to a Housing Bubble and Why It Didn’t Happen Here.)

While Canada’s debt situation is certainly not ideal, neither is it dire. In fact, says Tal, “two-thirds of households with debt have a reasonable or even too low debt load (given current interest rates) suggesting some potential opportunities for growth….To the extent that a growing portion of future credit growth comes from those with a relatively light debt load, credit can continue to expand with a very limited increase in risk.”

So when the Bank of Canada (BoC) says in its just released Monetary Policy report that it expects consumer debt levels to continue to rise in 2012, that doesn’t mean that we are inevitably headed over the debt cliff. Our debt fate depends on a combination of factors, such as income levels, job growth, our core inflation rate, the continued enforcement of prudent lending practices, and how future debt is distributed over the population, to name just a few.

are today’s best choice for most mortgage borrowers. Over the last twenty-five years the average five-year fixed-mortgage rate has been around 7% and over the last ten years that average has dropped to about 5%. Today’s market five-year fixed rates are in the 3% range, and by any historical measure that’s fire-sale pricing.

Longer term rates have come way down as well, and ten-year fixed rates can now be had for as little as 3.84%. I think a good case can be made for the ten-year rate as the most prudent choice because the risk of a substantial rise in market rates will increase over the medium and long term. Locking in for ten years will make the timing of when rates eventually rise less of an issue in your grand scheme.

To put today’s mortgage rates in perspective, if we assume an amortization of twenty-five years: 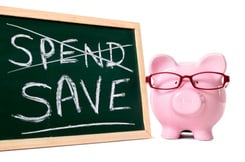 er rate in order to
pay down principal more quickly and to prepare for higher rates at renewal five years hence. For more detail on why doing this is clearly in your long-term interest, check out my posts called The Magic of 5%, and The Power of Prepayment. Today’s low rates will probably be around for a while yet but they won’t last forever, so make hay while the sun shines!

are not nearly as compelling when they are offered at or near the prime rate (which is 3.00% today). My best variable rate is currently prime minus 0.20% (2.80%), and when you can secure a five-year fixed-rate loan for a premium of only .49%, opting for the certainty of fixed payments makes sense. (In a more typical interest-rate environment, by comparison, the gap between fixed and variable rates has been more like 1.50%.) When the gap between fixed and variable rates is this narrow, I don’t think most borrowers are saving enough over the near term to justify taking on the risk inherent in variable rates.

In the other scenario, if you strongly believe that the BoCwill drop its overnight rate over the next few years, and you’re willing to back that belief with your mortgage money, then a closed variable-rate mortgage offers you the greatest potential upside if you’re right. (For the record, my best guess is that the BoC will keep rates where they are for an extended period, but I’m not betting on any decreases.) 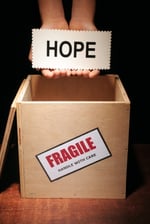 While everyone is worried about when mortgage rates will rise, I think that we will all be happy when that day eventually comes. In a post I wrote last year that challenged the widespread belief that higher interest cause lower house prices, I wrote: “Rock bottom rates are sustained when concern over inflation is replaced by fears of disinflation and outright deflation. Higher rates, on the other hand, [will be] a sign of increasing confidence in our future economic prospects.”

Barring a systemic shock to the financial system, rates should eventually start to rise in response to broad-based inflation that is primarily driven by robust economic growth and rising incomes.

That sounds like something we would all look forward to right about now.