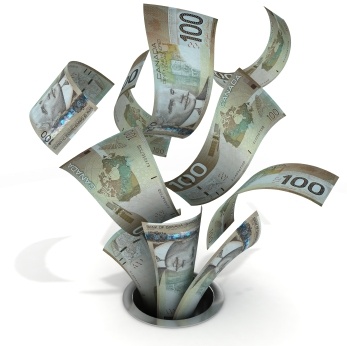 Fixed-rate Mortgage Penalties – Why They Matter Now More Than Ever 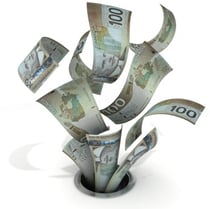 Many people think that the differences in how lenders calculate fixed-rate mortgage
penalties are a non-issue now that rates have fallen to ultra-low levels. Nothing could be further from the truth.

In actual fact, the relative cost of how penalties are calculated is never more pronounced than when fixed-mortgage rates stay flat or rise slightly over an extended period - exactly the scenario that many experts predict will unfold in the coming years. (To put that in perspective, we’re talking about an extra cost of $7,694 on a $250,000 mortgage that is broken two years early.)

Fixed-rate mortgage penalties are almost always calculated based on “the greater of three months interest or interest-rate differential (IRD)”. But there are key differences in the actual rates lenders use to calculate your IRD. In today’s post I will show you how those differences are magnified in a flat or slightly rising interest-rate environment. We’re not talking small potatoes here - today the IRD calculations used by some prominent lenders can trigger a penalty that is more than four times what you would be charged at a wide range of other lenders.


Let’s start by assuming you have a current balance of $250,000 on a five-year fixed rate mortgage at 3.29%. We’ll also assume that you are three years into your term (with two years remaining) and that interest rates are the same when you break your mortgage as they were when you first got your loan.

First, we calculate the cost of three month’s interest, which we can quickly determine is $2,056.

Here is the formula we use to come to that number:

We then compare this cost to the cost of your IRD penalty, which will generally be calculated in one of three ways: Standard, Discounted or Posted.

When using a standard IRD penalty calculation, your lender starts by taking the difference between your contract rate (3.29%) and their current rate that most closely matches your remaining term. Since you have two years left on your mortgage, that would be the lender’s two-year fixed rate (we’ll use 2.99%, which is widely available today). The difference between these two rates is 0.30%.

Here is the complete formula:

And here is a table which explains where each number in the formula came from:

That’s it. If you understand this example, then you have mastered the standard IRD calculation. It is used by a wide range of lenders who compete with each other to offer borrowers the best mortgage rates available.

But here is where a little knowledge can save you some serious money. Other well-known lenders have tweaked their IRD calculations to skew the interest rates used in their formulas heavily in their favour, and as you will now see, that can have a huge impact on the size of your penalty.

When using the Discounted Rate Penalty, the lender takes your contract rate and compares it to the posted rate that most closely matches your remaining term MINUS the original discount you got off of their five-year posted rate (which in this case is 1.95%). Here is the contract wording taken straight from a well-known lender’s website yesterday. I have underlined the key section:

In other words, this lender will take the discount they gave you off of their five-year posted rate and apply that same discount to the posted two-year rate they use in your penalty calculation. This tweak makes a big difference to the cost of your penalty and is blatantly one-sided because lenders don’t discount shorter-term fixed-rate mortgages nearly as deeply as they do their five-year terms (.30% vs. 1.95% using this same lender’s rate sheet as of today). This tweak is introduced only to artificially lower the rate used in your IRD penalty calculation.

The table below shows you the key numbers used to calculate the Discounted Rate IRD penalty:

But fasten your seat belt because other major lenders dig even deeper into your wallet. The Grand Daddy of them all is the Posted Rate IRD Penalty.

In this variation, the lender calculates your IRD penalty using the five-year posted rate that they were offering when you got your mortgage. Here is a sample of the wording used to explain how the penalty is calculated (taken from a well-known lender’s website yesterday). I have underlined the key sections :

Now a lender’s common defense of this tactic is that they substitute posted rates for both your original rate and the rate that most closely matches your remaining term. But as we already outlined above, this is a terrible trade that no informed person would accept because lenders routinely give huge discounts on their five-year mortgage rates, and those same discounts shrink dramatically on shorter fixed-rate terms.

Here is what that tweak to the wording in your contract does to your penalty:

Surprised? Don’t be. These inflated mortgage penalties generate substantial profits for the lenders who use them and when uninformed borrowers choose to negotiate directly with their lender, is it that hard to imagine that some of those lenders would tweak the fine print in their favour?

To be clear, I don’t have a problem with mortgage penalties in general. When you break a mortgage contract, your lender incurs costs when they unwind agreements related to your loan (these agreements can relate to hedging, servicing, securitization etc.). The penalty charged is supposed to cover these costs while also recouping part of the lender’s lost profit. Fair enough. That’s why they’re called “closed mortgages”.  But is it fair for some lenders to use these early terminations as “gotcha” moments?

I don’t think the vast majority of Canadian mortgage borrowers have any idea that there are significant differences in the way fixed-rate mortgage penalties are calculated, and the largest Canadian lenders, who have milked that lack of awareness to their advantage for years, have been in no hurry to explain it to them.

On a more positive note, this is finally starting to change. Federal Finance Minister Flaherty called for better disclosure of how mortgage penalties are calculated in his 2010 budget, and slowly but surely, lenders have started spelling out their penalty terms in more detail. That makes the information more accessible for borrowers who are prepared to do the complicated due diligence. Or, if you’d rather not sort through the legal mumbo jumbo and do the calculations yourself, a conscientious and well informed independent mortgage planner should be able to explain the penalties charged by any lender they are recommending.