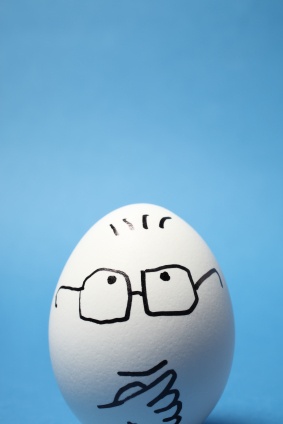 Time to Re-consider the Variable-Rate Mortgage?

Variable-rate mortgage discounts aren’t what they used to be and for that
reason, I have tended to favour fixed-rate options for some time now. Here,
based on steadily accumulating economic data, is the case for the contrary
view.

At the same time that variable rates have been rising due to shrinking
discounts, five-year fixed-mortgage rates have dropped to record low levels of
3.00% or less. Not surprisingly, with such a small gap between fixed and
variable rates, just about anyone who has been in the market for a mortgage over
the past year has chosen fixed.

But now that the best available one-year fixed rate has been increased, the
five-year variable-rate mortgage is once again the cheapest way to borrow money
in today’s market. And while variable rates can theoretically rise quickly, that
seems increasingly unlikely in the current economic environment.

Those were the initial factors that got me scratching my contrarian itch. And
the more I have thought it through, the more convinced I have become that the
variable-rate option should no longer be dismissed out-of-hand.

Here are a couple of other points specific to variable-rate mortgages for you
to consider:

It is taken as gospel truth that inflation will increase when central banks
engage in money printing and that rule should rightly give pause to informed
borrowers who are considering a variable-rate mortgage. But we have never seen
the kind of monetary intervention that we are witnessing today, especially when
so many central bank policy rates are at 0% and on such a global, coordinated
scale.

Simply put, although I believe that our central bankers will eventually
create the inflation they crave,  I think the powerful countervailing economic
forces listed above will significantly delay this outcome.

Five-year Government of Canada bond yields fell one basis point last week,
closing at 1.29% on Friday. We are now back in how-low-can-you-go territory and
five-year fixed-rate mortgages are once again widely available at sub-3.00%
rates.

Variable-rate mortgage discounts can still be found in the prime minus 0.40%
range (2.60% using today’s prime rate) and if you are the type of borrower who
is more likely to lose sleep at night worrying that you are paying too much
interest, instead of losing sleep worrying that your interest rate will rise, I
now think this is an option well worth considering.

The bottom line: I think borrowers who are currently in the market
for a new mortgage and who are comfortable with fluctuating payments will save
money with a variable rate over the term of their mortgage (as long as it is
five years or less). I also think that borrowers who already have a
variable-rate mortgage (especially a deeply discounted one) should think twice
before they convert to a fixed rate in today’s environment.

It would be easier, and less risky, for me to support the consensus view that
variable-rate mortgages aren’t worth the risk but I think it is once again time
to consider the variable alternative. This view, whether it turns out to be
right or wrong, is based on what bond market yields and a mountain of economic
data are telling me about a topic I monitor on a daily basis. Time will
tell.