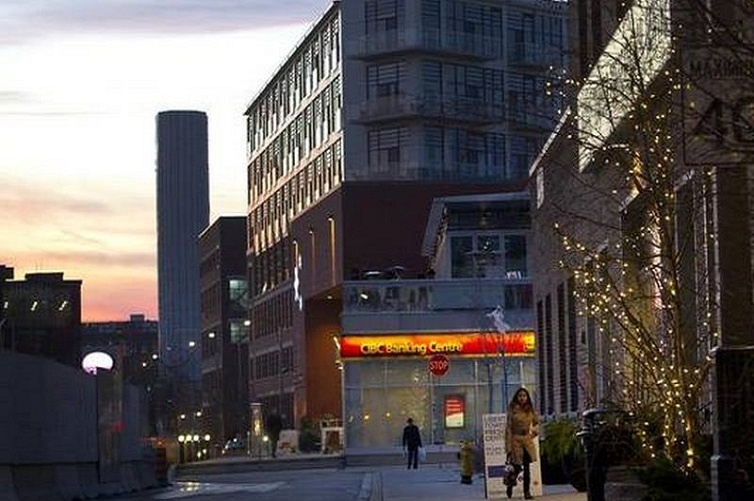 This week: Realsophy's Fall 2013 Home Value Survey appears in the Globe and Mail as we break down the latest trends that are impacting property owners.

Also in the news: Toronto's high priced homes could mean an increase in condo sales, Sam the Record Man's iconic sign and the curious case of moody Mark and sunny Stephen.

Elsewhere: An investigation into the treatment of migrant labourers in Qatar reveals shocking details. Is the property boom in the Middle East made possible by dodgy practices? (Probably)

We break down Realosophy's Fall 2013 Home Value Survey, prepared exclusively for the Globe.

Exclusive: How much are homes your Toronto neighbourhood? [Globe]

Realosophy has been analyzing real estate stats for the Globe since 2008. Browse our latest Home Value Survey.

"​There were 663 high-rise units sold in August, which is ​almost 46 per cent fewer than the 10-year average."

“Going forward, the large premium on detached homes should push more buyers into the condo market."

"Worries over the sign’s condition have multiplied since Ryerson balked at its commitment to restore and rehang it last month, citing an estimated $250,000 price tag."

"Canada’s export market isn’t broken, just bruised; and consumers aren’t spent out, it’s just the country can’t afford to rely on them to keep growing the economy much longer."

"Some of this is due to a difference in style. Mr Carney revelled in blunt talk; Mr Poloz exudes optimism and is a self-described “glass-half-full” kind of central banker."

"House prices have already accelerated much faster than incomes in recent years. If this trend continues, people with average incomes may as well accept that they’ll never own a home near the downtown of a major city."

"The housing recovery doesn’t follow a straight line; instead, it moves through phases, with some measures of housing activity returning to normal long before others do."

"Mortgage rates are hovering near a two-year high and a drop in demand for existing homes is pushing potential home buyers out of the market and slowing the momentum in the recovery in real estate."

"This is a problem both here across the Middle East where no common standards are used, making it difficult to compare between options on the same basis."

"We'd like to leave, but the company won't let us," said one Nepalese migrant employed at Lusail City development, a $45bn (£28bn) city being built from scratch."