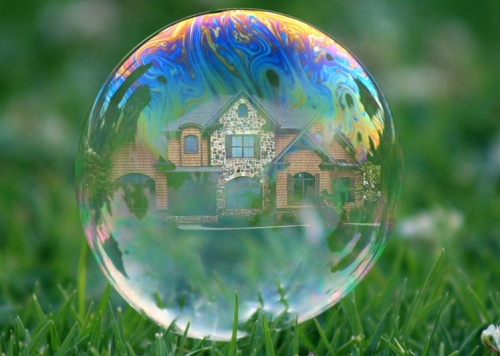 First Signs of a Real Estate Bubble in Toronto?

Readers of this blog know that I am not one to call bubbles lightly (or every month for the past few years, like some). Something may finally be overheating in Toronto - and it’s not the weather.

Earlier this year, I launched a monthly talk on one of the topics that interests me most - real estate bubbles. After reviewing the key aspects for and against bubbles in terms that are more readily understood by the public (the debate is rather scholarly at present), I have shared my belief that Toronto wasn’t currently showing signs of a bubble. (In January, I shared this view with the CBC, saying “Toronto’s not a bubble by any definition”. )

But my approach is to continually assess new evidence against theory and a fair bit has changed in seven months which is nudging me towards believing that — for the first time in thirty years — we are beginning to see bubble-like signs in Toronto’s real estate market.

What exactly is a bubble?

First, let’s clarify what we mean by a bubble by turning to Nobel Prize winning economist Robert Shiller for his definition:

A situation in which news of price increases spurs investor enthusiasm which spreads by psychological contagion from person to person, in the process amplifying stories that might justify the price increase and bringing in a larger and larger class of investors, who, despite doubts about the real value of the investment, are drawn to it partly through envy of others’ successes and partly through a gambler’s excitement.

Economists Robert Shiller and Karl Case were among the first to concern themselves with the psychology of real estate - that is, how home buyers and sellers make decisions about real estate. What expectations do they have about future price increases? How do these expectations impact their buying decisions? In doing this, they were hoping to understand whether psychological factors could propel house prices to levels that are not justified by economic factors that might explain for prices like employment, income, immigration, etc.

One example of primarily psychologically motivated behaviour is the first-time buyer fear that if they don’t buy now they might not be able to afford a home in the future. This is a belief - not a material fact - that can temporarily elevate the demand for homes if enough buyers act on the expectation that home prices will continue to rise.

Over the past seven months, I’ve noticed two trends in the motivations of buyers that I can’t say I’ve seen in the past – at least not in any significant volume. These motivations represent beliefs that I believe are akin to those identified by Case and Shiller.

The first trend I have started to notice this year is a high number of people buying real estate strictly for capital appreciation. Real estate investors usually concern themselves primarily with buying a property in order to rent it out because the rental income they expect to earn on a property is predictable unlike the potential increase in a property’s value.

But more of the investors I talk to today are taking a fundamentally different approach to investing in real estate – they’re less concerned about the monthly rental income they’re going to generate on the property – some don’t even mind taking a slight loss each month (to cover the carrying costs of paying a mortgage and utilities, etc.). These investors are strictly focused on how much the home is going to increase in value in the years ahead and their decisions are based on the assumption that house prices will continue to rise.

While this shift in investor behaviour may seem subtle, it’s important to understand that the contours of a bubble, as identified by experts, are rather subtle. While studying the behaviour of buyers and sellers in boom and bust markets, Case and Shiller found that one of the signs that the housing market is consistent with a bubble was when a high number of people decide to buy a house strictly for investment purposes.

Another sign of a bubble is when these same investors perceive their investment to be safe and with little risk associated with them. Given that we are now seeing investors actively losing money each month with the expectation that they will make up for their losses because prices always go up, a behaviour which begins to resemble gambling instead of investing. I believe that Toronto is edging closer to bubble territory.

The other trend I’ve begun to notice only recently is parents buying homes for their children. I am not talking about making a gift of a down payment or helping with one, for the benefit of working adult children, but for children who are still in either high school or university.

Many of these buyers fear that by the time their kids are ready to buy a home they’re never going to be able to afford it. They are leveraging themselves today to buy one or two homes for their children with the plan to rent them out until their kids are ready to move in. While I would expect to see investors investing in rental markets, this behaviour is again subtly different. Fewer of these parents have plans to cover costs sufficiently or be able to weather a downturn (even more worrying, some of these investors are mixing the objectives of having an ideal home for living in for their children with having an ideal rental property, which can put them more at risk.)

This type of buyer behaviour is also consistent with Case and Shiller’s view of bubbles because these parents are buying homes today because they are trying to hedge against an expectation that house prices will continue to appreciate at the same rate in the future and because they view these speculative investments as safe.

Toronto’s real estate market has been a competitive seller’s market for over a decade, but what we are seeing in 2016 is unlike any previous year.

This imbalance between supply and demand has been driven by both an increase in demand — sales are up 10% — and a decline in inventory — new listings are down 5%.

We can see the impact this is having on prices in the following chart. Over the past five years the typical monthly appreciation in house prices would be in the 6-10% range. The appreciation in 2016 has been well above this for every month this year and last month reached 17%.

Now before anyone panics and rushes out to sell their house to try to time the market at what they think is the peak (a psychological impulse that is the flipside to bubble behaviour), it’s important to point out that what I highlighted above are just indicators of bubble-like behaviour. They, in and of themselves do not mean that the market is going to crash tomorrow. In fact, I can’t see house prices in Toronto falling over the next year or two.

One of the biggest fears we have whether it’s rushing to buy or rushing to sell is FOMO (Fear of Missing Out). But economic analysis shows that real estate slows down relatively gradually, making it different from the stock market - we never see a 20% drop in house prices over night. House prices will rise quickly, but are very slow to change when on their way down. This means that we will have time to react - provided we realize that there is something to react to.

The observations that Case-Schiller and other economists have contributed have been criticized for their inability to conclusively prove bubbles (Shiller is famously modest on his predictive abilities), but I think this misses the real value of these insights. Such signals are the proverbial ‘canary in the coal mine’, an early warning sign that, if properly read, gives the provincial government and other officials the opportunity to act decisively to dampen a Toronto real estate market that finally appears to be bubbling.

By doing nothing, they would be tacitly deciding to allow this bubble to continue to grow. By taking proactive measures, like the BC government did this week by introducing a 15% tax on homes purchased by non-residents, they’ll be taking steps to curb the rapid acceleration in house prices and prevent a bubble from fully forming.

With news of the passing of Karl Case last week, who together with Shiller developed the highly influential Case-Schiller Index for real estate trends, it is fitting that we begin to make proper use of what economics has most recently contributed to the study and management of real estate — the telltale signs of psychology.