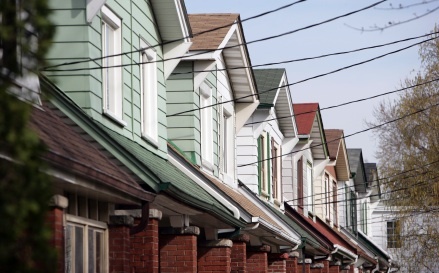 In the face of a serious housing shortage in the GTA, the City of Toronto is actively discouraging homeowners from legally adding one or two units to their houses by making it financially unfeasible.

Last week I received an email from Ben, who explained his dilemma.

He wrote, “I bought a house with my son with the intent of living in it with my wife (both retired) on the ground floor and my son and his family on the second floor. My son is carrying a huge mortgage on his half of the house. We thought two basement apartments would help him with his mortgage.”

They hired an architect at considerable expense to prepare plans to add a rear addition so that the house would have four dwelling units with two side walkouts, a rear deck and a new detached garage.

That’s when the trouble began. After spending a great deal of money on architectural drawings, and another $5,000 to the city to apply for building permits, Ben was told that his application triggered four additional fees:

Ben calculated the total fees payable to the city, including the $5,000 permit fee, at $161,684 just to add two units, all of which is payable before a shovel goes into the ground or any interior work begins.

Seeking a less expensive alternative, Ben discovered that if the house was enlarged by adding just one unit, the only charge payable would be a parkland levy of slightly more than $64,500.

City staff advised him that there is no discretion and the fees apply to everyone who applies for a building permit.

Ben is suffering from sticker shock. “These fees have floored me,” he wrote. “I am not sure what my options are and I am seriously considering abandoning and reselling as is. I am certain these facts are not well-known and should be known to people with similar ideas to mine… Still unaffordable to me.”

It’s no secret that Toronto has a severe housing shortage. High demand in all price ranges has been setting record sales levels while inventory of houses for sale is very tight, according to the Toronto Real Estate Board.

This past pay May, The Star reported that 82,414 Toronto households were waiting for affordable housing in 2015, with average wait times of almost 10 years.

Bryan Tuckey, president and CEO of the GTA’s Building Industry and Land Development Association, noted in his column last month: “The inadequate supply of affordable housing is a massive and growing problem in the GTA, and one that governments at all levels are actively working to address.”

In Toronto, I don’t see how charging homeowners $64,500 to add a legal apartment, or $162,000 to add two units will help to solve our housing shortage.

For Ben, there are three options:

What would you do?