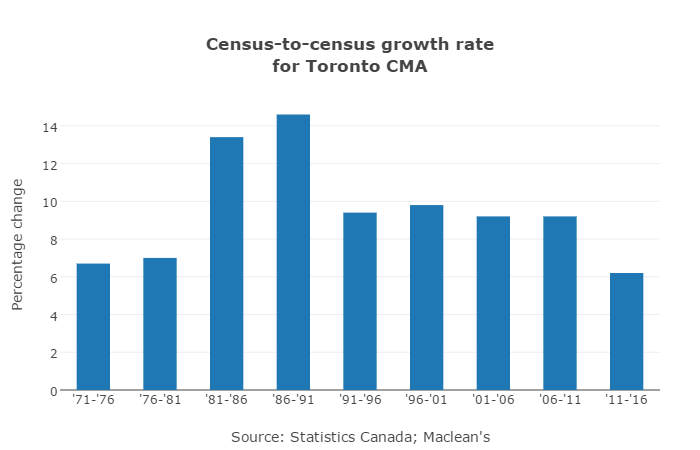 Are Toronto House Prices Booming Because Too Many People Want to Live Here?

In the late 1980's economists Robert Shiller and Karl Case began to challenge the long standing assumption that all home buying decisions are rational when they began interviewing home buyers and sellers to really understand how they make decisions in boom and post boom real estate markets. These were the early days of a branch of economics called Behavioural Economics that began to consider how psychological and social factors influence one's decisions.

What they found was that views about the real estate market – in particular during booms and busts, were not always rational. As an example, they found that when prices were rising rapidly in a particular city buyers often turned to simple clichés to justify the increase in prices rather than any concrete evidence. The two most common clichés they heard were:

It is interesting that the same stories used by buyers 30 years ago to justify booming house prices in their cities are the same ones we are hearing today in Toronto.

Now these stories may have made sense if Toronto’s population was actually soaring, but it’s not.

The most recent Census showed that Toronto’s population grew at its slowest rate in over 40 years. The chart below from Maclean’s shows the population growth rate from one census year to the next.

One of the key findings in Shiller and Case’s research was that even when the actual data regarding population growth contradicts the cliché – as it does in Toronto - people will still turn to the cliché that “lots of people want to live here” as a way to try to rationalize the irrational growth in house prices.

For some reason people tend to put more value in clichés than actual data.

Now this is not to say that the story about housing supply constraints and people wanting to live here are all false. The supply constraints and the rate of immigration in Toronto’s real estate market explains why house prices have been going up 5-10% per year for nearly 15 years. But these factors do not explain why house prices started rising by over 25%-30% year over year last year – in particular when our rate of population growth is declining.

Anyone looking objectively at Toronto’s real estate market knows that the rapid rise in house prices we are seeing has nothing to do with population growth and nothing to do with supply constraints. The 30% price increase in detached house prices we are seeing is the result of a rapid increase in the number of speculators buying houses in the GTA – both domestic and foreign.

By speculators I mean people buying single family homes as investments, but not for the rental income, for the 20-30% appreciation they expect to earn as prices continue to increase.

A real estate market that is being pushed up by speculation is normally a bad thing, but there is a silver lining. It’s much easier for our federal and provincial governments to introduce policies that curb both domestic and foreign speculation than it is to encourage more residential construction.

A foreign buyer tax similar to the one introduced in BC would help reduce the number of purchases from foreign speculators.

Domestically, there are a number of measures that can be taken to slow down domestic speculation including increasing the down payment requirements for properties that are not owner occupied.

As I mentioned in a recent interview with the Globe and Mail, the longer our federal and provincial governments allow Toronto house prices to grow at a rate of 20%-30% per year, the more likely we are to see a correction in the future.

I'm hopeful that our governments will take steps to curb the speculation we are seeing in Toronto’s real estate market.