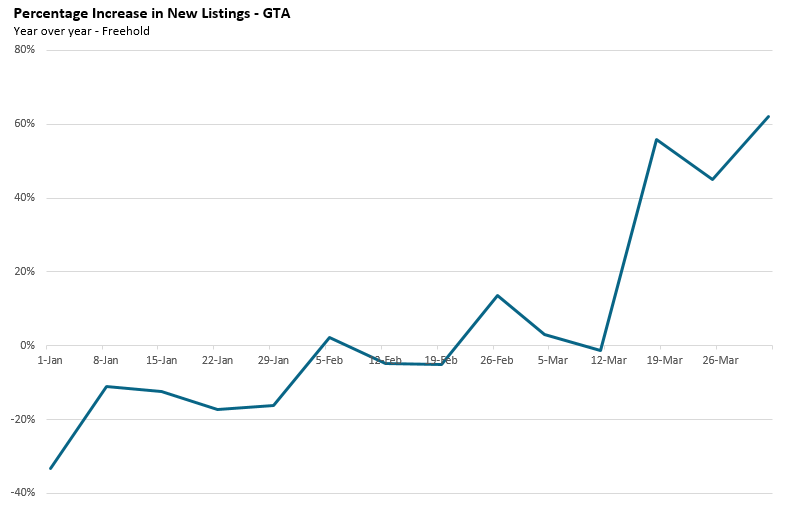 The first week of April saw the number of new listings of freehold houses (detached, semi-detached and townhouses) surge 62% over last year as home owners appear to be cashing in on Toronto’s red hot real estate market. A total of 3,845 new properties came on the market during the first week of April, up from 2,371 in 2016. 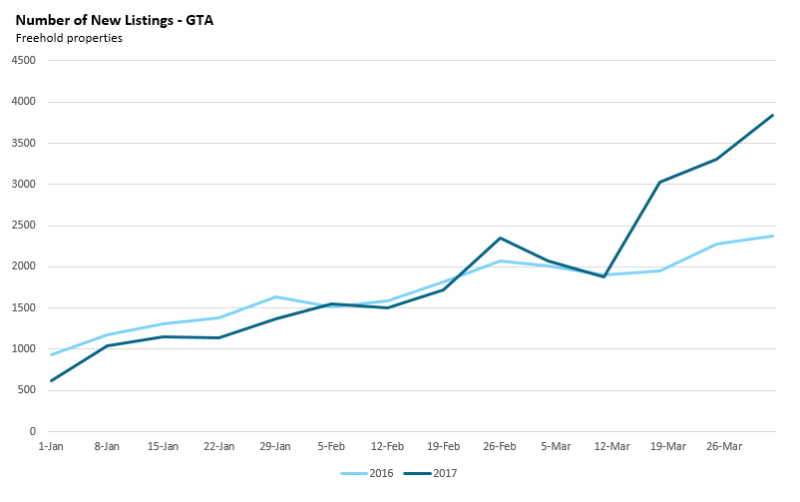 During the first week of April York Region saw the biggest increase in the number of new listings out of the four GTA regions with new listings up 75% over 2016.

Toronto’s real estate market hasn’t seen such a significant increase in the number of new listings coming on the market in decades.  I’ve been hearing from a number of real estate agents and home buyers who have been noticing the effects of this sudden surge in new listings with more and more home owners finding that they are getting no offers on their offer night.

@MillenialTO @RobynUrback @rcarrick @joshuaxsherman You clearly have your finger on the pulse of the market. We've been noticing a slight cooling down and have heard same from multiple agents 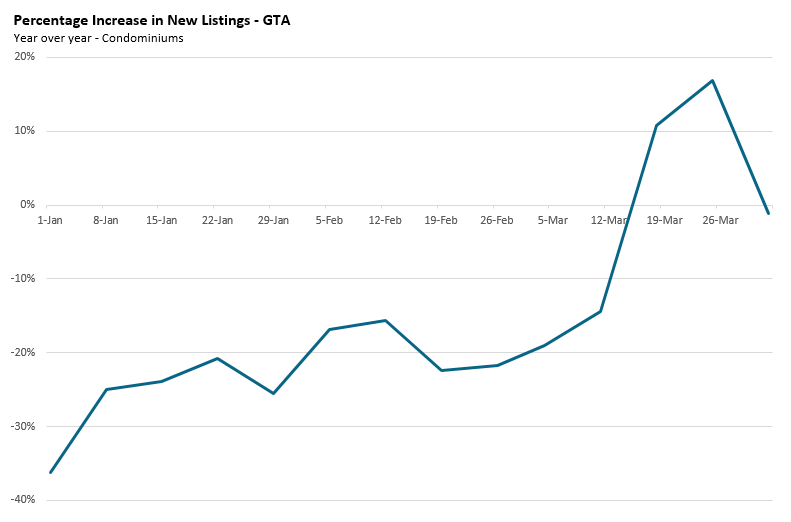 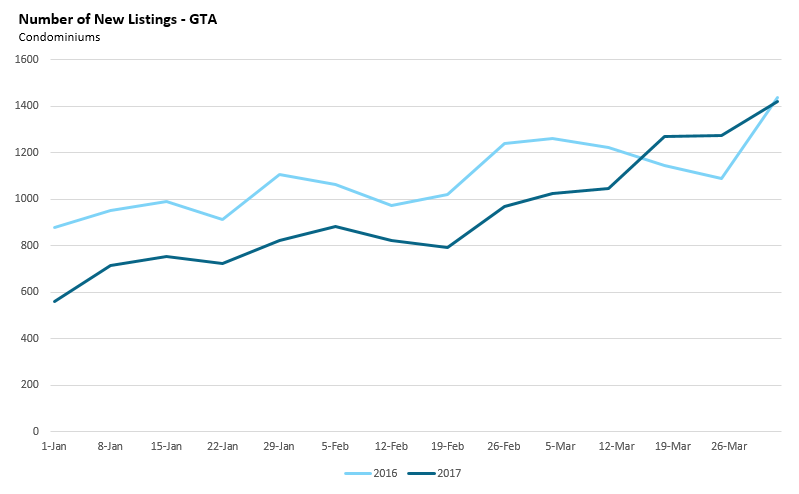 While the surge in new listings is welcome news for home buyers, I don't expect this trend to continue for too long.

I believe that the big surge in new listings is being driven in part by the provincial government's hints that they may be introducing new measures to cool down the GTA's housing market - including a possible tax on foreign buyers.  After seeing sales for Vancouver homes fall by roughly 40% following the introduction of a tax on foreign buyers, Toronto home owners are likely worried that Toronto may see the demand for homes plummet if a similar tax is introduced here.

As a result, many home owners who were planning on listing their homes in late April or May likely rushed to put their houses on the market before the provincial government releases their spring budget later this month which is when most believe they'll introduce measures to cool the housing market.