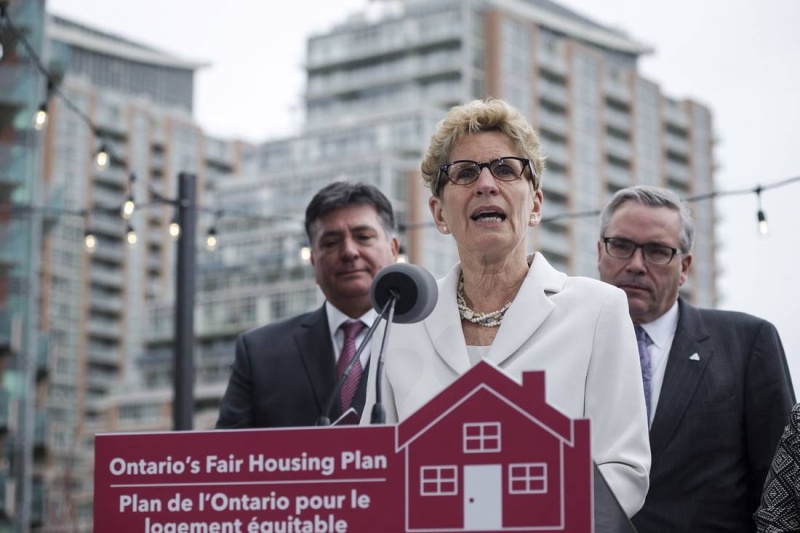 Yesterday the Ontario provincial government announced plans to add more regulation to the practice of double ending - where one real estate agent represents the buyer and seller in a transaction. The provinces alleged goal was “to ensure that consumers are fairly represented in real estate transactions”.

This practice is referred to as double ending because the real estate agent stands to make double their commission by representing both buyer and seller in a transaction.

There are two main problems with double ending from a consumer’s perspective. The first issue is the inherent conflict of interest when you have one salesperson who is representing two parties in a transaction. Is the agent trying to get the seller the best price or the buyer the lowest price? Whose interest are they looking after?

The second issue has to do with multiple offers. When there are multiple offers on a home and the listing agent has their own buyer client, they have an obvious advantage by virtue of the fact that they know what every other buyer offered when advising their own buyer what they need to offer to win. This ethical problem was highlighted in a CBC Marketplace report that caught a number of unethical agents on camera promising buyers that they would use their information advantage to ensure the buyer wins the home - also allowing the agent to double their commission.

The proposed changes to the process of double ending announced by the province yesterday have been quite vague so far. But based on an announcement from the Ontario Real Estate Association (OREA), it looks like the province has bowed down to industry recommendations led by OREA CEO and former Ontario PC leader Tim Hudak and in the process is actually proposing changes that are significantly worse for consumers but much better for Realtors.

Today if an agent has a buyer client who wants to make an offer on their own listing both buyer and seller have to consent to having one agent represent both parties.

In this type of a relationship, the agent cannot reveal personal private information about each client’s interests and motivation but the agent still has a duty to represent each of the client's interests. They are obligated to advise them on the terms of their offer, key clauses that should be added or removed and any other important legal considerations that are specific to the property. While this dual representation results in a conflict of interest, at least both parties can expect their agent to take some responsibility over the advice they are offering.

How did the Ontario government address this conflict of interest? They decided it would be better to have real estate agents represent neither party in these situations and instead act as an “impartial facilitator”. This means the agent cannot provide any advice on price, clauses or disclose important information that might influence a buyer’s decision to purchase a home.

Because the agent doesn’t represent the buyer or the seller, there is no longer a conflict of interest.

These proposed changes are actually worse for consumers.

OREA lobbied for these proposed changes which prioritize realtor commissions over the rights and interest of consumers – no surprises there. It is surprising that the Wynne Liberal government went along with OREA’s recommendations.

Real estate transactions can result in all sorts of legal issues, one just needs to read lawyer Bob Aaron’s column for a sample of the types of problems that can come up. But at least under our current system, buyers and sellers have some rights and expectations regarding the advice they are receiving from their agent and have some legal recourse if the agent doesn't advise them properly or even if the agent makes an honest mistake.

Under the Ontario government’s changes, the market is really buyer and seller beware and any mistakes made during the offer negotiation process are the mistakes of the buyer and seller, not the agent. This means buyers and sellers have no recourse and are responsible for all of their own decisions, including negotiating and making recommendations on changing legal terms in their offers.

I really don't understand how the Wynne government can promote this as a step forward for consumers.

The province is making a big deal about the fact that on double ended deals they “recommend” that another agent from the same brokerage step in to represent one of the parties in the transaction. This of course is just a silly song and dance because this already is a best practice, but if it’s not mandatory nobody is going to do it.

When you allow agents to double end transactions by acting as an impartial facilitator, this will become the preferred option because not only do agents double their commission, they also eliminate all legal risks and liability.

On the issue of how to handle double ending when a property has multiple offers, the province doesn’t appear to address this issue.

This is surprising given the great reporting from CBC showing agents acting unethically with impunity. Given the obvious problems with how multiple offers are handled in Ontario and that the province has taken the time to review these processes – one can only conclude that the Wynne Liberal government once again decided to put Realtors demands ahead of consumer protection by leaving the multiple offer process on double ended transactions as is.

Overall these changes are disappointing because the Ontario government had an opportunity to provide more transparency and greater consumer protection to the practice of double ending, but they didn’t.