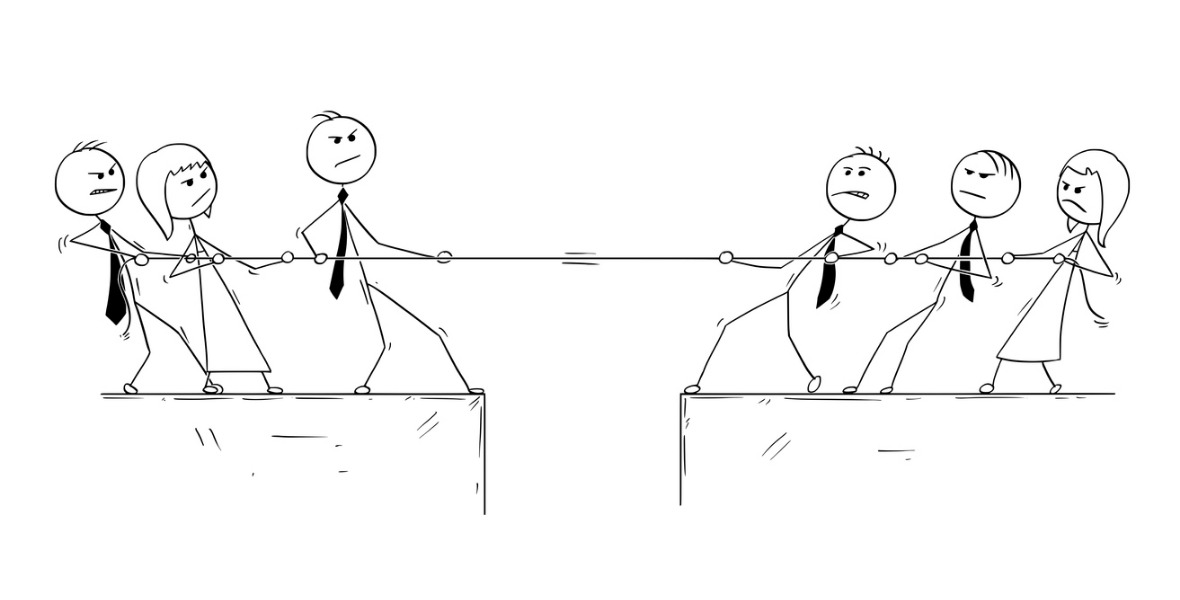 A Trade War Would Push Down Our Mortgage Rates, But Don’t Wish for It

A trade war with the U.S. would likely impact mortgage borrowers in Canada - in more ways than you might think.

The idea of a trade war with the U.S. seemed ridiculous until very recently. Then again, so too did the idea that Canadian steel (or Canadian anything) poses any sort of threat to U.S. national security.

And yet here we are.

As our leaders contemplate retaliatory tariffs against President Trump, the U.S. Bully-in-Chief, we must now imagine a world where Canada and the U.S. no longer trade freely with each other, and for readers of this blog, contemplate how that development is likely to affect Canadian mortgage rates.

Both Canada and the U.S. export more to each other than to any other country. President Trump claims that the U.S. has a trade deficit with Canada but Canadian policy makers are just as adamant that the reverse is true. The differences are largely based on alternate definitions of “trade”, but regardless, most observers agree that our overall cross-border trade is roughly balanced and that the relationship is mutually beneficial.

President Trump believes that cheap steel and aluminium imports are hollowing out domestic production and that tariffs are needed to raise import prices and keep U.S. steel and aluminium producers viable. His tariffs are ostensibly also designed to protect jobs, although every job that is helped by the tariffs is offset by many more jobs that are negatively impacted by the resulting higher production costs that they bring to US manufacturers. And that’s before counting any collateral damage done by the broader trade war that these tariffs have incited.

While trade wars typically hurt all of the countries involved, larger and more self-contained economies are better able to withstand their negative impacts. That said, while our economy will suffer more relative damage than the U.S. economy, our targeted retaliatory response can still inflict a significant political cost directly against President Trump.

The map below shows the primary export market for each U.S. state. Note that the swing states of Michigan, Ohio, Pennsylvania and Wisconsin, which together handed Mr. Trump his presidency, all rely on Canada as their main export market (as does Kentucky, the home state of U.S Senate Majority Leader Mitch McConnell). 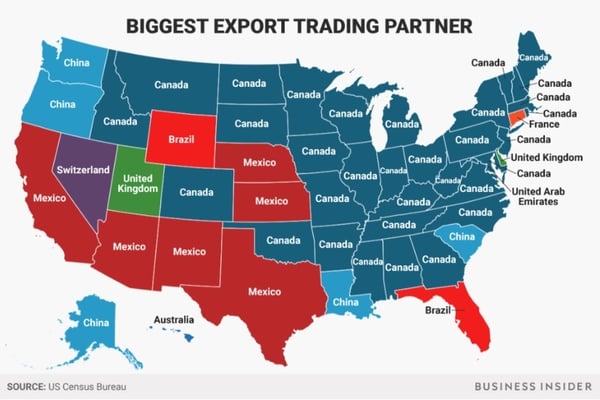 Unfortunately, even if we land our tariff counter-punches with maximum effect, this will only produce a Pyrrhic victory because our economy will suffer significant and lasting damage from a protracted U.S. trade war.

The immediate impacts on us will be significantly lower export sales and higher import costs, but these will just be the tip of the iceberg. Trade uncertainty will cause multinational companies to curtail their investment in Canadian operations, shifting it instead to the dominant US market (just as President Trump intended). This will stifle Canadian job creation over the near term and could trigger downsizing and outright job losses over the longer term.

As our economic momentum slows and the impacts from a U.S. trade war spread throughout our economy, other domestically-focused businesses are also likely to suffer and become more defensive. Although the Canadian media have devoted a lot of ink to the economic risks associated with rising interest rates, job losses have a much more profound effect on borrower default rates, and by association, on our property values.

Against that backdrop, the Bank of Canada (BoC) is unlikely to raise its policy rate by much, if at all, in the near future. In fact, if our nascent trade war with the U.S. continues to escalate, the Bank may have no choice but to cut rates in an effort to offset its negative impacts as our economy contracts and job losses mount. (This would also cause the value of the Loonie to drop against the U.S. dollar, and would create a much-need tailwind for our exporters to ameliorate at least some portion of the pain of the U.S. tariffs.)

It is tempting to hope that trade uncertainty with our largest trading partner will dissipate when President Trump turns his tariff guns on other targets like China, or when Robert Mueller’s Russia probe finally catches up with him, but that would be short-sighted.

Regardless of its truth, the axiom that multilateral trade is a mutually beneficial construct is being turned on its head by U.S. politicians like President Trump who have stirred up populist sentiment by highlighting its harmful side effects while ignoring its benefits. He was backed by 63 million American voters and while his current 42% approval rating sounds low, it still represents a huge number of staunchly loyal Americans who largely back his protectionist trade policies. Meanwhile, last week, Italy’s new government threatened to scupper Canada’s free-trade agreement with the European Union, and that should serve as a reminder that protectionism is not just a made in the U.S.A. phenomenon.

The times they are a changin’.

The Bottom Line: U.S. President Trump’s tariffs and tough talk threaten our vital and long-standing trade relationship with our southern neighbour and leave our leaders with little choice but to respond in kind to his bullying tactics. The BoC is unlikely to tighten monetary policy by much over the near term when there is so much uncertainty about how the current situation will unfold, and if a full-blown trade war breaks out, the Bank may even have to cut rates in response. That said, borrowers shouldn’t wish for this to happen because lower mortgage rates will provide cold comfort if our economy contracts, job losses mount and that causes our real-estate prices to fall. Stay tuned.