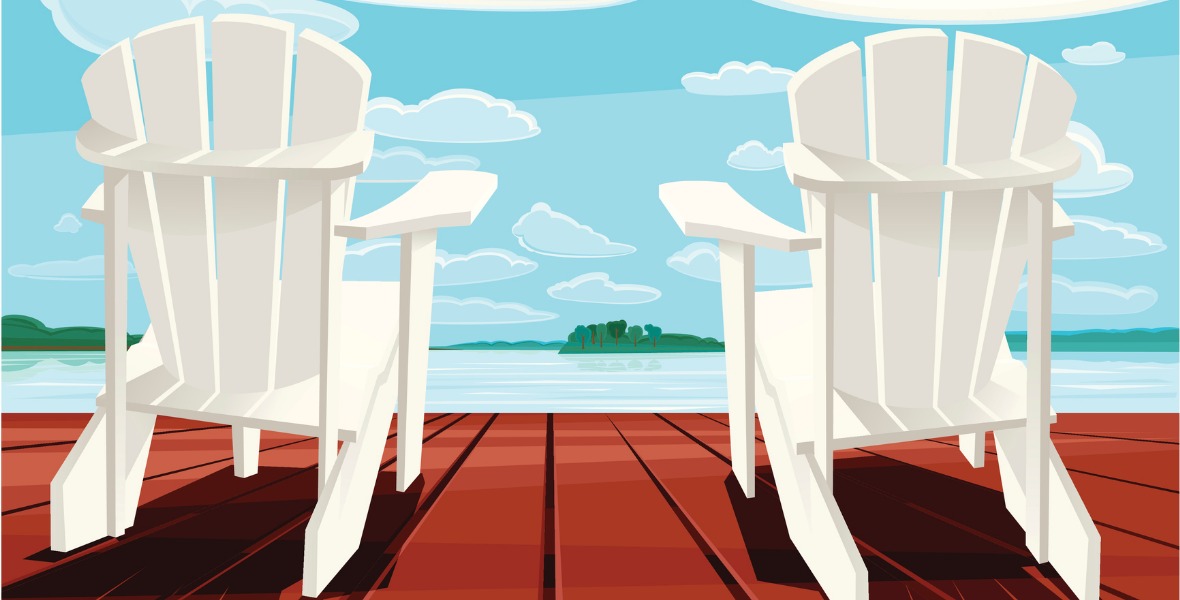 Buyers of lakefront cottages should be aware of whether their land touches the water not only in fact but according to the registered title.

But he wasn’t quite correct. The famous author probably didn’t know about the legal principle of accretion, which is the gradual increase in the size of a parcel of land as a result of a lowering of adjacent water levels or the washing up of sand or soil to form new solid ground.

This principle took centre stage recently in a case involving a parcel of land at the south end of Roberts Island, in Georgian Bay near Honey Harbour.

As we saw in Toronto last summer, water levels in the Great Lakes fluctuate significantly. The effect at times can lead to submerged areas emerging as dry land and dry land becoming flooded as a result of high water levels.

If the original adjacent parcels of land are perfect rectangles and the land is enlarged, the lot lines then extend into the accreted land where the lake once was. Establishing side boundaries on the “new” land would be straightforward.

But a problem arises when the waterfront lots are angled, and extending the lot lines can create conflicting claims when the lines converge.

This was the problem in the 2017 case of Krull v. MacDonald, reported in a recent edition of the e-newsletter “The Boundary Point.”

In 2016, Robert and Marjorie Krull applied to Ontario’s Boundaries Act tribunal to establish the front and side boundaries of their island lot. Six rock formations in front of their lot were originally submerged at high-water level. But when the water levels dropped, it appeared that their land had increased in size by the rock formations, which had emerged from Lake Huron to be above the water level.

The tribunal ruled that it did not have the jurisdiction to award the Krulls ownership of the rock formations. This meant that they were owned as Crown land by the Ontario government — which owns the lake bed — and title to them did not attach to the Krulls’ cottage property. Since there was a new area of Crown land between the Krull property and the lake, this meant that title to their property was cut off from the water, at least on paper.

When a parcel of land touches the water of a lake or river, the owner is said to have riparian rights. If the Krull cottage property was no longer riparian, it would probably be less desirable.

The tribunal decision was appealed to the Divisional Court, and the matter was settled on consent of the parties by a court order, which stated that the now-dry land belonged to the owners of the adjacent cottages. The neighbours also agreed on an apportionment of the new land between them.

Writing in “The Boundary Point,” Izaak de Rijke, who is both a lawyer and a land surveyor, noted that the effect of the Divisional Court order was to implement a negotiated settlement of the boundary between the lands of the two cottagers across the newly accreted land.

The case highlights the importance of cottagers to be aware, when purchasing lakefront property, of the exact boundaries of their land, and of whether the land touches the water not only in fact but according to the registered title.