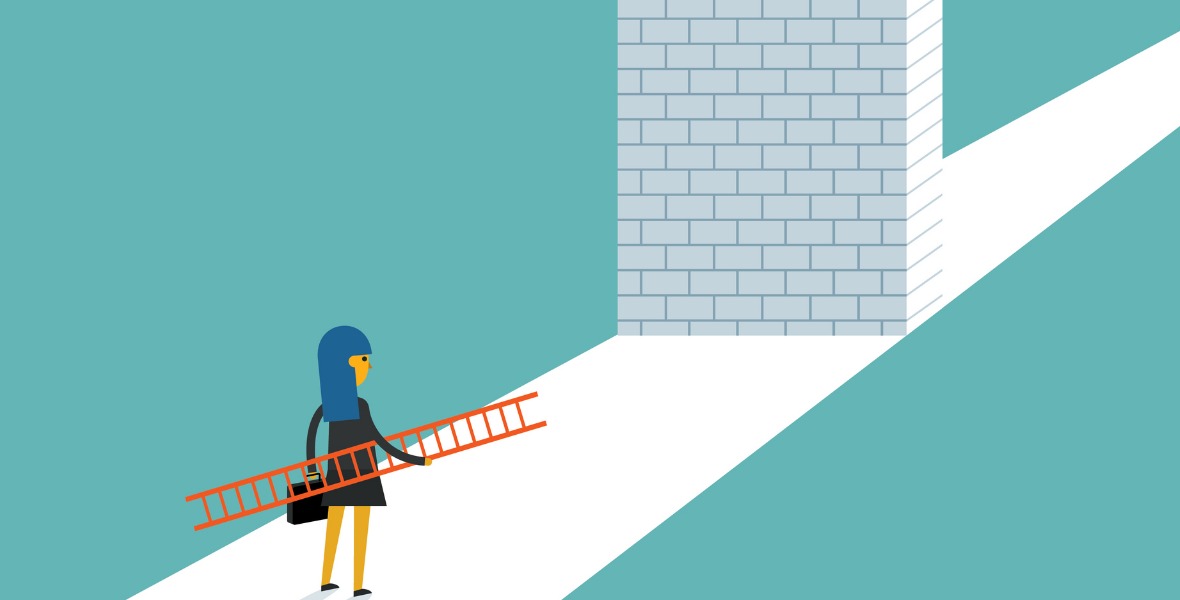 Will the Toronto real estate market return to previously seen highs - or has a major new road block appeared?

Despite the slow down we have seen in the Greater Toronto Area’s real estate market, I still regularly hear realtors telling people that the good old days of 10+% price growth are right around the corner. They argue that the slow down is temporary and that it’s just a matter of time before house prices surge again because we are not building enough houses and too many people want to live here.

Even though Toronto is attracting many new immigrants and remains a supply constrained market – there is one big road block holding back house price growth that was not present two years ago. The road block is debt – the combination of high debt levels, rising interest rates on debt and a tightening of the availability of new debt. To understand why debt has such a big impact on the housing market both on the way up and on the way down – we’ll take a look at how housing and credit cycles have worked together in the GTA’s housing market over the past few years.

Between 2011 and 2015, the Bank of Canada maintained their overnight interest rate constant at 1% and house prices in the GTA were appreciating by roughly 7% per year. Then, in 2015 in response to falling oil prices the Bank of Canada lowered rates to 0.5% which lowered the cost of borrowing. The combination of record low interest rates and easy credit in a market where house prices were rising by 7% per year resulted in nearly everyone wanting to become a real estate investor.

The investor’s rational was simple, they could get a five-year mortgage in the range of 2.6% to buy an investment that was increasing by 7 to 10% per year. It seemed like a no brainer. In fact, the further in debt they went, the better, because they could make a profit on money that wasn’t theirs (the difference between the 7% growth in house prices and the 2.6% payment on their debt). It didn’t matter that any rent that could be gained wasn’t high enough to cover the carrying costs of the home (mortgage, taxes, etc.) because the value of the home was increasing by more than the money they were out of pocket each month.

As investor demand surged so did house prices. The chart below compares the rate of growth in average house prices in the GTA against the Bank of Canada’s overnight rate. 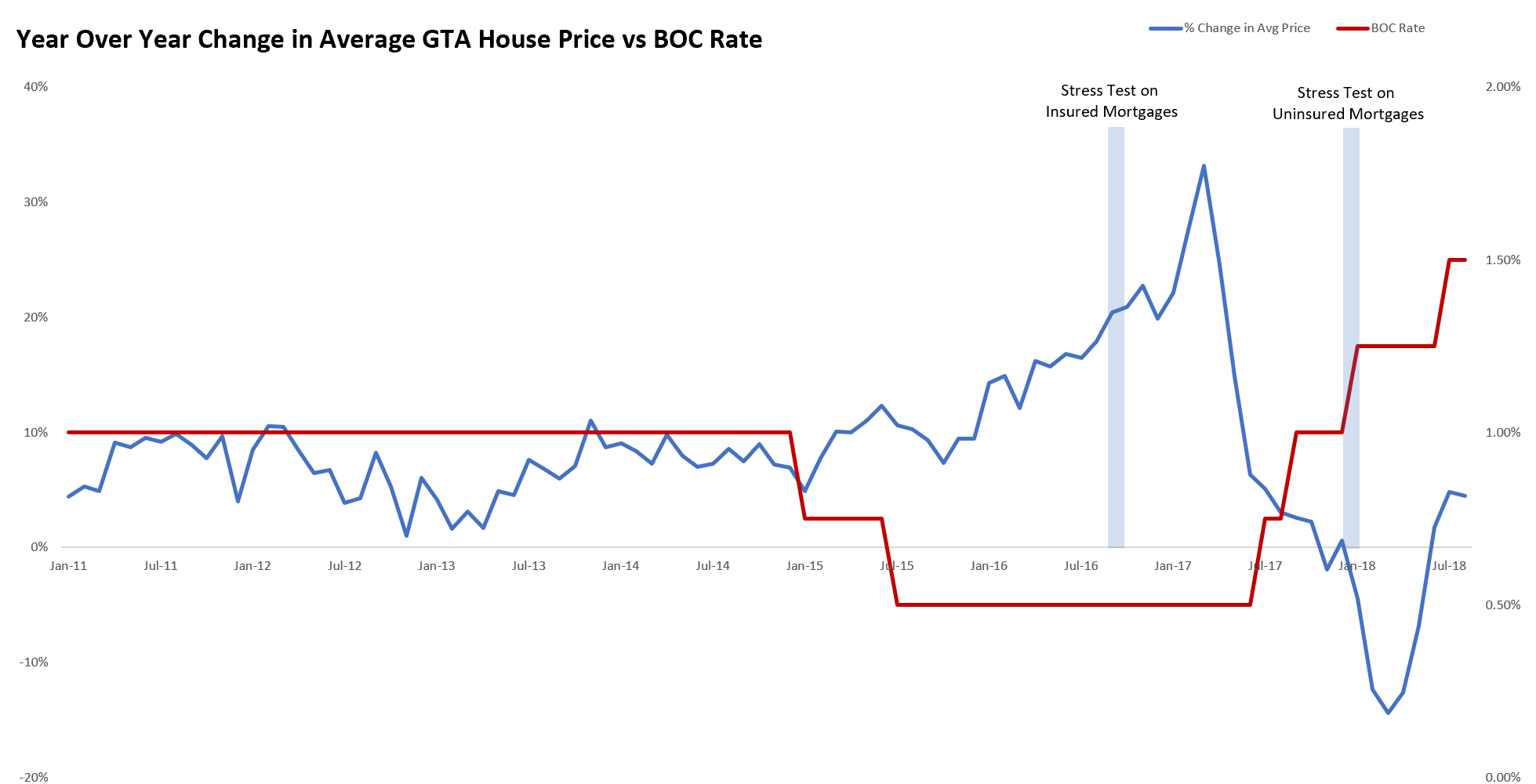 The period of loose credit and very low interest rates led to a surge not only in house prices but a surge in debt as many of these investment properties were financed entirely with debt. In many cases, home owners were borrowing $150-$200K against their existing home to use as a down payment on the investment properties they purchased.

But every housing bubble is almost always followed by a tightening of credit. Policy makers typically increase interest rates and/or tighten the qualifying requirements for any new credit in order to cool down the growth in household debt.

This is precisely the trend we have seen since the summer of 2017.

The Bank of Canada began to increase their overnight in the summer of 2017, eventually increasing it by a full percentage point in one year. Then, on January 1, 2018 the Office of the Superintendent of Financial Institutions introduced a stress test on mortgages that required all uninsured mortgages to be approved under a new “stress test” interest rate which is roughly 2% higher than the contract rate of the mortgage.

The first effect of rising interest rates and the stress test is that today’s home buyer can’t spend (take on as much debt) as they used to. In 2015, a couple with a household income of $125,000 and a $160,000 down payment (20%) could qualify to spend $800,000 on a home. Today, that same couple with that same $160K down payment can spend no more than $625,000 on a home. As a result, we are seeing slowing demand for homes when compared to recent years as buyers are forced to spend much less on a house, pushing some to the sidelines.  The decline in demand has brought more balance to the GTA's housing market and prices have remained flat since July 2017 (following a 20% decline in prices between April 2017 - July 2017).

But equally important is how rising interest rates and tighter lending guidelines are going to impact home owners who are over leveraged – either because they spent too much on their home and are struggling to keep up with their rising debt payments or because they invested heavily in real estate and financed their purchases with debt.

For many of these owners, rising debt-servicing costs are already putting a strain on their finances – and with interest rates expected to increase in the year ahead, the pressure on household finances will only increase. We can see early signs of this with consumers spending less on big ticket items like cars as auto sales are down 7.4% last month, the largest decline since 2009.

While it’s impossible to predict exactly how the market will respond to this changing lending environment,  the odds of a return to 10-15% house price growth over the next couple of years is highly unlikely.