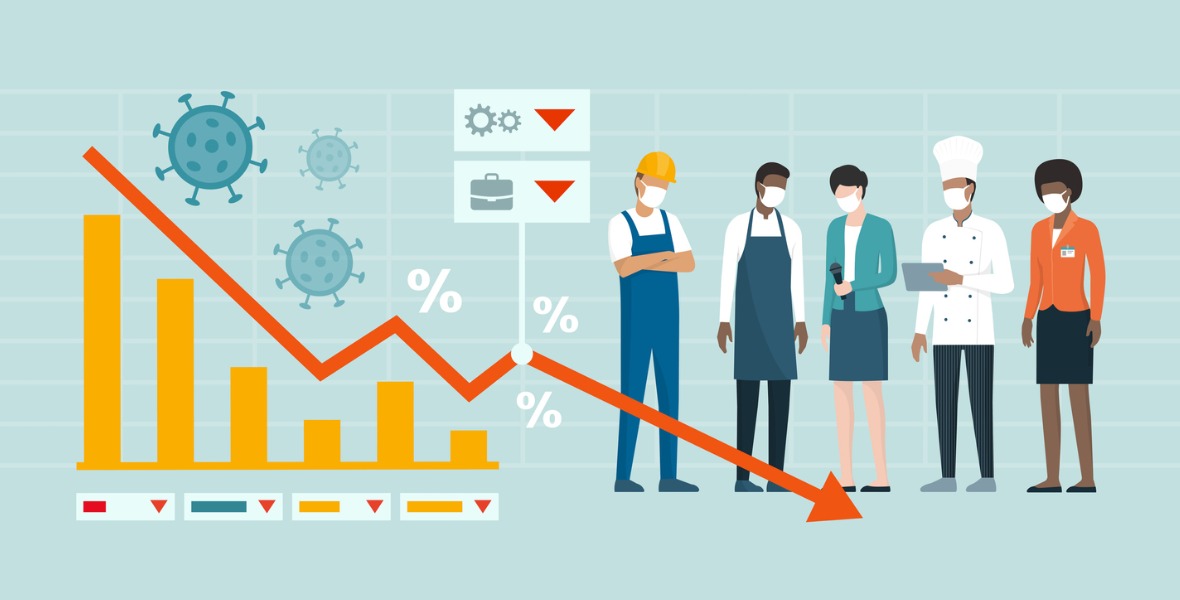 While lockdowns have lowered infection rates and saved lives, it has negatively impacted our economic momentum and will ultimately add to the time needed for our society to recover financially.

The consensus predicted that our economy would shed 40,000 jobs last month, largely as a result of lockdown measures reintroduced in Ontario and Quebec. Instead, we lost 213,000.

That’s on top of the 53,000 job drop in December, when infection rates put an end to the impressive employment recovery that had run through the summer and fall.

Overall employment has now dropped by 858,000 over the past twelve months, and Statistics Canada estimates that 529,000 of those losses were COVID-related.

As has been the case throughout the pandemic, the workers who were most impacted by the lockdowns were also the ones most marginally attached to the work force. All of the positions were in part-time private-sector work, and youth aged 15 to 24 took 108,000 of the losses.

Women aged 25 to 54 lost 73,000 jobs, compared to 33,500 for men of the same age. This gap was linked to school closures, which are having a disproportionate impact on women because they tend to be the primary care givers for their children. All Ontario schools will resume in-class learning by next Monday, and if they remain open, we will hope to see a sharp recovery among parents who will be free to return to work.

There are, however, no guarantees that everyone will go back to work. The number of Canadians who are classified as long-term unemployed (off work for 27 weeks or more) now stands at 512,000, which is a record high. The longer people are out of work, the harder it will be for them to re-enter the labour force.

This is the type of permanent scarring that the Bank of Canada (BoC) worries will accrue if the pandemic continues to drag out. Many businesses that hung on during the first lockdown will not survive the second round (and that may help explain why the recent consensus estimate for job losses was so far off the mark).

Last month’s employment data are an example of the high stakes that are on the line in our race between the virus and the vaccines (which I wrote about in last week’s post).

The BoC recently took a more optimistic view of how this race will unfold, although I found that less reassuring when I learned that the Bank’s primary justification for its improved outlook was its belief that our federal government will meet its promise to vaccinate every willing Canadian by September. (The Feds are estimating that number to be 20 million of us. For anyone keeping score at home, we’re at 1 million thus far.)

If it all works out, the BoC will begin to taper, earlier than expected, its quantitative easing (QE) programs, which are helping to suppress the Government of Canada (GoC) bond yields that our fixed mortgage rates are priced on. In my previous post, I expressed my doubts about our federal government’s vaccine timetable and the BoC’s reliance on it. Last week’s latest vaccine news bolstered those doubts.

US President Biden recommitted to the US policy of not exporting any vaccines produced in the US until domestic needs have been met, and we learned of further delays at the European facilities, which are producing the vaccines that will eventually make their way to Canada. Those delays are ratcheting up pressure on European policy makers to mirror the US policy of restricting exports.

Meanwhile, our federal government continues to refuse to share the details of its contracts with vaccine suppliers, even though most other countries have done so, and that is stoking fears that we are stuck at the back of the line.

Last week also brought the embarrassing revelation that Canada is the only G7 country drawing from a vaccine supply that was supposed to be designated for developing countries.

By now you may be wondering what effects these worse-than-expected employment data and discouraging vaccine news reports have had on GoC bond yields and the fixed mortgage rates that are priced on them.

Bad news like that would normally push our GoC bond yields lower, but last week they followed their US counterparts higher in near lockstep. At some point, the tight correlation between our Canada/US bond yield movements should break because the US has experienced fewer lockdowns and the negative economic side effects that accompany them.

(While our lockdowns have lowered infection rates and saved lives, there is no denying that, from a purely economic standpoint, they have negatively impacted our momentum and will ultimately add to the time needed to recover.)

Simply put, if you ask the consensus to flip a coin, it will bet on higher inflation regardless of which side it lands on. That’s why we’re now in the midst of a small run-up in bond yields that could push fixed rates up a little over the short term.

That said, regular readers of this blog know that I am a contrarian at heart, and that means that when inflation expectations are so one-sided, my instinct is to bet on a different result. (As legendary investor Bob Farrell famously noted, “When all the experts agree, something else is bound to happen.”)

I’m just not buying the BoC’s optimistic forecast, and as much as I hope I’m wrong, I think the odds that we will relapse into recession rise each time our federal government tries to put a positive spin on our faltering vaccination momentum.

The Bottom Line: Five-year variable rates held steady last week, and some lenders inched their five-year fixed rates down despite the five-year GoC bond yields they are priced on moving higher in sympathy with their US counterparts.

If bond yields continue to rise, we could see small increases in fixed mortgage rates, likely accompanied by mainstream media warnings that rates have bottomed out and variable-rate borrowers should lock in while they still can. My advice, if that happens, is to tune out the noise. Canada, the US, and the world will be in this pandemic fight for a long time yet, and I don’t expect mortgage rates to move sustainably higher as long as that is the case.

Sometimes inflation fears cause more inflation, but there are signs this spike in Canada is...
Read More
Safe Investments