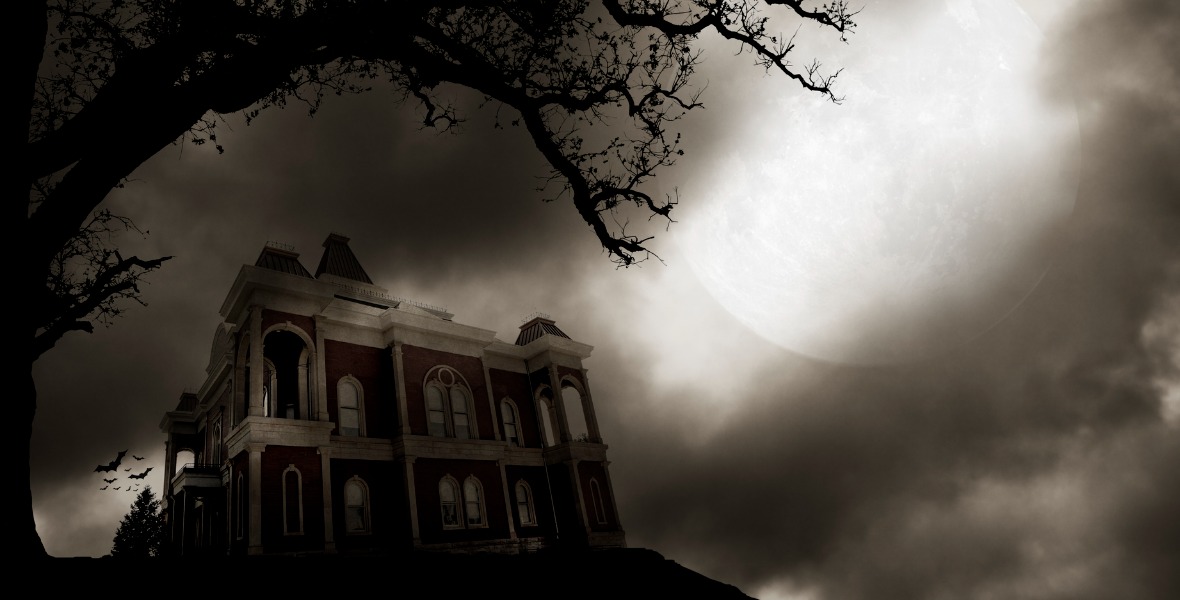 ‘The Exorcist’ History of Their House Surprised, Entertained, New Owners

One spooky surprise taught these homeowners an important lesson about disclosure.

When Danielle Witt and Ben Rockey-Harris were successful with their less-than-asking-price offer on a house in Cottage City, Md., just outside of Washington, D.C., they were very excited.

Their excitement turned to shock when they realized their three-bedroom home on 40th Ave. was the inspiration for one of Hollywood’s greatest nightmare stories: theirs was the original “The Exorcist” house.

In early 1949, 14-year-old Ronald Hunkeler began to experience seizures as strange happenings occurred in the house. Scratching sounds came from the walls and floor, water dripped inexplicably from the pipes, and objects like dishes were seen levitating in his presence. Perhaps scariest of all was that his bed would suddenly move without explanation.

Hunkeler’s family believed he was possessed by an evil spirit, and they took him to stay with relatives in St. Louis, Mo., where an exorcism was performed by Jesuit priests. The strange events stopped after that.

Hunkeler’s story made headlines at the time, and years later it captivated Georgetown student William Peter Blatty. He wrote a novel about the events, and later turned it into a screenplay which became the 1973 film, “The Exorcist.”

The male protagonist was changed to a girl named Regan (played by Linda Blair) and “The Exorcist” was a smash hit, winning two Academy Awards and is now considered a horror film classic. A new trilogy sequel is reportedly underway with the first film scheduled for release in 2023.

In an interview on CBC Radio’s As It Happens earlier this month, Rockey-Harris said: “We were a little shocked — a lot shocked. And then we realized that the house was great anyway.”

He said that he and Witt are not “creeped out” because they don’t believe in demonic possession. When the couple moved in, Witt and a friend cleansed the house of any evil presences by burning sage.

In the real estate field, when the value of a house is or could be, affected by a history of murder, suicide, ghosts, hauntings or other paranormal happenings, it is said to be stigmatized.

In Maryland, as in Ontario, there is no legal obligation on sellers to disclose stigma.

However, the Real Estate Council of Ontario, the industry regulator, requires agents to disclose the existence of stigma to potential purchasers so they can be treated “fairly, honestly and with integrity.”

But if an agent is not informed about a property’s stigma, there is no obligation to disclose.

Yet even without a disclosure obligation, sellers could be sued for keeping silent about stigma.

My favourite Toronto house on this theme is at 169 Walmer Rd. In 1915, its owner Bert Massey was shot and killed on the front steps by his housemaid. Massey was the grandson of Toronto industrialist and philanthropist Hart Massey.

Would that century-old event have to be disclosed if the house was placed on the market today? Industry players are divided on the answer. Personally, I would say no to disclosure.

Bottom line for house buyers: if you are concerned about stigma, Google the house and the neighbourhood before signing an offer.

How Home Equipment Rentals Can Lead To Unexpected Property Liens

Bats in the Bedroom Are Not the Home Seller’s Fault, Says a B.C. Court

A fair ruling or is it just downright batty?
Read More