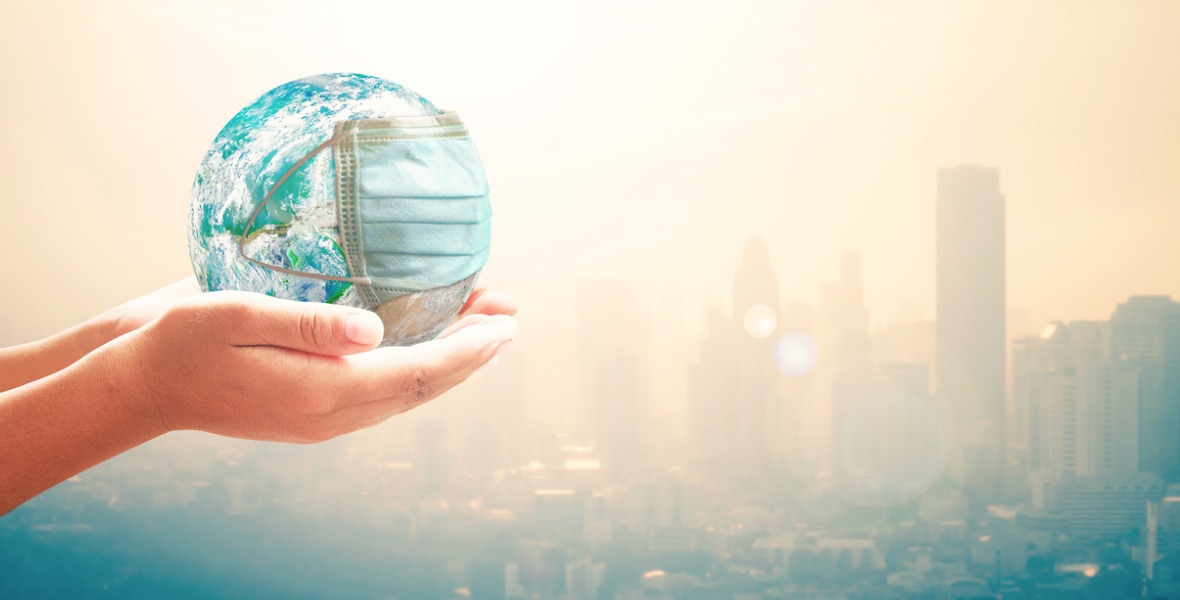 COVID-19's Impact on Toronto Real Estate? Here's a Look Back at SARS

By John Pasalis
While our present situation is very different, we can take some lessons from the past.

While real estate is rightly a much lower concern as we worry about the health of our family, friends and fellow human beings in our communities and around the world during this unprecedented COVID-19 (Coronavirus) public health crisis, many of us are also worried about our jobs as industries face slowdown and our personal finances as stocks take a major hit.

This worry has extended to the residential real estate market.

Given this, it's worth taking a look back at the impact of the 2003 SARS crisis on real estate.

In 2003, Toronto was one of the hardest-hit cities in the world during the SARS outbreak.

The first reported case of SARS in Toronto was in February 2003 and two months later the World Health Organization (WHO) issued a travel advisory against Toronto.

By June, the WHO had lifted the travel advisory and Toronto was also officially removed from the WHO list of “Affected Areas" - but sadly, not before 44 fellow Torontonians were lost.

So how did Toronto’s real estate market react during the first six months of 2003 of the SARS crisis and in the following six months of its immediate aftermath?

You can see from the chart below that during the first four months of 2003 the change in home sales in the Greater Toronto Area (GTA) were negative when compared to the previous year. Sales picked up slightly in May and June and by July when Toronto was no longer considered an affected area, sales surged by over 60% and remained positive for the remainder of the year. 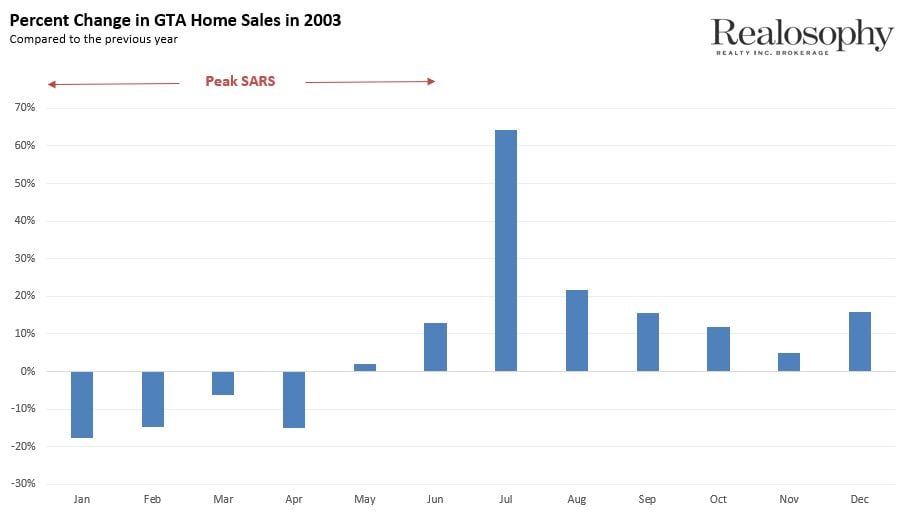 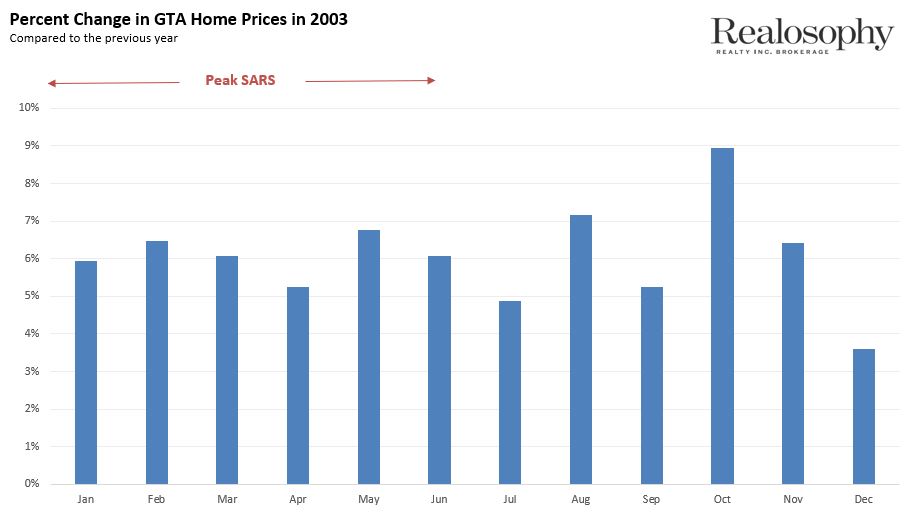 My instinct is that we are likely going to see a similar trend in the GTA in the coming months.

Home sales in the GTA in February were growing by over 40% compared to last year and prices were growing by just under 20%. Even if fifty percent of Toronto area home buyers step out of the market, we would still have a competitive seller’s market with roughly 2.5 months of inventory. Homes would still sell quickly but instead of getting 15 offers on their offer nights they might get 1-3 offers.

Buyers will still be out buying homes, sellers will still be selling and if we see a bit more calm and balance in Toronto’s real estate market as a result of the Coronavirus, that’s not a bad thing - though, of course, not worth the heartbreaking loss of life.

Take care of yourselves and each other and stay well.