When will innovative Toronto-area brokerages like Realosophy finally be able to share home sold prices with consumers online?

Editor's Note: As of Thurs Sept 20 2018, TREB has been providing sold data to brokerages and agents through a queue system. Some websites, including Realosophy.com, are now able to share some sold data with consumers.

Two weeks ago, the Toronto Real Estate Board (TREB) was finally told it must allow its members (agents and brokerages) to display sold data on their websites for consumers.

When the Supreme Court declined to hear TREB’s appeal against the Competition Tribunal’s finding of anti-competitive behaviour, it seemed to mark the end of a battle that started in 2011.

But the fight is not over. 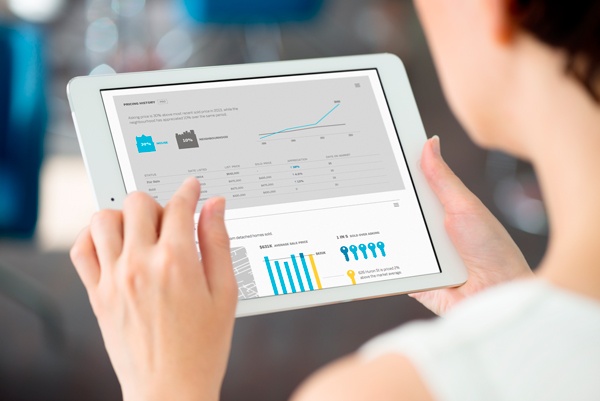 Realosophy.com offers clients working with a Realosophy agent additional price, neighbourhood and house data analysis. The Competition Tribunal's ruling against TREB makes it possible, in theory, for Realosophy to offer some of this data, such as home sold prices, to registered website users as well (not just clients).

When I was approached over seven years ago by the Canadian Competition Bureau to testify in its case against TREB,  I felt two things.

One, I felt proud that my brokerage, Toronto-based Realosophy, was being recognized as an innovative brokerage using data to improve its service offerings to consumers.

Two, it meant going up against TREB, an organization that routinely threatens to cut off data access for members that are building innovative websites for consumers.

TREB has long sought to protect data held in the MLS system, a platform which all member agents and brokerages use to upload details about homes for sale. TREB says it believes in restricting access to data for reasons of consumer privacy.

But it’s consumers who want access to the data, leading to the strange situation of TREB protecting consumers from themselves.

In reality, TREB, in a reflection of their traditional real estate mindset, prefers instead to maintain the status quo of agents plastering neighbourhoods with sold prices on flyers which invite consumers to contact agents for more information. The reason why TREB is fine with this practice of consumers having to call an agent to find out what a home sold for is because they believe that restricting data is the only way to attract consumers.

I don’t share the traditional real estate mindset. I founded my brokerage Realosophy in 2009 with the belief that the quality of real estate agent and brokerage services was unacceptable.  Rather than using data and expertise to analyze trends in the market to be able to better inform their buyer and seller clients as to what decisions they should make, many agents' advice still boils down to the same real estate slogans you would have heard in the 1950s: It’s always a good time to buy real estate, If you don’t buy now you’ll get priced out of the market, and Location Location Location! Worse, the only interest many traditional agents have in data analysis is figuring out if they can advertise that they are the “#1 agent” in their market (which somehow just about every agent manages to be).

In deciding to testify against TREB, I risked TREB cutting off my access to MLS data which would eliminate my ability to operate as an agent - killing off my livelihood - and operate a brokerage like Realosophy, negatively affecting all our team members and clients.

But I had no choice because my mission was to do real estate better - I had no interest in just hanging onto my MLS access to simply practice like a traditional agent.

Though there are other brokerages with innovative websites serving Toronto, I was not joined by many of my peers in testifying against TREB - only one other Toronto-area brokerage, theRedPin (now defunct), joined in the fight.

I've spent the last couple of weeks talking with media about how happy I am that the Supreme Court decision means that there may finally be a light at the end of the tunnel.

But years of watching and dealing with TREB has left me unconvinced that the fight is over.

Since the dawn of the internet & data age, TREB’s main strategy has been to stall: unlike travel agents, clothing retailers and taxi drivers, real estate agents are never going to have to change. Now, I appreciate that it is hard to guide members through the data age - agents and brokerages are facing incredible pressures to change how they do business in a very short amount of time and some are already suffering.

It is hard, but you still have to lead.

In contrast, across the border, the National Association of Realtors (NAR) decided to reach a settlement with the U.S. Department of Justice when faced with their own charges of anti-competitive practices in 2008, which has allowed innovative American brokerages and agents to enhance their website service offerings. In fact, I testified alongside the Chief Operating Officer of one of those innovative brokerages, Seattle-based Redfin, in support of the Canadian Competition Bureau’s charges against TREB.

By taking a hard line position against its own members who innovate, TREB has made it almost impossible for Toronto-area brokerages and members to prepare for the data age. Who knows if our fellow competitor, Toronto-based Redpin, would have survived had they been able to fully execute the data strategy they launched with. (And in a case of twisted priorities, it is interesting that TREB turns a blind eye to third-party websites that somehow obtain all MLS data and re-sell it back to brokers and agents interested in determining if they are “#1” in their market.)

Now, we are seeing evidence that TREB intends to continue with its stalling ways.

While the Competition Bureau believes that TREB should have already updated its data policies and delivered the required data to member brokerages and agents (including sold data), TREB has instead issued a notice saying that they intend to comply at the end of October.

But I’m not holding my breath.

Since initially losing their case against the Competition Bureau in 2016, TREB has consistently maintained that they are 'confused' by the ruling and don’t know what data they need to provide to members and I would not be surprised if their Oct policy update and data release (if it happens) falls well short of what the Competition Tribunal has ordered them to provide.

And amidst all their 'confusion', TREB continues to issue threatening letters to member brokerages and agents, who remain unable enhance their websites for the benefit of consumers in the meantime.

Who knows? Maybe October will bring in a new age of clarity (and leadership).

If it does, Realosophy has invested the hard work required to be ready to serve consumers from Day One.

But as I said, I’m not holding my breath quite yet.