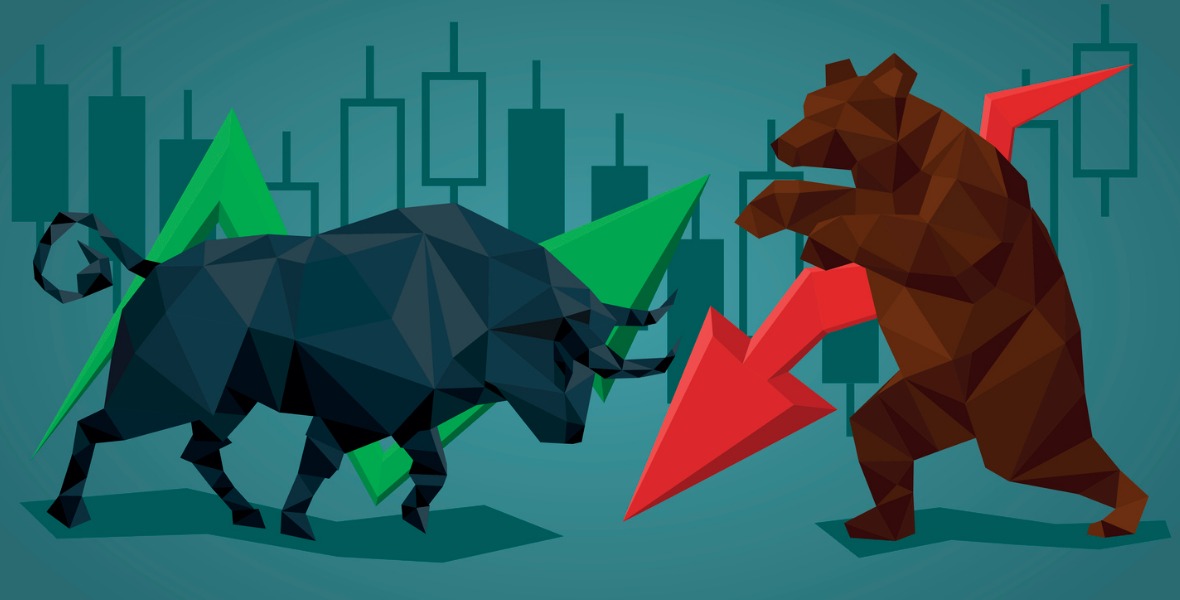 The headlines and the recent numbers about the Greater Toronto Area’s real estate market have not been great this spring. Average home prices are down 14% in March and sales are down 40% year-over-year – the type of numbers that leave you with the impression that the sky is falling on GTA real estate.

But the numbers don’t really reflect what is happening in the market today and it’s leading to a lot of confusion for buyers who find themselves in bidding wars on homes during a market that they hear is in decline. 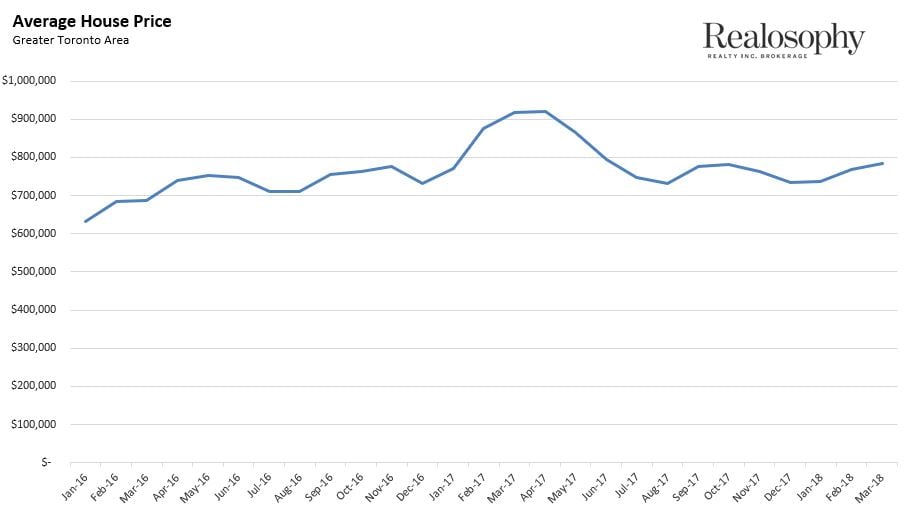 The decline in prices we are seeing in the headlines today actually reflect the declines that happened last year. They’re making the headlines now because we are now comparing these declines on a year over year basis against the peak of the market. But in many ways, these price declines are old news.

When considering the decline in sales, there are a couple of things we need to keep in mind. Firstly, we are comparing our market today to the peak of Toronto’s real estate bubble – a market that was so out of balance prices were rising by 33% per year. To get back to a more balanced market either sales have to fall dramatically or new listings have to rise – or both. In the case of the GTA new listings were actually down 14% over last year which means that any relief from the bubble-like imbalance we saw last year had to come from a dramatic decline in demand.

When trying to make sense of how alarming this decline in demand is we want to consider the demand for homes in relation to the current active inventory. The months of inventory represents the number of months it would take for all the current homes on the market to sell given the current inventory levels and sales volumes. 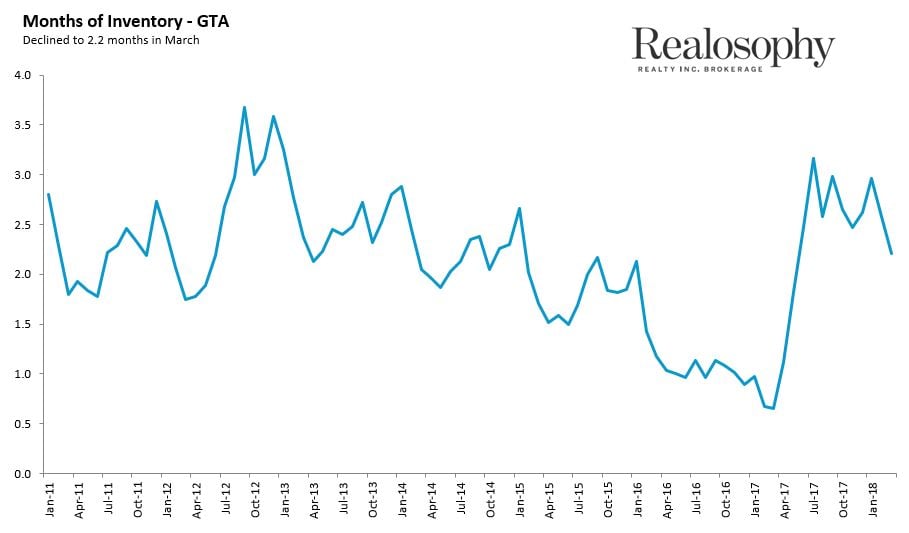 Today's market of course is not as competitive as last March when there was just over half a month of inventory – but it is still a competitive market and explains why many downtown buyers are finding themselves competing in bidding wars.

While there are some areas in the GTA that are cooler than others and showing some price declines – the market as a whole is actually quite stable right now.