Nice to know that my spidey-sense is more than a caffeine-induced health emergency.  At the start of this week, I was curious as to why developers supported the introduction of the new Toronto land transfer tax - an act of concerned citizenship or something more? 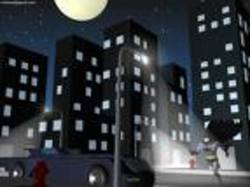 Unlike our fellow urban enthusiasts at spacing toronto (the franchise also known as spacing wire), who excitedly welcomed the developers' turnaround, we demurred.  While we have the same crush on Jane Jacobs, we recognize that policy analysis is an exacting art.  Or an annoying tic.  In either case, persistence is the key. We wanted to take a closer look at the numbers behind the words.

I had a hunch that developers deemed the tax to be a better option than those discussed behind closed doors - did this have anything to do with the charges that developers pay when they build shiny new things, I wondered?  It was high time we built a conspiracy.  Trouble was, it was hard to get firm figures on what developers pay around the GTA (we're still on the case).  In the meantime, it turns out that the City isn't comfortable with the numbers they do have - on Monday, Council Executive Committee asked staff to "expedite" a study to update development charges.  And yesterday, the Toronto Star got into some numbers.

It turns out that building in Toronto is cheap when compared to the rest of the GTA.  Local jurisdictions levy new construction in order to provide for the services that support property development - roads, public transit and sewers.  Developers pass these charges onto HomeBuyers.  York and Peel Regions have recently raised fees - and in York, developers are fighting back in court.  Because its already well-developed, Toronto has traditionally charged developers lower rates to build on already existing support systems.

If you care about Toronto's planning goals, raising development charges is not an easy proposition to work through.  It makes sense that developers would rather HomeBuyers pay a new tax than higher prices for their product, and they have worked hard to ensure that first-time HomeBuyers - a key market - would be exempt from the new land transfer tax.  However, the industry's efforts to turn Toronto into Towerland nullifies the idea that no new support is required - a quick jaunt to TTC's Finch Station 'Kiss-n-Ride', a.k.a Wait-n-Throw (loved ones out of moving vehicles), will tell you that.

On the other hand, passing on higher costs for new construction may hurt dreams of encouraging compact or high-density living in Toronto.  Higher building costs may encourage employers to build outside the City - and force workers to endure a commuting lifestyle that only audiobook fiends can thrive on.  And bumping up the cost of new construction for HomeBuyers means that the City could be emptied of the diversity it needs.

My initial hunch is that developers could stand to share more of the City's burden.  While development charges may be fully cost-recovered from HomeBuyers now, developers may be forced to absorb more responsibility in the future.  Lowered demand (and prices) may result with the advent of the finished condo (full of investors looking to sell or rent units immediately) - not to mention an aversion to growing children in shoeboxes.  And perhaps employers will be forced to be more responsible too, as a mammoth cohort of baby-boomers approaches retirement and their younger labour force replacements demand shorter commutes and family-viewing-time in exchange for toil.  But we're only talking hunches for now.

What is clear is that Mayor Miller and City Council didn't engage us in a comprehensive debate when they asked us to support a 'fair' tax plan.  Instead, Torontonians are going to be treated to one long, incremental ride.  Meet you at the Park-n-Hike at midnight.

Urmi Desai is an economic analyst and a freelance writer specializing in urban issues.  She is editor of the Move Smartly blog.