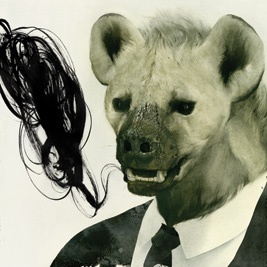 Last week, we scooped up rush tickets to see Glengarry Glen Ross, staged by the Soulpepper Theatre Company at the Yonge Centre.  It’s especially edifying to head down to the Distillery to catch a play – the promise of a good coffee and chocolate from neighbouring SOMA serves as consolation prize if the accents don’t quite impress.

With Glen Ross, you can skip the extra dose of chocolate.  Featuring perfectly calibrated performances by Albert Schultz and Eric Peterson, the play became a surprise hit after Toronto critics lauded the gritty performance of its central characters - real estate agents kneeling at the altar of the “sales lead” (think of why national “do not call” lists have been created) at a real estate brokerage specializing in dubious Florida properties.  Written by David Mamet, who was awarded the Pulitzer Prize for his efforts, the dialogue is swear words and slurs dotted with other parts of speech, a 3-D model of the pathos - and humanness - of greed.

For the antagonists-as-protagonists, the line between greed and mere survival is blurred.  And it’s messy for the jury too – a crooked agent appears ruthless in his quest to serve a daughter who expects him to pay for a lavish wedding - or maybe he's just an elderly man trying to pay for his next meal?

It’s easy to locate this piece in a different time – the oversized and poorly stitched world of the 1980s sales office is a piranha pool of racist sentiments (Indian and Polish last names are now dominating the list of leads but everyone knows “they don’t got no money”) and generational battles which pit the young and desperate against the aged and desperate.

But looking at the time capsule onstage, I couldn’t help but think of the more recent drama that has been the US subprime ruse.  I wondered about the dialogue that filled the boardrooms of banks, the offices of mortgage firms and the kitchens of over-leveraged home owners.  The language may not have turned the air blue but was the gist the same?

Glengarry Glen Ross is now playing at the Yonge Centre until May 16.