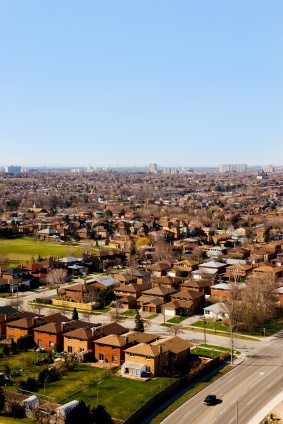 Events this week made me think of Tyler Brûlé on Toronto: “He’s got a really nice flat and it’s great that his kids go to a nice school, but shit, it’s boring there.”

Brûlé, the creator of Wallpaper* magazine and purveyor of urban envy, believes, not unlike your cool friend Jade from Tokyo who refuses to visit you, that a city dominated by detached homes with two car garages can't generate the "anything can happen" type of street life that has driven us to sit through two very, very bad Sex and the City movies.

Last Thursday, arriving home after a good day at the office, I thought about fleeing the old homestead, getting up to my elbows in some trouble, doing something wild. Shockingly, I didn't have to go far. Somewhere in the detached bungalow strewn darkness of my nice neighbourhood, someone was actually playing a live instrument. Loudly. On a Weeknight.

There is nothing like the sound of the lilting yet strangely urgent fiddle music of Pontian Greeks on a warm breeze to tell you to drop your groceries and follow the piper. (Well, there is the Pernambuco Maracatu, but that's another story, on another night.) Within ten minutes, I had located the neighbour celebrating his son's marriage, accepted a very warm invitation to the party, seen the arrival of the police cruiser sent by other neighbours, watched the band pack up and folded my laundry.

The next day, a home owner walked into our new Realosophy HQ in Leslieville. He wanted to know about the neighbourhood. He was excited by the gritty energy of the streets, the feeling that anything could happen. He owned a very nice home in a very nice North Toronto neighbourhood, but was very bored: "the neighbours are boring, the neighbourhood is boring, life is boring." Seems he had been into collecting used appliances in a previous life. Maybe someone had called the cops.

Urmi Desai is Founding Editor of movesmartly.com and Realosophy’s Chief Content Officer where she oversees realosophy.com.