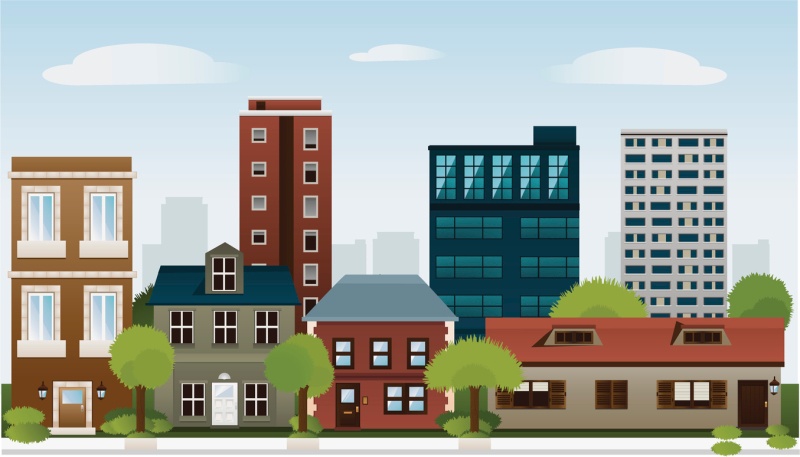 Ryerson’s City Building Institute published an interesting paper this week that concluded that builders are not building enough family-sized condo units to keep up with the future needs of GTA home buyers.

The report highlighted what they called an affordability gap between the average sale prices of detached homes and condominiums.

But when we control for the size difference between low-rise homes (detached, semi, row houses) vs condos we find a very interesting paradox in the GTA’s real estate market – it’s actually less expensive to buy a home compared to a condo.

Condos vs Houses in Maple

Maple is a neighbourhood in Vaughan that has both low-rise houses and condominiums.

A young family can buy a 1,385 square foot rowhouse in Maple for approximately $685,000 (all numbers are based on an average of recent sales).

Maple does not have many recent sales of 3 bedroom condos that are similar in size but when we look at the larger two bedroom units in the area we find that they are selling for roughly $684 per square foot. This means that a 1,385 sqft condo would cost approximately $947,000 at the current market rate (1,385 sq ft at $684 psf.)

This theoretical family-sized 1,385 sq ft condo in Maple would cost buyers an additional $261,000 when compared to buying a rowhouse that is the same size. It’s also worth noting that this difference in price ignores the fact that the rowhouse has an additional 650 sq ft of living space in the finished basement (basements are usually not included in square footage calculations for houses) along with a yard and an extra parking spot.

Condos vs Houses in Leslieville

Leslieville is a neighbourhood in central Toronto that also has a mix of houses and condominiums.

But even in Leslieville where we appear to have price parity – houses still offer more value for families. As I mentioned earlier, this price parity ignores the fact that the finished basements in houses makes the total living space in them 50% larger than condos and it ignores the access to a private back yard. Both tend to be very important features for young families.

If we factored this additional living space into our calculations – houses would be significantly less expensive on a price per square foot basis than condos in Leslieville.

Why are condos more expensive than houses?

The majority of new condominium construction is driven by investor demand – not demand from families – and investors are willing to pay much more (on a ppsf basis) than end users are. Investors also prefer smaller units because they are less expensive and typically have a better return on investment than larger units.  Because of this, the price that developers are paying for land is based on what investors are willing to pay for condos which explains why its hard for them to build affordable family-sized condos.

In the case where the demand is from end users, condos fill a price gap in the market. If we refer back to my Leslieville example – many of the larger two-bedroom condos in Leslieville are approximately 1,000 square feet and sell for roughly $850,000. If your budget is $800,000-$900,000 and you want to live in the heart of Leslieville – a condo is your only option.

The same of course applies to buyers who have a budget under $400,000 in the GTA. They don’t care that they’re paying more per square foot to live in a condo vs a house because buying a low-rise home on a $400K budget isn't possible.

But young families with a budget of $700,000 on the other hand do have options. They can choose to buy a 2 bedroom 1,000 sq ft condo in Maple for that price, or a 3 bedroom 1,385 sq ft row house with a finished basement and a back yard. For most, it’s a pretty simple choice.