An investigation into the claim that thousands of Toronto investor-owned condos are sitting empty.

One of the great urban legends about Toronto housing is that of the empty or “dark” condo. The legend goes that investors, frequently foreign investors, buy condos and leave them empty as a way to park their money for safekeeping.

This legend has been around for a while and almost any city with robust housing price growth has some version of it, but this legend was reinforced after the 2018 market crash when there was a very real shortage of safe investments to weather out the storm globally.

But not all legends are false.

While actual data is scarce on the issue, an estimate of 65,000 vacant units in the city of Toronto has been floating around. Derived from census data, in this calculation a unit was considered vacant if a census survey went unanswered by mail and there was no answer at the door when census staff followed up in person on two separate occasions over the course of six months.

But how accurate is this number?

Last year I set out to find out exactly how many empty condos there were in Toronto.

Take photos of condo buildings at night and monitor when lights were on in the units, suggesting that it was occupied.

To do this I set up a Canon camera with a 200mm lens and pointed it at fifteen different buildings in the downtown area. The camera was set up to take one photo every five minutes starting at sunset and stopping at sunrise for one week straight, waiting a few months before repeating the process. My rationale for doing this over two periods was to eliminate the possibility that unit dwellers were temporarily away due to vacations or work trips, etc.

Once all the data was collected, I processed the photos into heat maps via a custom filter and overlaid them on each other to give a cumulative image that showed anywhere there was light activity. 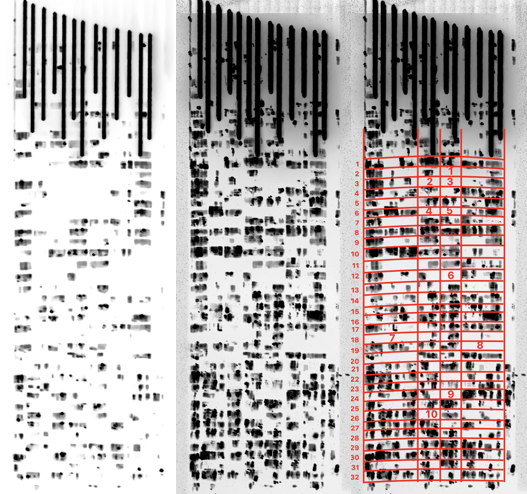 Left Image: A single photo; Middle: Two weeks worth of photos overlaid on each other; Right: The final grid and empty unit count

To figure out which group of lights belonged to a single unit, I looked at the floor plate designs for each building and at the photos themselves. Patterns started to emerge that made identifying the structure of each building possible, and where there was doubt I would err on the side of declaring more units occupied.

In all, photos were taken of 1,362 different units across the fifteen different buildings. Of those, 76 were empty which works out to 5.6%, which is significant.

To put this in perspective — according to CMHC 206,392 condo units started construction between 2008 and 2018, or an average of 20,639 per year. If the 5.6% vacancy rate holds across the entire condo stock in Toronto that would mean that we have at least two years worth of supply sitting empty.

Of course, not every building is the same.

In buildings were AirBnB utilization is reportedly very high, such as the Ice towers, the vacancy rate appeared to be very low. For other buildings, the rate reached as high as 13.5%. 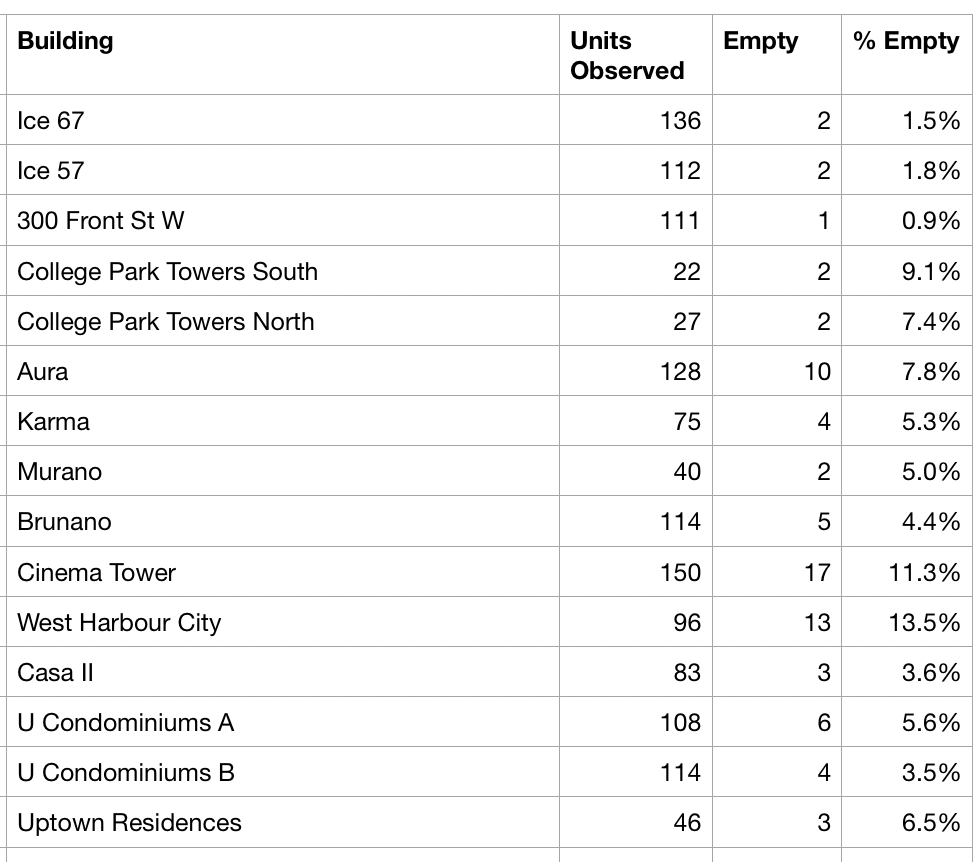 While not everyone agrees that empty condo buildings are a problem, many see a high number of vacant units as being a challenge to our collective desire to build a livable and inclusive city.

Given this, our public institutions should be doing more to determine what this vacancy rate actually is across the city — and our city leaders thinking about whether anything should be done about it.

Jaco Joubert is a designer, software developer, entrepreneur, and city building enthusiast. In his free time he spends his time tinkering on interesting side projects such as Guestlist and analyzing Toronto housing inequality.

Why it's important to know whether a home has heritage designation before you buy - and how to...
Read More