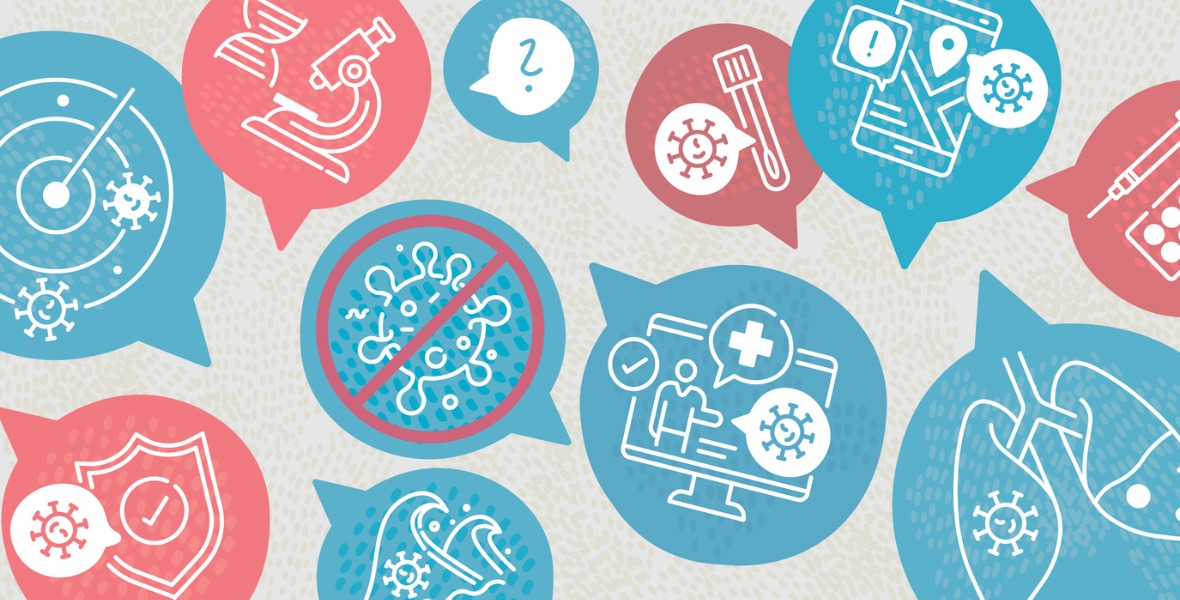 Five insights into the Bank of Canada's optimistic forecast due to falling infection rates and large-scale vaccinations, and what that means for your mortgage.

Last week the Bank of Canada (BoC) provided its latest assessment of the economic landscape both at home and abroad via its policy statement, Governor Macklem’s accompanying press conference, and the issuance of its latest Monetary Policy Report (MPR).

There had been speculation that the BoC might cut its policy rate, which our variable mortgage rates are priced on, but that didn’t happen. Nonetheless, the Bank did offer several valuable insights that are noteworthy for anyone keeping an eye on Canadian mortgage rates.

Here are my thoughts on five of the Bank’s key messages:

The BoC continues to acknowledge that its outlook “remains highly conditional on the path of the virus and the timeline for the effective rollout of vaccines”, but it is now more optimistic about the positive impact that vaccines will have on our medium-term outlook.

Its latest forecast assumes that we will achieve herd immunity more quickly than previously believed, based on the faster than expected development of vaccines. In its October MPR, the BoC assumed that we would achieve that goal by mid-2022, but its latest forecast moves that date up to late-2021.

In his accompanying press conference, BoC Governor Macklem confirmed that the Bank has aligned its expected timing for wide-spread vaccinations with our federal government’s current guidance. While that is understandable, if for no other reason than maintaining consistency among our policy makers, it seems wildly optimistic.

Our federal government recently announced with much fanfare that it had secured enough doses to vaccinate our population several times over, but the timing of the arrival of those vaccines is, in several cases, still uncertain. Most importantly, while developing viable vaccines is a critical step, the hardest parts will likely prove to be receiving those vaccines and administering the jabs.

A blunter assessment would concede that we have already seen significant delays in deliveries, that there hasn’t yet been any clear communication about when and how the general population will be vaccinated, and that we don’t yet know the impact that vaccine hesitancy among the population will have on overall vaccination rates. What we do know is that, thus far, our vaccination rates are trailing well behind most other countries, notably the U.S. and the UK. (For comparison, we’ve vaccinated 2.1 Canadians out of every 100, while the U.S. rate is at 6.1 and the UK rate is 10.1.)

The BoC also acknowledged the risk that more contagious variants of the virus could necessitate stricter lockdown measures, but its forecast is based on the assumption that “the most severe of these measures will be eased in February”. On that note, this past Saturday we learned that the UK B117 variant I wrote about in last week’s post was just confirmed as the cause of death for 32 residents at a single Barrie, Ontario nursing home.

We’re in a race to vaccinate the population before the virus pushes infection rates beyond levels that our health care system can manage, and the BoC’s newfound optimism requires wishful thinking that I just don’t share. I am highly sceptical of the Bank’s assumed timing of when herd immunity will be reached, and by association, of the more optimistic medium-term economic outlook that is tied to it.

The BoC recently hinted that it might consider another cut to its policy rate, which currently stands at 0.25%. At the same time, it reiterated that it would not consider moving that rate into negative territory, which led to speculation that we might see a micro cut of 0.10% to 0.15%.

If the Bank is going to cut again, it would most likely do so at one of its four annual meetings that include the release of its quarterly MPR, because it can use that report to detail the rationale for its decision. The next MPR won’t be released until its April 21 meeting, so talk of another rate cut will likely die down until then.

If the BoC had enacted a micro-cut, it would have been primarily to stem the Loonie’s rise against the Greenback, which has been caused by the “broad-based depreciation of the U.S. dollar”, and not by improving domestic factors that would otherwise make that appreciation less of a concern.
The Bank is reluctant to address the Loonie’s value directly, for fear of being seen as trying to manipulate it, but it did highlight the rising Loonie as a key downside risk in its latest MPR, noting that it has now risen to its highest level since early 2018.

Somewhat strangely, the BoC’s concern about the Loonie’s impact on the competitiveness of Canadian exports did not prevent it from significantly increasing the assumed contribution of exports to our GDP in 2021 (from 1.3% to 1.7%) and 2022 (from 1.5% to 1.9%). Those were the biggest upward revisions the Bank made to any of its GDP growth sub-categories in its latest MPR forecast.

For now, the Bank will hope that highlighting its increasing concern about the lofty Loonie will help stem its rise, along with its oft repeated reassurances that it will maintain its aggressive monetary policy actions “until the recovery is well underway”.

Changes to the BoC’s quantitative easing (QE) programs may cause our fixed mortgage rates to increase long before a policy-rate rise impacts our variable mortgage rates.

As part of its initial response to the pandemic, the BoC committed to buying at least $5 billion worth of government debt each week. Its initial objective was to preserve market liquidity, so it focused on shorter-term maturities. But then, in October, the Bank reduced its weekly bond-buying commitment to $4 billion and shifted its focus to longer-term government bonds that are tied to “borrowing costs that matter most to households and businesses”.

That’s why the Bank’s taper timing is important to anyone keeping an eye on mortgage rates. To that end, the BoC’s policy statement emphasized that as it “gains confidence in the strength of the recovery, the pace of net purchases of GoC bonds will be adjusted as required.”

That phrasing has fueled speculation that the Bank could start to reduce its QE purchases as early as this summer, and if enough investors believe this will happen, the expectation alone could be enough to push up bond yields, and our fixed mortgage rates, in anticipation.

For now, however, I think the market will maintain a wait-and-see approach. And if I’m right about the BoC’s expectations being overly optimistic, its increased confidence will end up taking much longer to build.

All of the BoC’s actions tie back to its primary mandate of maintaining price stability, which it achieves by keeping overall inflation at or near its 2% target.

The Bank is now warning of a short-term inflationary uptick in the months ahead, but it notes that this will primarily be caused by gas-price declines that occurred at the pandemic’s outset, which will no longer be counted in the CPI’s twelve-month look back. As those lower prices roll off, higher but more normal prices will take their place. At his press conference, Governor Macklem made it clear the BoC would look past this temporary inflation rise, and he reiterated the Bank’s belief that inflation will not sustainably return to its 2% target until sometime in 2023.

The Bank also challenged the view that we’re headed for a repeat of the Roaring 20s when the pandemic ends.

This consensus narrative predicts that the cash that has been building up on personal balance sheets during the lockdown will be released in a spending wave that will cause inflation to surge when the pandemic ends. Instead, the Bank believes that households will “remain somewhat cautious” and that the “increased desire for precautionary savings … [will] dampen demand through 2023”.

(I offered a similar take in this recent post.)

The BoC expects the U.S. economy to be “more resilient to the pandemic, largely due to less-restrictive containment measures and strong fiscal and monetary stimulus”.

The U.S.’s less restrictive containment measures have also led to much higher infection rates, and I find it interesting that the Bank doesn’t expect that to ultimately cause the pandemic to drag on for longer there. If its health-case system is eventually overwhelmed, U.S. economic activity will likely take more time to recover, not less.

It’s no accident that the BoC is forecasting that the U.S. Federal Reserve will need to tighten its monetary policy in response to sustainably higher inflation before the BoC does here. (As a reminder, it expects Canadian inflation to reach 2% “some time in 2023”.)

The Loonie’s recent rise is explained, in part, by the fact that investors expect the BoC to raise rates ahead of the Fed. If the Bank is trying to clip the Loonie’s wings, disavowing them of that notion is a good place to start.

The BoC’s more optimistic forecast may put some air under the GoC bond yields that our fixed mortgage rates are priced on in the months ahead, but only after we get used to reading encouraging headlines about falling infection rates and large-scale vaccinations.

(Although I hope that comes to pass, my gut tells me to expect otherwise.)