Developer Jim Neilas had a plan to build a beautiful 8-unit condominium called N-Blox (photo left).  N-blox, designed by Quadrangle Architects, was to be located in Toronto's Little Italy neighbourhood (see Realosophy's Little Italy neighbourhood profile for local school and housing stats). The condominium units ranged in size from 1,100 to 2000 square feet and were intended to be as open and spacious as a downtown detached home. But despite some positive press coverage, the project failed to make it off the ground.

Since then, Mr. Neilas has revised his plans for 799 College Street and is instead releasing a six-storey 21-unit condominium called Cube Lofts (photo below). The one and two bedroom units will range from 550 to 2000 square feet in size.  The developer will be releasing units for sale at a VIP Broker event on Thursday October 11.  Interested HomeBuyers should contact their agents to get in on this  project. 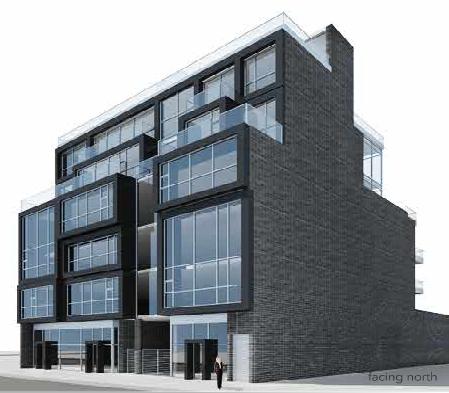