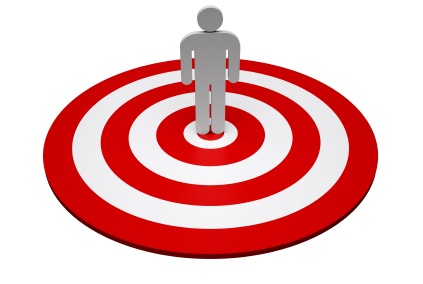 Violence and the City: Toronto the Helpless?

It seems that a week in Toronto is no longer complete without that criminal act which appears to define the word ‘senseless’ as we understand it: the mundane day at the store or walk to the subway punctuated by the violence of strangers.

Yet in spite of the headlines, Maclean’s recent Canadian crime rankings (based on 2006 Stats Can data) underscore what the experts have been telling us – while Toronto is not squeaky clean, it may not be the lawless jungle that the media likes portray.  Out of a list of 100 major cities (with populations greater than 5,000), Toronto ranks 26th in terms of overall violence (from homicide and sexual assault to break-ins), well below Vancouver at 9th and Montreal at 19th.  While homicide rates climb in smaller urban centres in Canada (Winnipeg tops the list), the reverse is true in the US where large urban centres are home to the highest rates of homicide.

What’s more, a 2006 Stats Can report reveals that 83% of murders in Canada are committed by at least one known to the victim.   And more of these crimes, say police forces across country, involve gang activity.  While Toronto may not be experiencing a crime wave, the increasingly sensational nature of gun crime in the city – bloodying icons such as the Eaton Centre and the TTC – has made its mark (according to Maclean's, Toronto accounts for one-fourth of the nation’s gun crimes).  In response, the Mayor has launched a campaign to ban hand guns in Canada.

These trends are intersecting with another dismaying story – the growing permanence of Toronto’s poverty pockets.  In an interesting statistical mapping exercise, J. David Hulchanski, Director of the University of Toronto’s Centre for Urban and Community Studies, finds evidence of three distinct Torontos: a wealthy inner ring, a less wealthy middle ring and an economically challenged outer ring (comprised of the inner suburbs of North York, Etobicoke and Scarborough).  I do have some minor quibbles with the study (use of average rather than median income stats may highlight differences that are not as obvious on the ground; it would also be instructive to consider how the quality of housing stock in all price ranges across the GTA has changed over the same period), but Hulchanski's work is compelling - and worrying.

The migration of gun crime to these inner suburbs gives weight to the notion that neighbourhoods matter, but poor inner city suburbs told us the same story.

Observing US inner cities in the 1950s, Jane Jacobs argued that isolated social housing districts posed a danger for inhabitants not because they were crowded or poor but because lacked vibrant public spaces or ‘eyes on the street’ that could prevent a mugging or beating.  While we are rebuilding inner city housing projects in part to reflect this wisdom, poverty has migrated to the stark suburban towers of East York, North York, Etobicoke and Scarborough – tiny spaces perched atop six-lane launch pads – veritable petri dishes for crime, many would have us believe.  Those at the forefront of Jane and Finch revitalization efforts might disagree.

In any case, closed circuit cameras, chillingly dispassionate witnesses to the shooting death of a young man in Lawrence Heights earlier this year, seem to be a hastily constructed hedge against Jacobs’ assertion.  I wonder if the point is now moot – gun violence is different than the old-fashioned knife fight, rendering obsolete, among other things, the good Samaritan (though I note that this week’s tragedy in Brampton appears to have involved both a knife and a valiant husband).

Some answers do seem more manageable when we focus on urban planning.  Given that real estate markets in a capitalist economy will always drive towards economies of scale, making a public system based heavily on rent subsidies prone to inhumane building, governments should get more involved in building housing projects.  A variety of initiatives – from the revitalization of Regent Park and Lawrence Heights to the mandatory inclusion of social housing in waterfront redevelopment projects – are already underway.  Public transit initiatives should place priority on connecting the excluded dots.

But however well-connected and well-designed, when low-income housing becomes a permanent, demoralizing stop we know we’ve reached the limits of the design principle.  While we might be able to correct our physical flaws, the workings of our society remain a tangled ball of theories and suppositions.  A myriad of issues – from the breakdown of the family across classes to the pipedream that is often sold to would-be immigrants – make for a daunting backdrop on which to build utopias.