Elia - A Neighbourhood Being Left Behind? 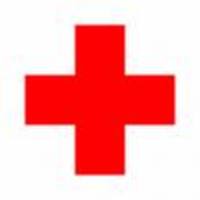 Some time ago, I wrote about the neighbourhood  of Elia. This community, pigeon-holed into a high-crime danger zone because it houses Toronto’s infamous Jane Street and Finch Avenue West intersection, had been the topic of a re-branding conversation - the goal is to “kick-start a renaissance of the area”, according to Councillor Perruzza. More recently, residents have been involved in a different battle, one that their community depends on.

Both sides of the argument make strong cases. On one hand, a state of the art facility would provide advanced medical care and potentially attract much needed doctors to Toronto (who doesn’t like something shiny and new?); an ambulatory service is to remain at Jane and Finch. On the other hand, existing locations provide vital employment and services for their respective communities, especially in the north west portion of Toronto; the Jane and Finch facility could also house a potential medical school for York University and train the much needed doctors.

Having been selected as the location for Toronto’s first Africentric school, Elia had gained something to be proud of, something that was unique to the neighbourhood. Removing, instead of improving, the community hospital seems to keep this neighbourhood within the bounds of an marginalized equilibrium.  For every one thing gained, one thing is taken away.