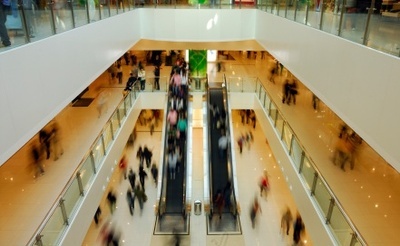 The shopping mall, currently staring as the villain of Leslieville, and frequent associate of the gassy nightmare that is the suburbs, is rarely heralded by urban enthusiasts.  It’s easy to see why.  With monstrous proportions and expansive parking lots, most North American malls do not engender lively conversation, let alone lively streetscapes.  What’s worse, argue social activists, mass retail is responsible for greater social ills including local wage depression, the death of small business, global labour exploitation and pollution.

But shopping is an age-old human pursuit.  In many of the world’s bustling cities, commerce – rather than social protest – assembles the most diverse crowds, day in and day out.  And some sociologists argue that shopping may have a good side.  Whether ancient bazaars or modern gallerias, the marketplace can sometimes be accessed by women, the elderly and other marginalized persons when other doors are closed.  In North America, the first traditional department store was viewed as a great democratizer.  In England, American entrepreneur Harry Selfridge fashioned his eponymous Oxford Street landmark to challenge the snootiness of London’s small, exclusive haberdasheries and shops.

Over the last fifty years, malls have anchored the suburbs, supplanted only by the big box park/parking lot.  On a hot and muggy Saturday, I recently ran into Dufferin Mall, one of Toronto’s few urban malls.  I needed a camera battery and hoped to cool off while searching for one.  The last thing I expected to be was delighted.  The crowds bubbled over in Portuguese, Vietnamese and expectation.  At the mall, that girl from class could suddenly smile at you.  Your mom could finally admit that you look good in that denim jacket.  You could always meet old friends for a game of cards. 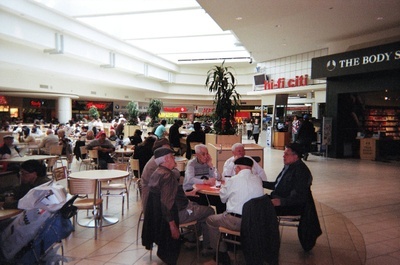 There is no doubt that the suburban mall is a brutal architectural form.  Standing at Bloor, a glance down Dufferin is instructive.  On the west side, an unbroken line of turning cars, parking lots and window-less concrete makes for a long shadow – and a deserted sidewalk.  Opposite the mall, the beautiful greenery of Dufferin Grove invites pedestrians to walk alongside. 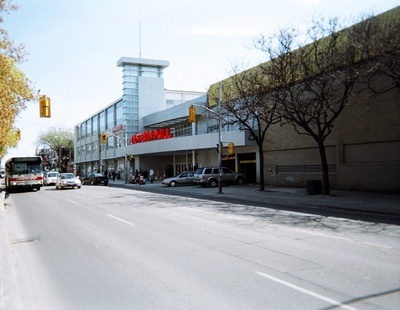 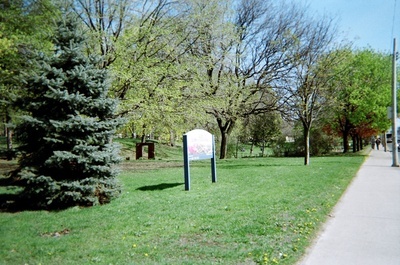 But ugly form is not the whole story.  If the shopping mall is experienced, rather than contemplated, its functional importance becomes hard to deny.  Unlike more ambitious forms of building (crystallized museums, for example), it quickly draws people inside.  During long winters and hot summers, it provides a meeting spot for the young and the elderly alike (urban legend has it that seniors often convince the TTC to re-route in order to facilitate daily mall runs).

Today, developers and architects are challenging the shopping mall design that has dominated for the last fifty years.  Accessible storefronts are to line the streets, public transit is to pass by and parking lots are to go underground.  Most importantly, the mantra is now mixed use – the new mall should be home to independent retailers, larger stores and entertainment venues.  In a new London complex, a restaurant road runs through the mall from outside, making it a more seamless part of the city.

Smart Centres, the firm behind the Leslieville skirmish insists that its mall design breaks away from the past.  Storefronts will line the streets and outdoors spaces abound.  But the plan details a familiar looking above ground parking lot.  Wolf in sheep’s clothing?  One architect says no, others roll their eyes before moving on to the 'real' issues – losing film jobs, defending planning in Toronto, fighting the injustice of Walmart, fighting the riffraff that is Walmart.

But it's important to consider what the mall of today should look like.  Doing this means taking the shopping mall seriously, something many are loathe to do.  But we need to get the mall right - or risk being sentenced to another fifty years.