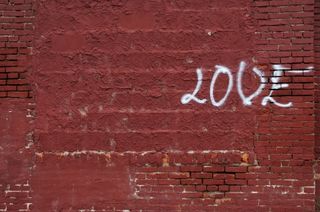 The Scent of a Neighbourhood

I have become a great fan of Andy Barrie.  It happened the morning he reported on the incredible story of brakes being cut on the cars of Toronto-area Liberal party supporters. While interviewing a young man who narrowly avoided widowing his wife when his brakes failed, Barrie instructed listeners on how to locate and apply their own hand brakes, later peppering the show with more Bob the Policeman tidbits.  I was charmed by the earnest water-cooler pragmatism – shamefully addicted to US cable coverage of the presidential election, I couldn’t imagine CNN cutting to a public service announcement during a segment burgeoning with the promise of tragedy, outrage and general loss of faith in mankind.

And now Andy’s done it again. In talking to Posted Toronto last week, he offered up this instructional observation about Toronto neighbourhoods:

I’ve lived in Forest Hill Village, Riverdale, Summerhill, the Annex and Cabbagetown. Finding the right neighbourhood fit in Toronto is only slightly less tricky than finding the right partner to share it with.

Though the search for love (first, real or imagined) involves one-eyed dragoons and other dangers, we tend to miss those fumbling, singularly-focused days once they have grown strange to us by way of repetition, multi-tasking or graduation.  Taking Andy’s cue, dating neighbourhoods makes for a wonderful substitute as one can do it single, semi-single, coupled, semi-coupled, familied, semi-familied or anything in between.

This is a good thing to realize, but it is important to remember that dating is a social interaction belonging to the same species as the job interview, police interrogation and family reunion.  Only the brave, like Woody Allen, make their art here.  And as Woody demonstrates when he mistakes New York City for a woman, falling for a neighbourhood is no different.

Recently, at the end of a barely-lit dinner in one of Toronto’s old world neighbourhoods, a boyish waiter called me ‘Bella’ and held up my coat behind me.  I smiled confidently, looking straight ahead while concentrating all of my inner strength on getting my left arm into the left sleeve without the benefit of sight.  It was edifying but I don’t know about clenching my insides that tightly at the end of a meal.  My partner reminds me, however, that I once was in the habit of killing his chivalry too.  I have since changed my position on who carries the heavier bags.  One tends to change.

And if, in spite of a changing self, one can’t change partners or coat lengths, one can always change neighbourhoods.  Consider it another lesson that Andy taught me.