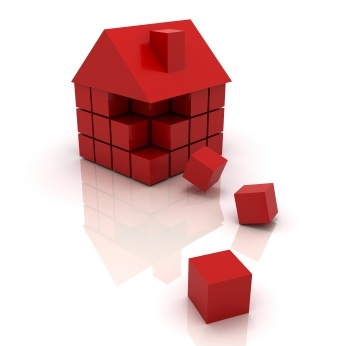 The 'Why' of Home Buying

Given the disastrous effects of the subprime mortgage on the world economy, it is easy to forget that many once saw the instrument as an agent of good.  Under many US administrations, most notably those of Clinton and Bush Jr., social reformers and anti-poverty advocates held out the ladder of credit and encouraged the disadvantaged and disenfranchised to climb up.

Studies have long associated home ownership with positive outcomes.  Children living in homes owned by their guardians tended to do better at school and have higher self-esteem.  Immigrants living their own homes tended to vote in higher numbers, and in doing so, express a heightened sense of belonging in their new community.  Get more people into the game, the thinking went, and extend the benefits to all.

There is no doubt that self-interest is also part of the subprime story.  While Wall Street was busy creating derivatives the incredible transform-o-gadget which turned financial scraps into prime time investments and spurred on wayward mortgage peddlers, the non-profit housing counseling service sprouted, largely supported by public funds.

If reckless greed and feckless altruism corrupted many, what confused researchers?

False attribution.  Like so many Americans, they conflated the value of a goal – homeownership – with the getting there.  Many studies examined homeownership in the days of tighter credit, higher downpayment requirements and heftier monthly mortgage payments.  Getting there was half the battle, and is, it is now reasonable to conclude, the most valuable part.  Once you tough your way to realizing one dream, it’s probably easier to find your way to others – a college education for your child, running for your local council or starting your own business.

It was not greedy of young war veterans, single families and grandparents to reach out for the homes that would better the people they loved.  They, like the experts around them, had confused a shortcut with a solution.  As many in the US now rush to demonize homeownership, they risk failing to understand it – again.