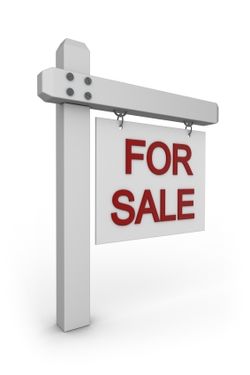 Why are there fewer for sale signs in Toronto?

There are a lot of factors at play when it comes to the current shortage in housing supply that we are seeing in Toronto.

From 2004-2006, annual resale home sales hovered around the 86,000 mark, and in 2007, sales jumped up to 97,000.  The sudden increase in sales was attributed to the jump from 25-year mortgages to 40-year mortgages which made homes more affordable for a greater number of buyers. We did some analysis at Realosophy and found that the majority of this increase in sales was driven by repeat buyers, not first time buyers.

This means that thousands of repeat buyers who were planning to sell their existing house and buy a new house between 2008-2010, may have rushed into the market ahead of schedule in 2007 because of the introduction of the 40-year mortgage.  This shock to our market not only impacted sales in 2007, it is having a lagging effect on supply in the years following because fewer existing home owners are moving.

It’s also worth noting that the number of new listings peaked in 2008 which may also be having an effect on the supply of homes in 2009. The peak in new listings was likely a result of home owners trying to time what they thought was the peak of the market.


But above all, it’s important to understand that some of the basic principles we know and understand about economics don’t necessarily apply to the real estate market (and as the recent financial meltdown has shown, they may not apply to many other markets either). Many of the commentators I hear from on our blog have long been predicting a big increase in the supply of homes (even oversupply) because demand is so high.

In economic theory, businesses increase their supply of goods when demand is up.  In the real estate market, there are many factors outside of price and demand that can influence a home owner’s decision to sell their home, some of the greatest factors being psychological.  Many sellers are fearful about job conditions and would like to stay put until things stabilize.  But there are other effects at play.

Some sellers tend to measure gains and losses against theoretical benchmarks that represent what they would have gained had they sold a year ago or two years ago.  These sellers tend to hold off for better market conditions though they may currently be seeing substantial gains on the investments they originally made in their homes.

I expect that we'll see supply improve and demand moderate in early 2010.