Wowza, it’s been much longer than intended since the last installment of our monthly Top Ten list that tells you what really want to know about Toronto neighbourhoods. To date, we’ve examined Best Schools for $500K and Most Walkable Neighbourhoods for $1M. The response to the first list was amazing; tumbleweed comes to mind when thinking about the second. So we (don’t) hear you loud and clear – you love the city, you get it, walkable is great, biking hooray, just how are you supposed to do it when you've got one to two kids and a budget of $500K? Here's how...

This week, we look at neighbourhoods that offer a 3-bedroom lifestyle with subway access. The bonus? We’ve gone further to ensure that the neighbourhoods on our list offer walkable access to more than transit so your weekends can be as car-free as your commute to work. Interestingly enough, our data confirms what common sense tells us about home buying and trade-offs: not one neighbourhood on our Best Schools for $500K list makes it onto this list (which means it's less likely that you can get both the best schools and direct subway access/walkability for $500K).

Criteria: Only Toronto neighbourhoods with 3-bedroom houses or condos that sold for $500K or less in 2010, have direct access to a TTC subway station and ranked high on walkability need apply. Walkability is calculated by Walk Score (learn about methodology here).

Ranking: Neighbourhoods are ranked first by walkability and then sales volume (measured by the number of 3-bedroom units that sold in 2010 for $500K or less). This tells you which neighbourhoods have the criteria you want and what your chances of getting into the neighbourhood are (likelihood is a feature unique to Realosophy's proprietary Neighbourhood Match tool). 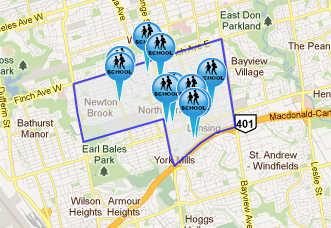 A Toronto classic. With the publication of David Bezmozgis’ brilliant Natasha and Other Stories seven years ago and Calvin Tiller’s story on Bathurst and Finch’s heady cash-for-gold scene in the New Yorker last month, North York continues to tell stories about who we really are. And Willowdale, with its single family houses, teardowns and condos, authoritative strip mall food, no nonsense (and dismayingly grey) access to the Yonge and Finch transit hub and seemingly autarkic Chinese, Korean, Iranian and Russian Jewish communities, is probably closest to who Toronto really is. 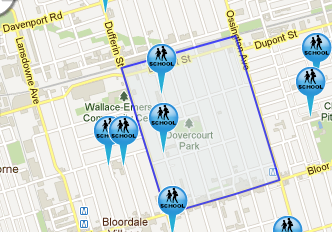 A central Bloor neighbourhood with Portuguese and Ethiopian accents and direct access to Dufferin and Ossington subway stations. 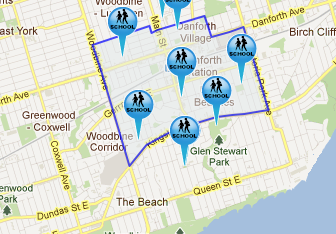 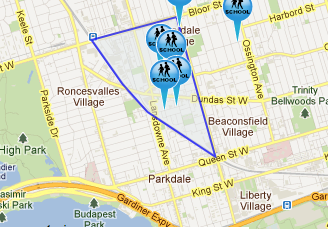 The little sister to Roncesvalles to the west, the northern Bloor boundary of Brockton Village gives the majority of residents walkable access to Lansdowne and Dufferin subway stations. Trendy restaurants continue to flood into Queen Street West and Bloor Street is showing signs of new life. 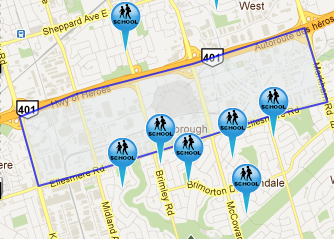 Walkability gives Scarborough new polish. This relatively newer condo neighbourhood is anchored by a popular shopping centre and access to multiple LRT stations making it a popular option for young families and immigrants. 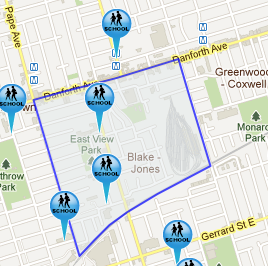 A fast-mover in the east end, this Danforth neighbourhood is synonymous with more affordable access to decent schools, Pape and Donlands subway stations and Greektown street life. Houses need a bit more love than tony Riverdale counterparts to the west, but residents are up for it. 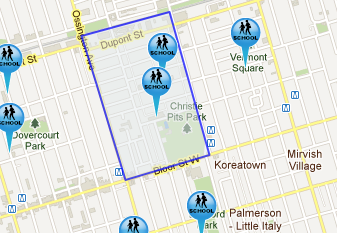 There aren’t many, but a few $500K semi-detached homes in this storied Bloor Street neighbourhood give affordable access to Christie and Ossington subway stations, Christie Pits Park and a classic Korean and Latin American food strip. 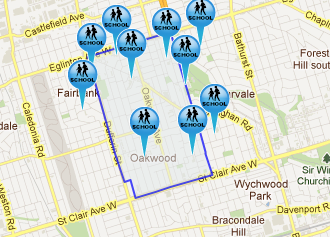 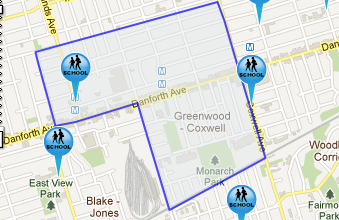 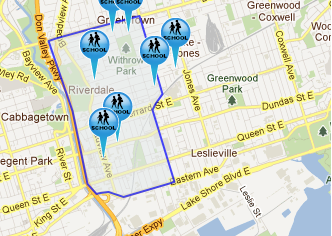 Surprising but true – there are still a few houses for $500K in Riverdale, one of Toronto’s most established urban neighbourhoods for families, but note that less expensive homes tend to be further away from the subway on Danforth.