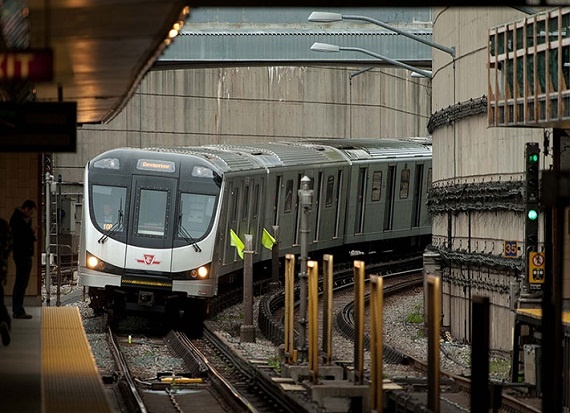 This week in Toronto: Rob Ford gets his cherished subway, condo buyers scramble to tie up loose ends and a heartbreaking story out of Parkdale.

Elsewhere: Canada's infrastructure desperately needs an upgrade and the secrets to a happy commute -- yes, it's actually possible to love it.

“I'm ecstatic. It's three years of nonstop battling but I did what the
people elected me to do and that's deliver a subway to Scarborough,” a
delighted Mayor Rob Ford said after the meeting.

"Some have had to walk away from deposits worth tens of thousands of
dollars. Others have been forced to borrow from family — or against
their principal residence — to come up with final payments on condos
that lenders are no longer keen to finance, according to interviews with
a number of players in Toronto’s condo industry."

Will 'micro-condos' take off in Canada? (CTV)

"These small living spaces -- dubbed "micro-condos" -- are already common
in heavily populated cities like Tokyo, Hong Kong and New York, and
they now appear to be coming to select Canadian cities."

Brampton divided on how to legalize basement suites (The Star)

"The split in Monday’s crowd ran largely along cultural lines, with many
recent immigrants in support of legalizing basement suites, while some
longtime residents voiced concerns. Brampton has an estimated 30,000
illegal basement apartments."

"Over the past 18 months, especially since Canada tightened up its
refugee rules last December, hundreds of Toronto’s Roma families have
been deported or given up and gone back."

"Infrastructure Canada has estimated that the average Canadian household
is spending about $10,000 per year on transportation, more than it
spends on food."

How The Shutdown Is Hurting The Housing Market (NPR)

"Housing is key to the economic recovery," says Zandi, the Moody's
economist. "It's already struggling under tight credit and this is a
problem adding to the impediments to a healthier market."

"New York is the largest global real estate investment market for the
third consecutive year - with volumes rising 39% to US$49.2 billion in
the year to Q2 2013."

A Short History of the Highrise (The New York Times)

"Each film is intended to evoke a chapter in a storybook, with rhyming narration and photographs brought to life with intricate animation."

"How to create the perfect commute? Track down a few happy travelers, and
they'll tell you it's not just about length. People can enjoy commutes
as long as 45 minutes, studies show—and men are less frustrated by long
commutes than women."

"The retail magnate’s 62-floor Torre Gran Santiago in the
city’s financial hub is part of a record amount of office space
about to flood the market."

What to Expect for Toronto's Real Estate Market in 2020

One data trend emerges starkly amongst a litany of theories.
Read More
Data | Toronto and GTA

The Toronto Area real estate market is heating up and getting competitive this winter as sales and...
Read More