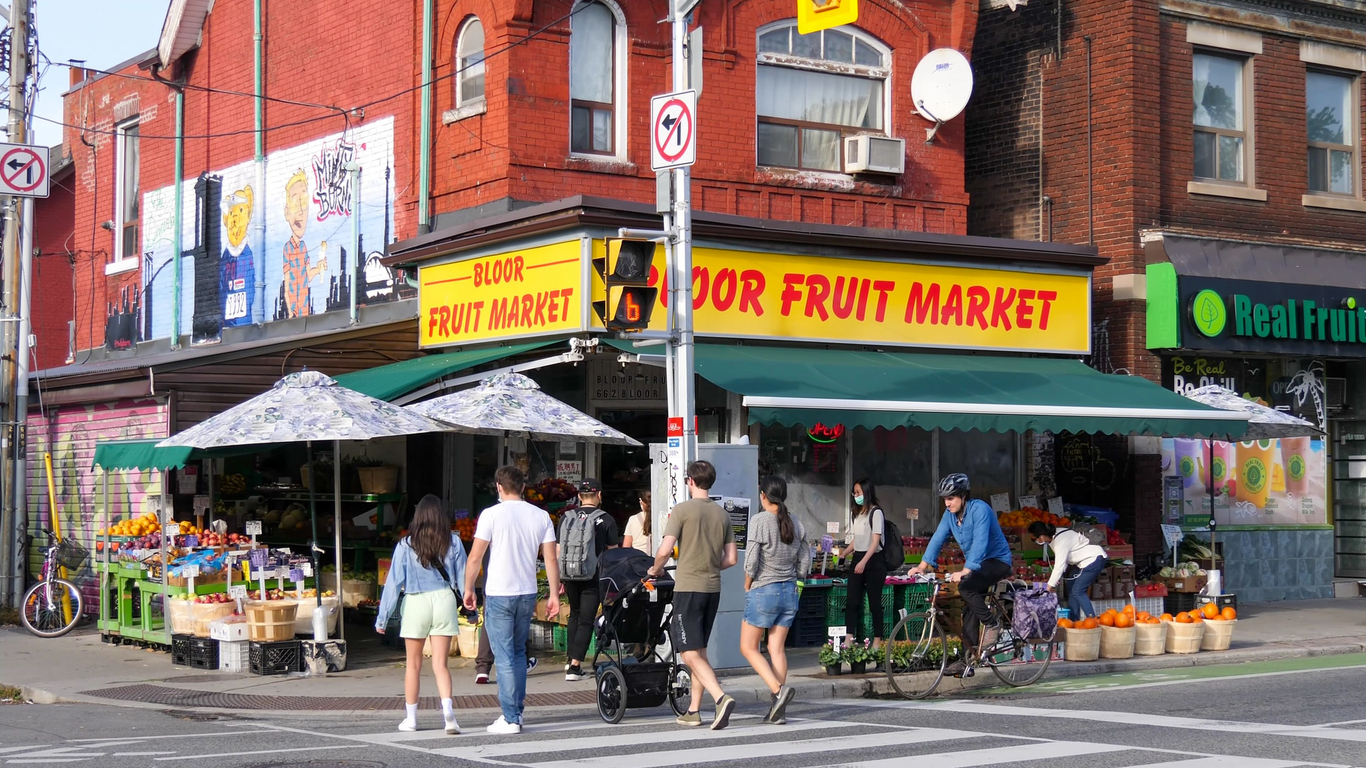 In Toronto: Multiple-property owners are now the largest slice of homebuyers as Toronto real estate is 'insanely competitive" right now.

Elsewhere: Why housing is a drag on Canada's economy and can Canada learn from New Zealand as it ushers in sweeping housing reforms?

Toronto-based Realosophy Realty's John Pasalis joined Yahoo Finance's Jesse Bains and Vancouver-based Oakwyn Realty’s Steve Saretsky for their regular chat to discuss what consumers should be doing to the most of the current market.

CBC's consumer investigation show, Marketplace, looked into buyer agents who steer their clients away from 'For sale by owner' (FSBO) properties - but failed to fully inform buyers about this issue, including how to best protect themselves.

This investor owns 17 homes. He and other multiple-property owners are now the largest slice of Toronto homebuyers (Toronto Star)

Jaggi is among a growing cohort of people who own multiple properties within the city, a group that has in recent years overtaken first-time homebuyers as the biggest slice of Toronto’s home-purchasing market, according to a recent report by Teranet. As recently as 2016, Teranet — Ontario’s title search and registration provider — found the most common kind of person purchasing a Toronto home was a first-time buyer. But from 2016 to 2018, things changed.

The city has asked residents to fill out a survey, which includes questions on how much they support the tax, whether they agree with proposed exemptions and how often the tax should be evaluated. Submissions are being accepted until Monday. Deputy Mayor Ana Bailao, who is also the city's housing advocate, said the public consultation will allow the city to finalize some details of the tax, such as who can qualify for an exemption.

At the macro level, there are election promises from federal and provincial governments that claim to “say yes” to building millions of new homes. But on the micro level, it’s not hard to find examples of bitter fights over the status quo in most cities. An application by Haven Developments to take two single-family homes in Toronto’s Deer Park neighbourhood and convert them into a 12-unit condo building highlights all the legal and political forces that wage war over building even a single new apartment in Canada’s largest city.

Toronto has suffered a series of pedestrian fatalities in recent weeks. There have also been a few bizarre incidents of drivers sending their cars directly into immovable objects, such as buildings. I’m not sure that we’re even seeing more of these incidents, per se, so much as that we’ve just had a group of them clustered close together. But, in any case, it hardly matters — Toronto is an undeniably dangerous city for pedestrians and cyclists in part because our drivers are notoriously awful but also simply because the city is designed in such a way that even uniformly excellent drivers could still experience some fatal accidents. This is all known. None of this is new. And the city government and police seem utterly unable to do much about it. Worse, they don’t seem to be particularly fussed.

Zoning tends to be set at the local level and that creates problems of the kind New Zealand is trying to overcome. City councils are understandably beholden to existing homeowners, and they – also understandably – want the neighbourhood they live to remain unchanged, forever. The result is zoning that freezes neighbourhoods, and entire cities, in aspic. From Toronto to Vancouver and Auckland to Wellington, a lot of residential land in cities is restricted to the least density possible. It makes it hard to add housing, and hence people, to the central parts of town where people want to live, and limits developers and new residents to the periphery or beyond.

While the measures do not mandate development of existing homes, they mean that New Zealanders now have much more freedom to build on their land without butting up against municipal planning laws. A similar law applied to Vancouver and Toronto, for instance, would automatically free builders from the need to seek local approval for a laneway house.

This week’s hearing on private equity’s role in the housing market is the latest effort by Democrats like Brown and Elizabeth Warren to clamp down on alternative-investment firms, which the lawmakers say often profit at the expense of vulnerable Americans. Earlier this week, Warren reintroduced a bill that would require companies to disclosure more about their fees and performance, though the legislation faces long odds in a closely divided Congress. Pat Toomey, the top Republican on the panel, defended private investments in real estate.

For years, when confronted with complaints of uneven property taxes, the New York City Department of Finance has blamed a state law that requires it to ignore the sale prices of condos and co-ops when determining their taxable value. Instead, the law requires city assessors to engage in a kind of thought experiment: Pretend co-ops and condos produce income for their owners—even though they don’t—and set their taxable values based on a hypothetical amount of income they’d generate if they did.

The number of built-to-rent homes — single-family homes constructed expressly for the purpose of renting — increased 30 percent from 2019 to 2020. Today, they make up about 6 percent of all new homes being built in the United States, and that number is poised to double in the next 10 years. This is the fastest-growing sector of the American housing market, and it is increasingly master-planned and built on tracts. On the fringes of America’s second-tier cities, entire villages owned by large-scale investors are popping up, offering renters who either can’t or don’t want to spring for a down payment another path to the American dream.

In a rare display of cross-party collaboration, the housing minister Megan Woods and environment minister David Parker took the podium with the National Party’s leader Judith Collins and its housing spokesperson Nicola Willis on Tuesday, to introduce a bill that will cut urban-planning red-tape and enable up to three houses, three storeys tall, to be built on most sites without requiring resource consent in the country’s major cities.

Chinese policymakers know all this, but somehow haven’t been able to deal with these underlying issues. Instead, they’ve kept the rate of investment very high despite slowing growth — mainly by encouraging huge spending on housing construction. A 2020 paper by Kenneth Rogoff and Yuanchen Yang shows that Chinese investment in real estate now greatly exceeds U.S. levels at the height of the 2000s housing bubble, both in dollar terms and as a share of G.D.P.

END_OF_DOCUMENT_TOKEN_TO_BE_REPLACED
This Week In Real Estate